Politician Bettina Petzold-Maehr was discussing earthquake safety and measures that need to be put into place for when they happen. Ms Petzold-Maehr was in the middle of her discussion on earthquakes when the Parliamentary room began to shake and experience an earthquake. The video clip of the moment the earthquake took place has been making the rounds on the internet. The debate on earthquake insurance came abruptly to an end, as MPs were encouraged to take a quick break, due to possible aftershocks.

Ms Petzold-Maehr addressed Parliament and said: “If there were an earthquake in Liechtenstein, it would be quite likely that many residents would be affected.”

Another German politician added: “The room is rumbling”

Ms Petzold-Maehr said: “Thus the idea of solidarity cannot be lived out because this presupposes that there are also people, who are not affected.

“In order for such a system to work, we need many diversified payers.

“And the area of Liechtenstein is definitely not enough, in this context the following question also arises.

“For me in this context…”

Another politician added: “It’s getting more and more intense, you never know with aftershocks let’s take 15.” 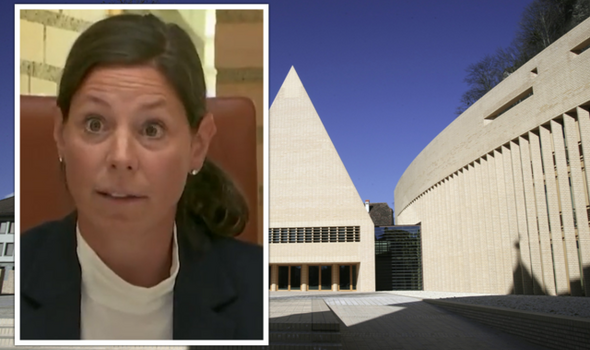 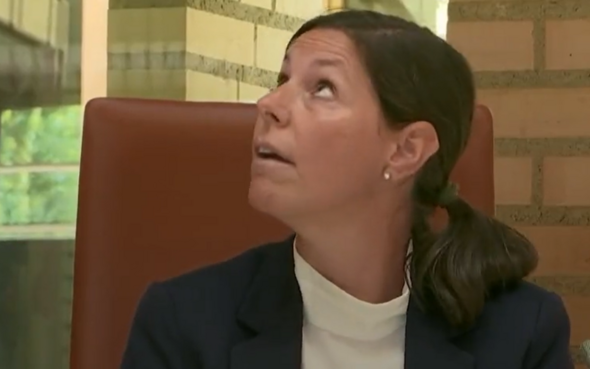 Users on social media have been reacting to the video clip of the earthquake in Parliament.

One user @BScotTanner said: “Jaysus! They just looked surprised and remained calm. Everywhere else the people go running during an #earthquake.”

@BlueDot2022 said: “The earth tremors are likely the result of ‘global warming’ or ‘Russian interference.”

READMORE:Anne Boleyn breakthrough as NEW EVIDENCE gives ‘inside’ look at her inner circle

Earthquake hazard and risk: Explanation of what it means

@SavLocal said: “I now believe that God is intervening in our daily lives and that he’s a bit of a lad.”

@TheAnthonyMark said: “What a coincidence!”

@Estxkid said: “What is the chances of this happening at that exact moment.” 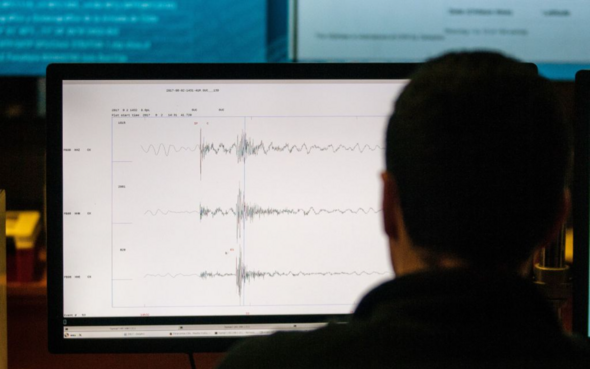 “The highest earthquake risk accumulates in urban areas, such as the cities of Istanbul and Izmir in Turkey, Catania and Naples in Italy, Bucharest in Romania, and Athens in Greece, many of which have a history of damaging earthquakes.

“In fact, these four countries alone experience almost 80 percent of the modelled average annual economic loss of 7 billion Euros due to earthquakes in Europe.”