Frightening to some and mesmerising to others, lightning is one of natures most fantastical events. Lightning is a huge electrical discharge that flows from a cloud to the ground through the air, and these discharges result in sudden flashes of light and trembling sound waves.

Lightning is caused by instability in the air – when warm air exists underneath much cooler air in the atmosphere.

As the warm air rises it cools and condenses forming small droplets of water.

As the warm air continues to rise, the water droplets combine to create larger droplets which freeze to form ice crystals.

As a result of circulating air in the clouds, water freezes on the surface of the droplet or crystal. 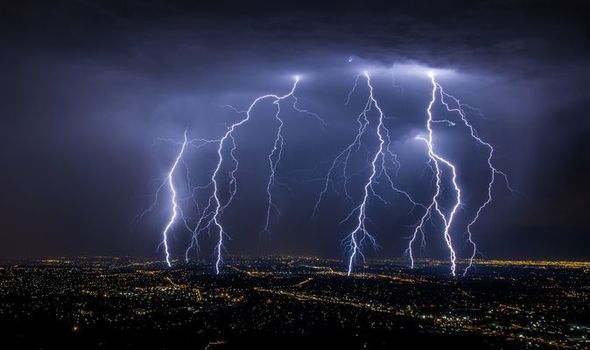 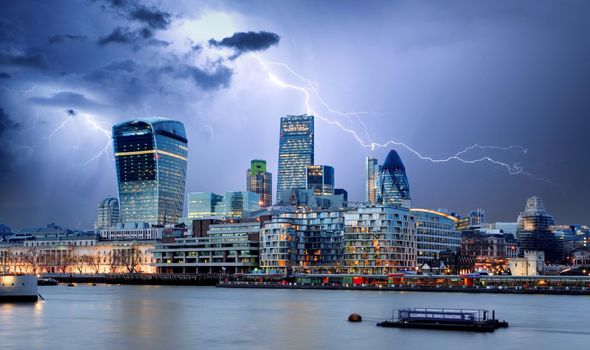 Eventually, the droplets become too heavy to be supported by the updraughts of air and they fall as hail.

As hail moves within the cloud, it picks up a negative charge by rubbing against smaller positively charged ice crystals.

A negative charge forms at the base of the cloud where the hail collects, while the lighter ice crystals remain near the top of the cloud and create a positive charge.

The negative charge is attracted to the Earth’s surface and other clouds and objects – this is why lightning can strike trees and tall buildings.

When the attraction becomes too strong, the positive and negative charges come together, or discharge, to balance the difference – resulting in a flash of lightning. 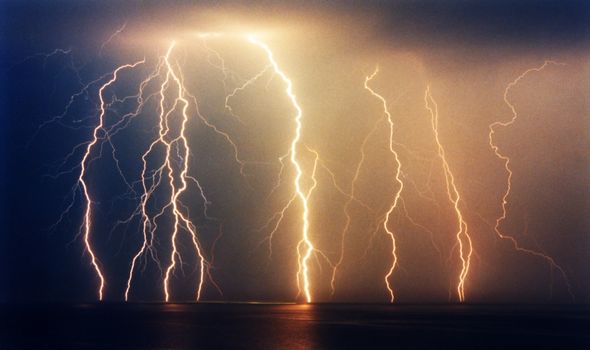 How common are lightning strikes?

Lightning happens over the UK all year round, but you might be surprised to know how common lightning is – even though you might not see it too often.

Potentially dangerous cloud-to-ground strikes make up only one-quarter of all lightning generated by thunderstorms.

Most other lightning happens wholly within the cloud and is visible only as a brightening of the cloud – this is called sheet lightning.

Thunderstorms may occur in any part of the UK and in any month although southeast England and the summer half year, especially the months of May to August inclusive, give rise to the highest incidence of thunderstorms and resulting lightning.

Each year the UK, Ireland and the surrounding seas typically experience 200,000 to 300,000 lightning counts.

Analyses of lightning fatalities over the past 25 years in the UK shows that, on average, two people are killed by lightning each year and around 30 people injured. 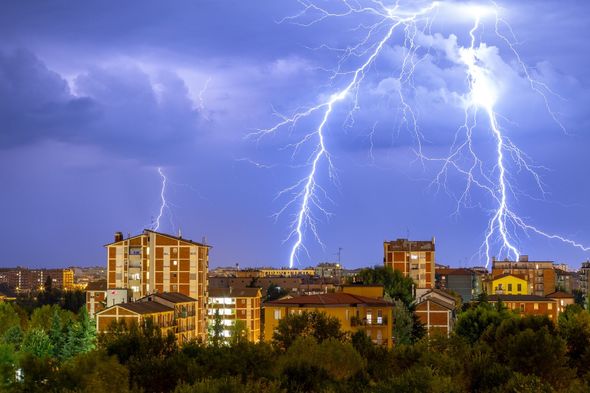 Although lightning is a potentially lethal high-voltage electric current, it has contact with a person for only milliseconds unlike the longer lasting and continuous current experienced if someone touches a bare wire of an indoor electrical circuit or an outdoor power cable.

Three-quarters of people struck by lightning outdoors in the UK in the past 25 years have been men.

If only fatal incidents are considered, males accounted for four out of five.