SINGAPORE (Reuters) – Singaporeans headed to restaurants to reunite with lovers and friends on Friday as the city-state lifted restrictions on socialising and dining out after more than two months of lockdown. 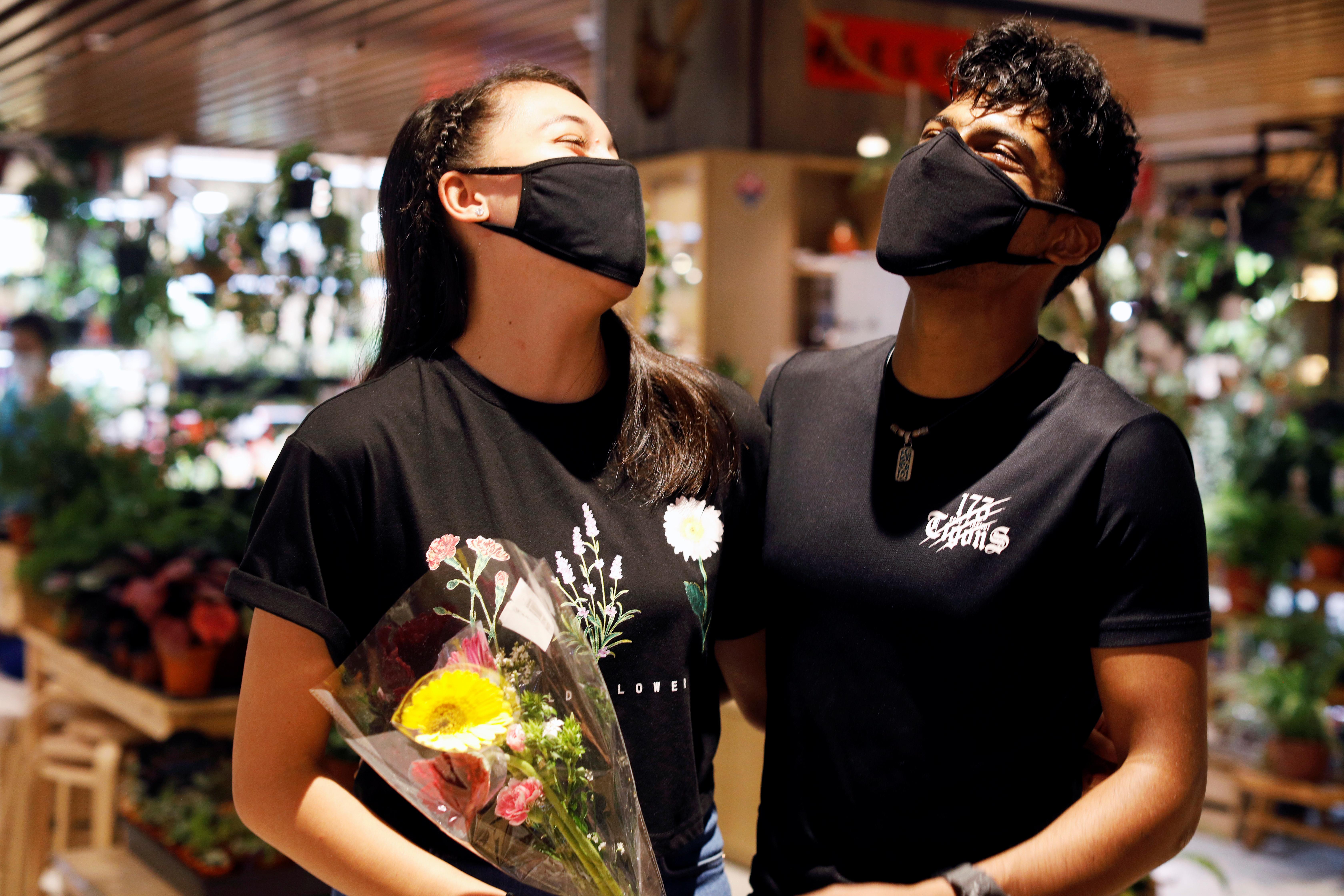 Many residents have been forbidden from mixing with anyone outside their family since early April under measures taken to curb a COVID-19 infections which have topped 41,000 – one of the highest tallies in Asia.

Jerry, 22, and his girlfriend – who have been apart for weeks – queued up at a stand serving bubble tea in a neighbourhood mall at mid-morning.

“We came early. We wanted to avoid the crowds,” Jerry said, adding the couple planned to spend the rest of the day at home chilling and catching up.

A nearby coffee shop serving kaya toast – slices of bread slathered with butter and coconut jam and served with runny eggs – was at full capacity with masked patrons who had scanned QR codes for contact tracing before entering.

Singapore reported its first virus case in January and won international plaudits for its early containment efforts before a surge in imported cases and outbreaks in cramped migrant dormitories forced it into lockdown.

Across the island on Friday, old friends sipped tea at hawker centre tables previously covered in red tape while once-empty parks bustled with children playing on swings and slides.

Some just couldn’t wait for lunch.

John, 24, and Samantha, 21, were one of several couples queuing outside a closed sushi restaurant at 11am as staff inside scurried around preparing for the lunch rush.

“We have been talking about sushi for a while,” said Samantha, adding that they had been holding off until their reunion meal because delivery rates were expensive.

Some food outlets had erected plastic screens between tables while staff at a low-price retailer were hurriedly putting down yellow tape to keep people apart in a long queue that had formed outside their shop.

“It was a huge change, we are so used to dining out a lot,” said Haisini, 27, of the lockdown. “I was very bored,” she added as she stood with her mother in the queue.