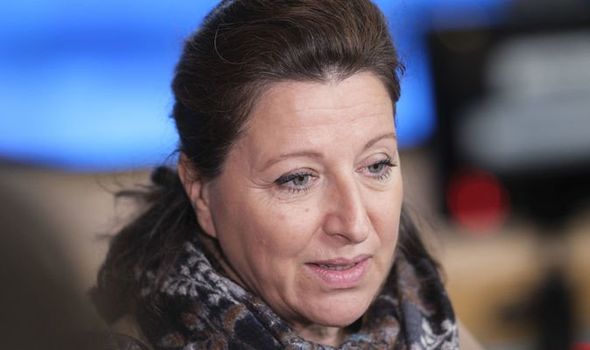 Conservative candidate Rachida Dati was seen coming in first place with 25 percent of the vote, followed by Socialist incumbent Anne Hidalgo on 23 percent.

Gaël Sliman, the president of Odoxa, told Le Figaro: “A majority of voters are fed up with Anne Hidalgo. And in light of LREM’s recent troubles, they’re now turning to Rachida Dati”.

A separate poll by Harris Interactive predicted a similar outcome.

The survey for news channel LCI also showed Mme Buzyn lagging behind her left and right-wing rivals with 17 percent of the vote.

This poll, however, showed Mme Dati and Mme Hidalgo running neck-and-neck with 23 percent of the Parisian vote.

With just a month to go until the municipal vote, Mme Buzyn has scrambled to reboot a campaign that fell apart overnight when M Macron’s previous candidate was forced to pull out over a scandal.

Benjamin Griveaux, one of the original “Macron boys”, quit the race last week after sexual images he sent to a woman in 2018 were published online.

M Griveaux, who is married, has not disputed that he sent the racy text messages and video.

Mr Pavlensky and his girlfriend Alexandra de Taddeo, the alleged recipient of M Griveaux’s texts, were taken into custody in Paris on Saturday and questioned for two days.

Both have since been charged with invasion of privacy and publishing images of a sexual nature without consent.

Mme de Taddeo, 29, has been ordered to refrain from contact with her boyfriend.

The 35-year-old Russian is best known for his radical political protests.

He once nailed his scrotum to the ground in Moscow’s Red Square and set fire to doors at the headquarters of Russia’s state security agency and the Bank of France.

The leaking of the video sparked a flurry of sympathy for M Griveaux in France, where politicians’ private lives have long been considered off limits.

Despite his party’s tepid performance in polls, M Macron remains determined to win the battle for Paris, a key city where he hopes to consolidate his support base ahead of the 2022 presidential election.

• The Odoxa poll of 809 people and the Harris Interactive poll of 1,092 people were both conducted online between February 17-19.