The French President and First Lady Brigitte Macon were at the centre of a massive security scare as they walked hand in hand in Paris park, the Tuileries Garden. Shocking video footage shows angry anti-government protestors approaching the pair at the end of Bastille Day swearing, booing and shouting “Macron resign!”.

Mr, Macron, 42, who was flanked by security guards, attempted to calm the protestors by walking towards them and wishing them a “Happy July 14” and “stay cool and there will be no problems”.

He said protestors were not “models of respect” before saying: “It’s a public holiday and I’m going for a walk with my wife”.

But an angry protestor goaded him, saying: “Mr President, I’m older than you. You are my employee, Mr President. 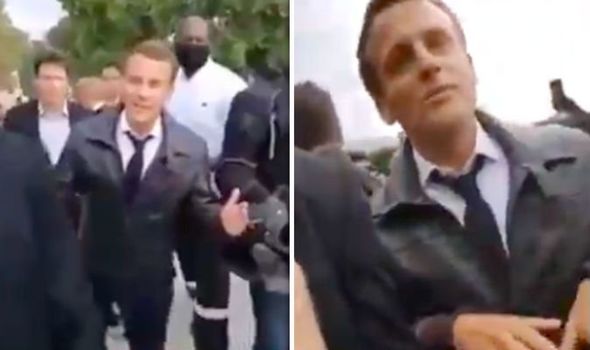 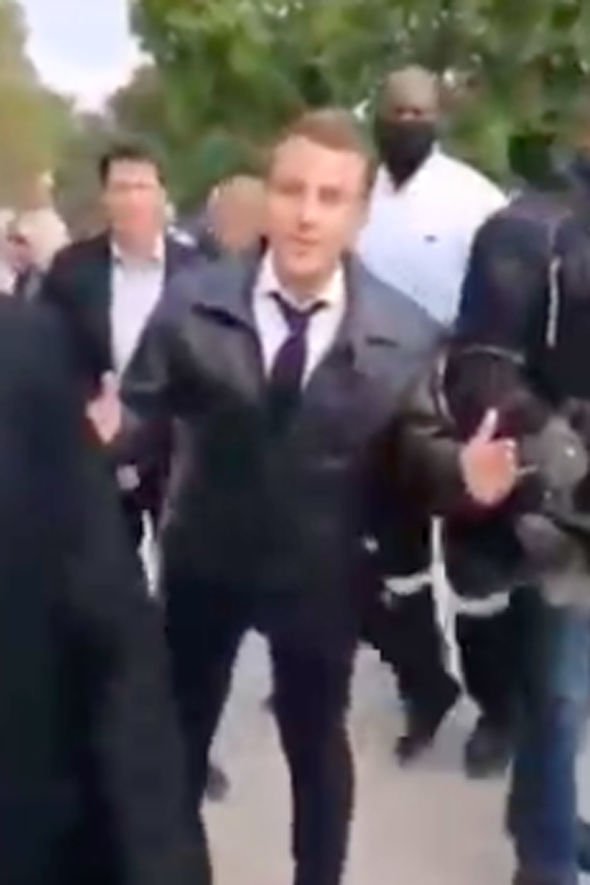 “We are respectful, I did not show you disrespect, at least not today.

The couple eventually managed to make their way back to Elysees Palace. 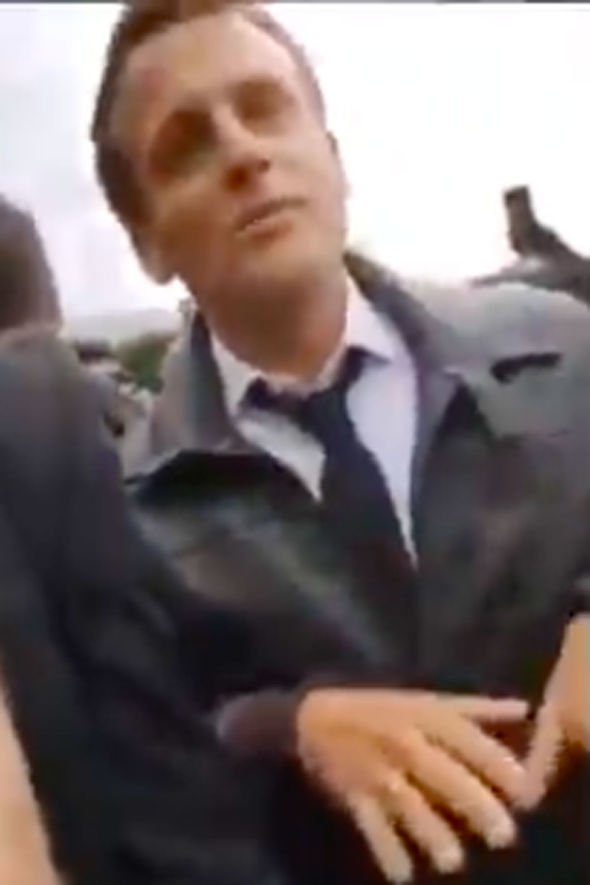 Mr Macron is facing a battle to be reelected in the 2022 French Presidential Elections after his République en Marche party suffered poorly in the recent French municipal elections.

The commotion comes on the same day France held a scaled-down annual Bastille Day celebration on Tuesday, with none of the usual tanks and troops parading down Paris’s Champs Elysees avenue, in a concession to the COVID-19 epidemic still stalking Europe.

Instead, President Macron, standing in the back of a military jeep, reviewed ranks of socially-distanced troops in the Place de la Concorde square after a flypast by military aircraft. 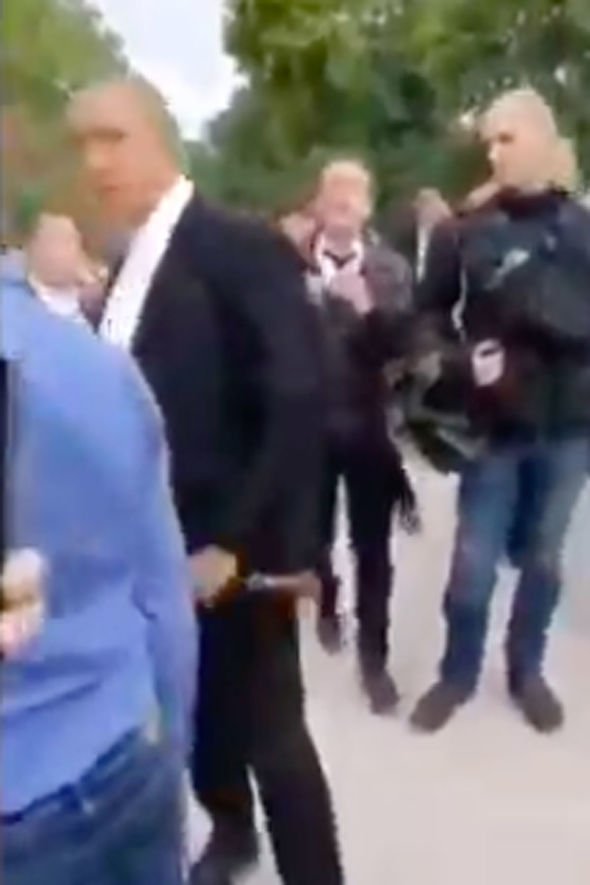 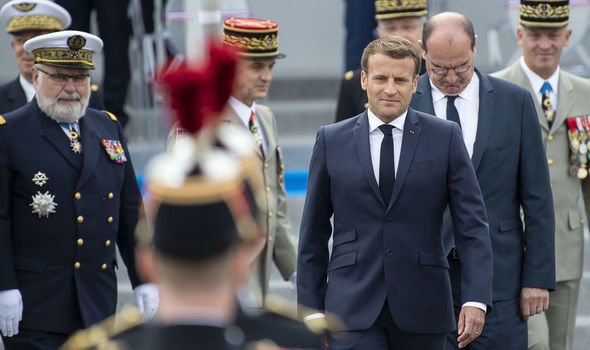 In a message released ahead of the parade, he said: “I wish, with all the French, with the armies themselves, to pay a vibrant tribute to health workers and those who, in all sectors, have enabled public, social and economic life to continue.

“The dedication, tenacity, courage, solidarity that emerged strongly everywhere, in our cities as in our countryside, command admiration.”

It is the first time since 1980 that the annual parade has not been held along the Champs Elysees. 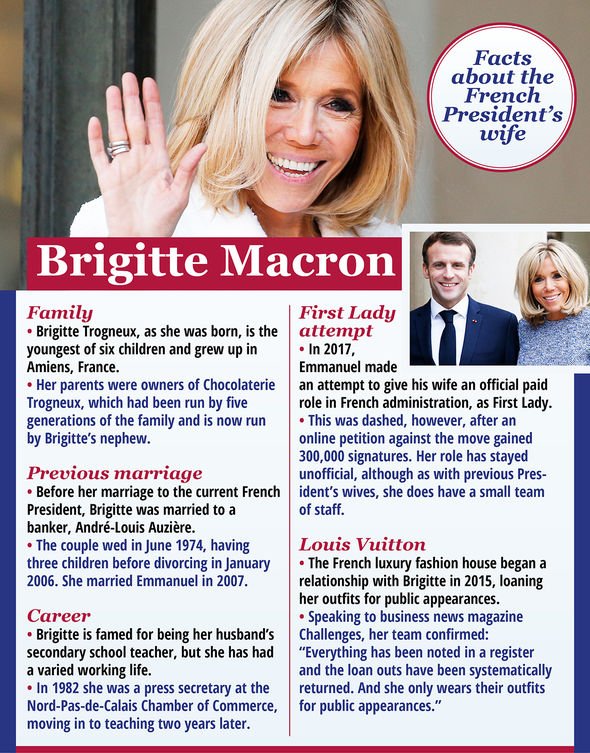 Spectators on Tuesday were not allowed near Place de la Concorde, Paris’ largest square, to avoid the spread of the disease that has killed at least 30,000 people in France.

The parade kicked off with the traditional flypast by the country’s air force, with acrobatic jets trailing blue, white and red smoke. Dignitaries in the reviewing stands were seated at adistance from each other.

Bastille Day, or the French National Day, dates back to the 1789 revolution. On that day, citizens stormed the Bastille fortress, which was used to detain prisoners and had become asymbol of the harsh rule of the French monarchy.

Traditionally, the national holiday is rounded off with a fireworks display, with thousands of people gathering in the area around the Eiffel Tower to watch.

The fireworks will go ahead this year, but the parkland around the tower will be closed to the public.