Lukashenko says Russia 'must be ready' to use nuclear arsenal

The video explains the most important three rules for residents of the city to follow in the event of such an attack. Concerns have been raised following a claim from propagandists that Russian atomic weapons could wipe out the east coast of the United States.

The video by New York City informs people to stay inside, close doors and windows and if outside during the attack to quickly remove and bag their clothes and get clean.

The woman in the video says: “So, there’s been a nuclear attack, don’t ask me how or why just know that the big one has hit okay?”

She then goes on to explain the three important steps: “Get inside fast…staying in the car is not an option. You need to get into a building and move away from the windows.

“Step two: Stay inside. Shut all doors and windows. Have a basement? Head there. If you don’t have one, get as far into the middle of the building as possible. 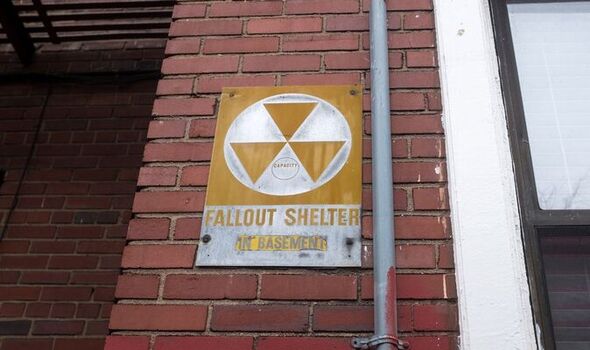 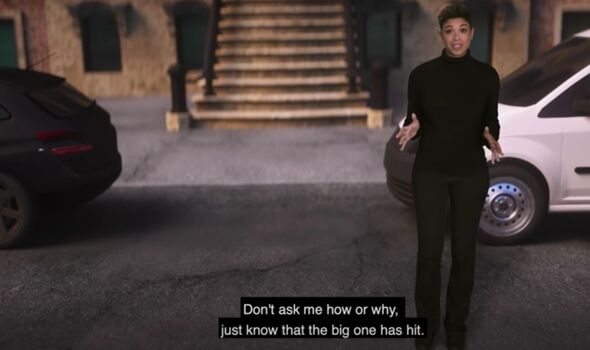 “If you were outside after the blast, get clean immediately. Remove and bag all outer clothing to keep radioactive dust or ash away from your body.

“Step three: Stay tuned. Follow media for more information. Don’t forget to sign up for Notify NYC for official alerts and updates. Don’t go outside until officials say it is safe.”

The release of the video has sparked concern amongst people in New York and on social media.

Twitter user @IamTomOB tweeted: “That’s pretty f’n serious. If there wasn’t a reason to publish it, they wouldn’t.” 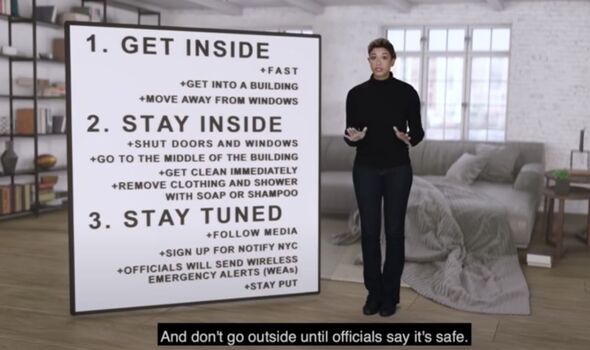 Though the video comes days after Russia announced tests on its Satan-2 hypersonic nuclear missile ahead of going into “serial production”, the timing of New York’s video is not due to any increased threat or concern.

The New York Emergency Management Department stated on Tuesday that the video is only to inform those in the city about what to do and that the likelihood of such an attack is “very low”.

New York City Emergency Management Commissioner Zach Iscol said: “As the threat landscape continues to evolve, it is important that New Yorkers know we are preparing for any imminent threats and are providing them with the resources they need to stay safe and informed.”

Glenn Beck, a political commentator and radio host in the United States posted a clip of his reaction to the public safety announcement.

DON’T MISS:
Prince Andrew ‘does not deserve any benefits’ of being a working royal (POLL)
Truss SAFE in Tory leadership contest but seven hopefuls face wipe out (INSIGHT)
‘Likely to beat Rishi’ David Davis gives his verdict on his backing (REVEAL) 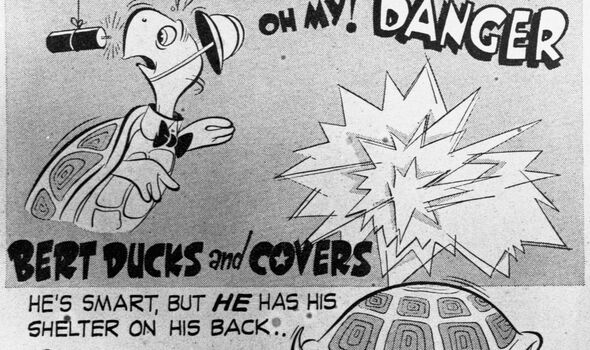 In it he says: “Why are you producing this right now? It’s a modern-day duck and cover and I haven’t seen one of those since I was in high school.

“I haven’t seen those since Reagan was President.

“I know I’ve been on vacation for a while, I’m just wondering is there a story I have missed?”