A man has been arrested on suspicion of murder after an 88-year-old widower was killed in a quiet village.

Dennis Kellond, who lived alone, died from a head injury in Godstone, Surrey.

His body was found on Monday by his son after a neighbour raised the alarm. 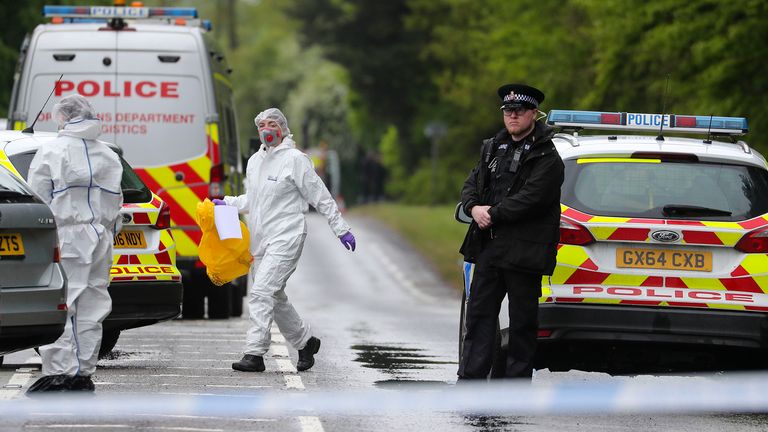 Surrey Police has said a 41-year-old man from Lingfield has been arrested and is in custody.

Mr Kellond was last seen cutting a hedge in the garden of his bungalow before the weekend.

He has been remembered as a “lovely chap” who played an active part in the community.

Mr Kellond had shared his home with his wife Sylvia until her death in 2013. The couple had three children.

The red-bricked bungalow sits behind a wall and large gates close to the village of Godstone, just off the M25 motorway in Surrey.

Police have not formally identified the victim, but he was named by Reverend Peter O’Connell, from nearby St Nicholas Church.

Mr O’Connell described Mr Kellond as “helpful” and “nice to talk to”.

“He was still out and about coming to things like coffee mornings at 88, still involved in village life and will be missed.”

“You sort of expect that if absolutely terrible things happen in the world, then it’s not going to be anything here, and especially not to someone who is 88 and no threat to anyone.”

Neighbours said his murder followed a string of break-ins in which masked suspects had stolen bicycles and tools from garden sheds.

Police asked anyone who was around A25/Bletchingley Road – between Ivy Mill Lane and Knights Way – from 11am to 3pm on Saturday to contact them.