Weather warnings put in place by the Met Office finally expire today, as the country recovers from days of wind and rain. The agency previously warned of flooding and a “threat to life” from heavy rain in amber alerts, which they lifted at 6am today. While the final warning is not quite as severe, today’s precedes a miserable month.

How long will the wet weather last?

Over the last few days, many people across the country have found themselves battered by wind and inundated with rain.

The final Met Office warning states the adverse conditions will continue until at least 6pm today in Northern Ireland.

Forecasters warned up to 1.5 inches of rain could fall over the country, with accompanying strong winds. 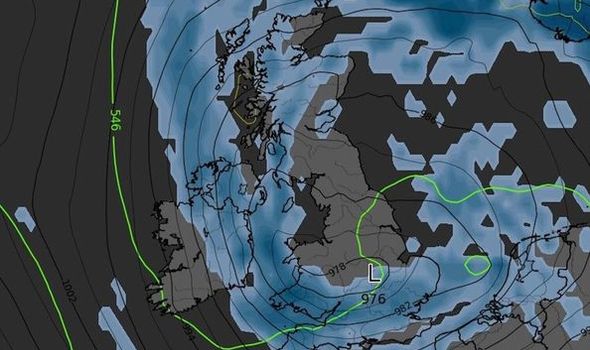 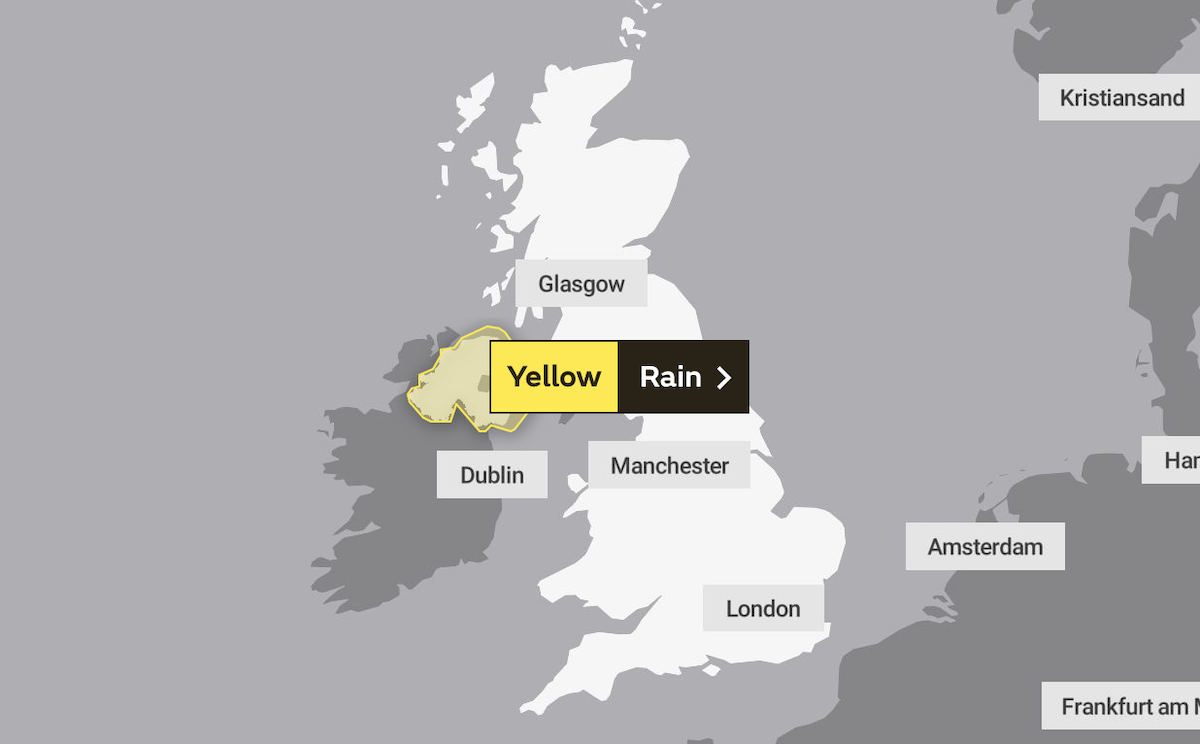 The long-range weather forecast suggests the UK will see more of the same for most of this month.

Their analysis, which covers October 8 to 17, states most of the country will see sustained rainfall.

They added winds could pick up once more and batter the country with gale-force strength.

The forecast reads: “Unsettled weather will dominate early in the period, with all parts of the country seeing showery spells, as well as periods of more prolonged rainfall.” 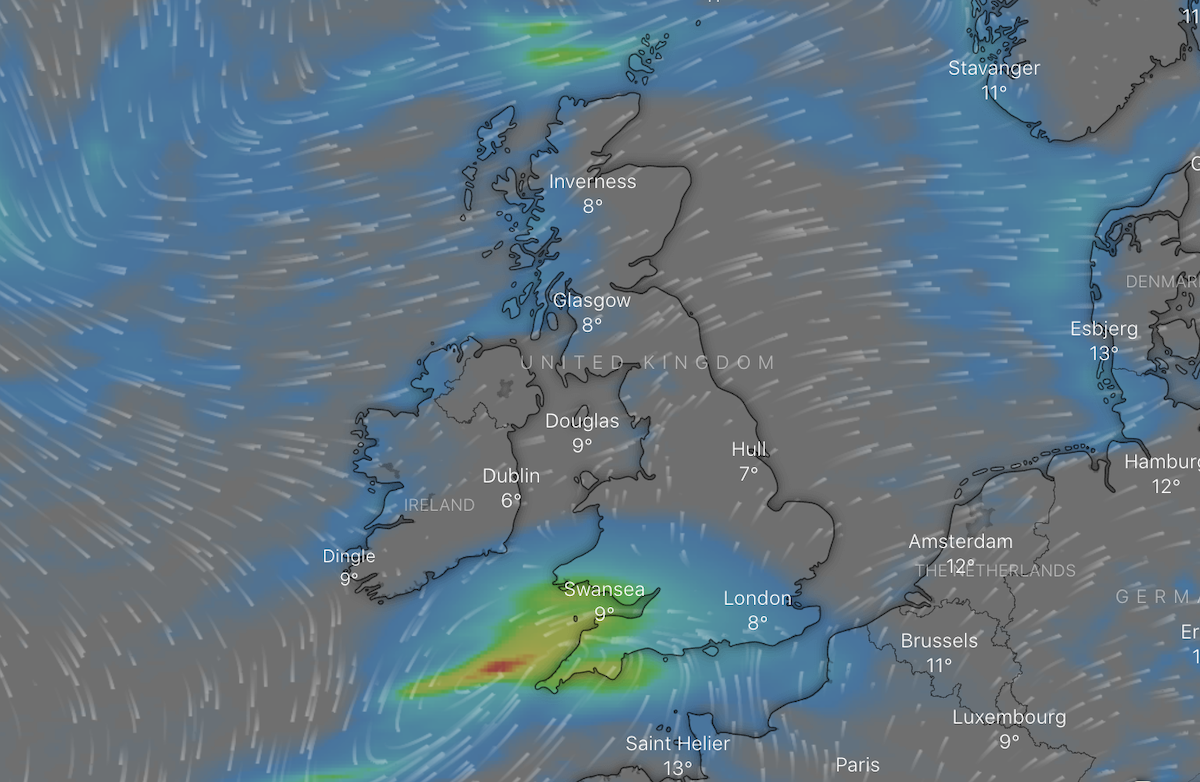 “Southern and western areas will likely see the most frequent and heaviest rainfall.

“Some periods of dry, calm conditions may occur at times.

“It will often be windy, sometimes with a risk of gales, particularly along west and south-western coasts.

“It will likely feel rather cold. Later in the period, a potential change in the weather is signalled around mid-October.” 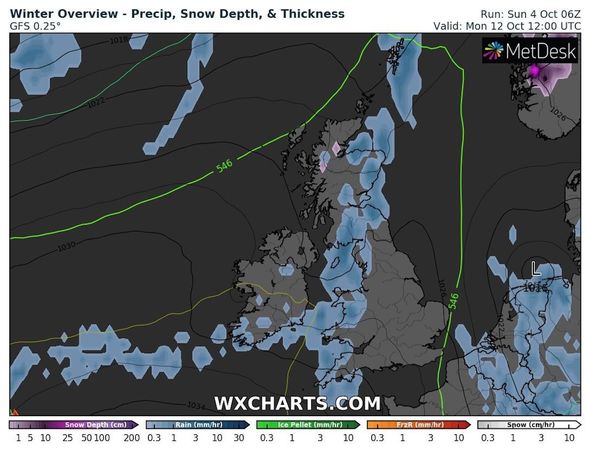 “Here, further rain and strong winds are likely, but spells of fine and dry weather could become more widespread and long-lived.

“At night, these calmer conditions will allow frost and fog to form more readily, particularly in the north, and linger well into the daytime.”

The more distant forecast, which covers October 18 to November 1, states the weather will end up settled once more.

The Met Office added towards November, the temperatures would pick up, and winds would calm down.

The later forecast reads: “Towards late October, it is likely there will be a return to unsettled conditions, with plenty of rain and showers.

“However, there will continue to be some interludes of dry and settled conditions.

“The winds will generally be light, but some spells of windy weather will develop at times.

“Overall, temperatures are likely to recover to close to the seasonal average for October, to feel normal for the time of year.”