The UK was lashed by Storm Dennis this weekend, but weather forecasts predict rainfall to continue into later this week. The Met Office has extended its current rain warnings on Wednesday and Thursday, and issued new warnings for Friday and Saturday.

Yellow rain warnings already in place accross Wales have now been extended to include parts of northern England.

The yellow rain warning is in place between 6pm on Wednesday until 3pm on Thursday. 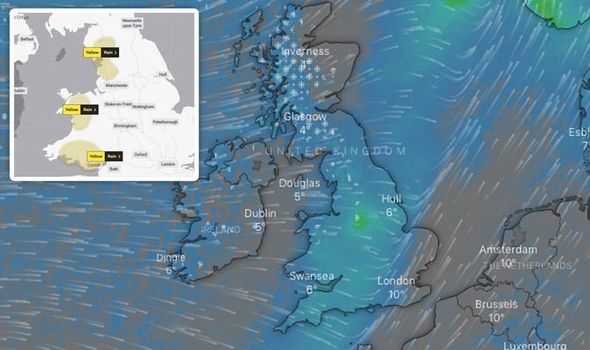 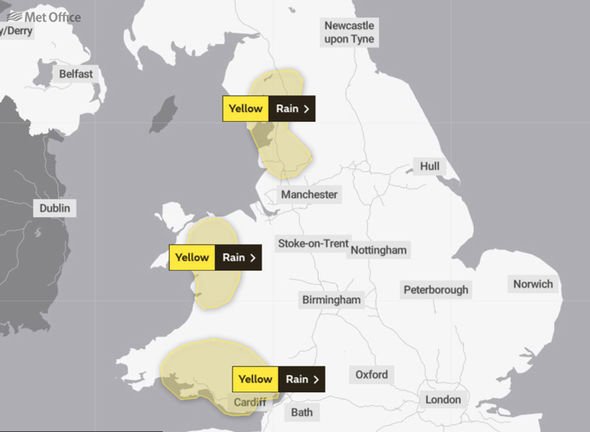 The yellow rain warning for parts of Wales remains in place for this time also, which cover South Wales and parts of north west Wales.

Cities affected include Swansea and Cardiff.

The Met Office warn: “An Atlantic weather system arriving on Wednesday is expected to bring a further spell of rainfall which is likely to become particularly prolonged over areas of high ground.”

A new yellow rain warning has now been issued for Friday from 12pm until 6am on Saturday, affecting Leeds, York and Sheffield. 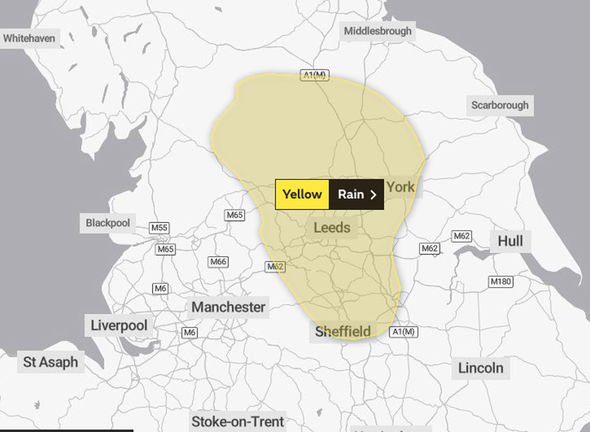 “Rain is expected to turn persistent and occasionally heavy over parts of the Pennines before clearing early on Saturday.

“Given the recent wet conditions this brings a chance of flooding.”

The UK has witnessed two storms in quick succession over the last few weeks.

Storm Dennis struck this weekend, and has caused widespread flooding and disruption.

The severity of the storm prompted the Met Office to issue a rare red warning.

Worst-hit areas include South Wales, Shropshire, Worcestershire and Herefordshire, where major incidents were declared due to landslides and rivers bursting their banks. 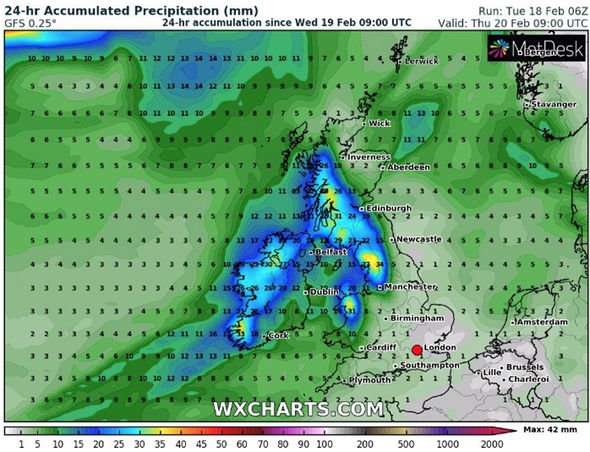 The Environment Agency broke its record for most flood warnings in one day after more than 600 were issued on Sunday.

The Environment Agency said more than 400 properties have flooded since the storm hit this weekend, with some 270 properties located in the West Midlands.

Storm Ciara hit the UK the weekend prior, damaging more than 800 properties.

In some regions the country witnessed winds up to 97mph.