The Met Office has put a severe weather warning for rain in effect across Britain. The weather warning was issued on Wednesday morning and advises Britons of heavy rain which may cause some flooding and travel disruption to impacted regions. But where exactly is the warning in effect?

The Met Office weather warning is in effect from 4pm on Wednesday until 9am on Thursday reads: “There is a small chance of fast flowing or deep floodwater and some communities could be cut off by flooded roads.

“There is a small chance that homes and businesses could be flooded, causing damage to some buildings

“Spray and flooding on roads probably making journey times longer and may lead to some road closures.

“Where flooding occurs, there is a chance of delays or cancellations to train and bus services.” 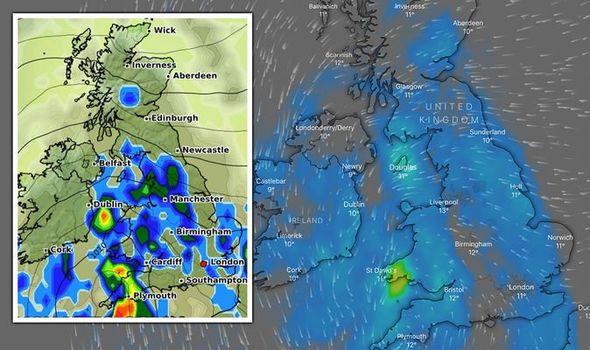 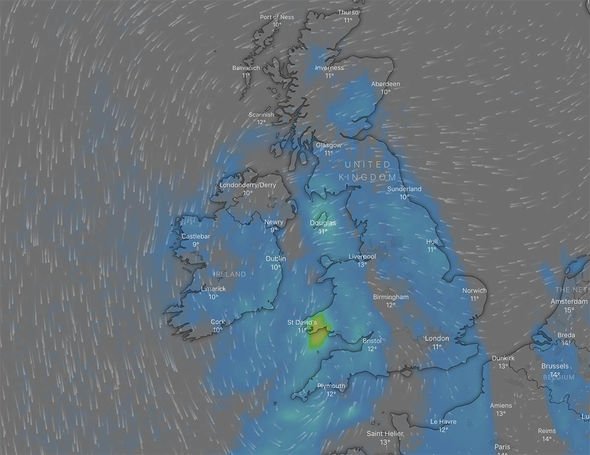 This rainfall should then break up and clear during Thursday morning.

In total, up to seven cm could fall in some areas, with up to three cm expected widely.

The bulk of the rain is anticipated within a six hour period. 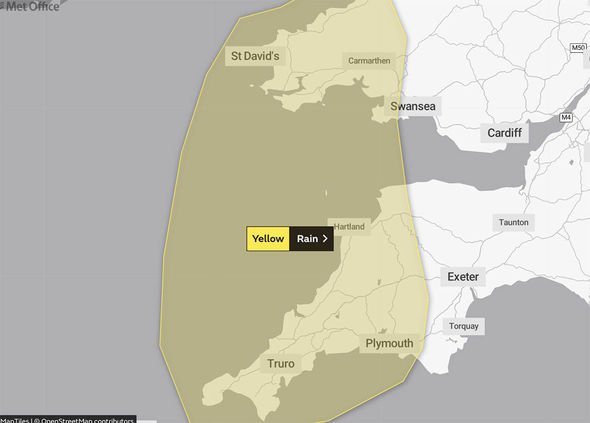 The specific regions affected will be:

The Met Office weather forecast for the UK on Wednesday advises the day is likely to be largely unsettled.

Most areas across Britain will see a mixture of few sunny spells and showers or longer spells of rain.

The heaviest showers will tend to be over western Scotland, Wales and parts of the Midlands.

On Wednesday night, some torrential downpours will hit parts of Wales, Devon and Cornwall.

Some showers will impact other parts of England whilst Scotland and Northern Ireland become drier. 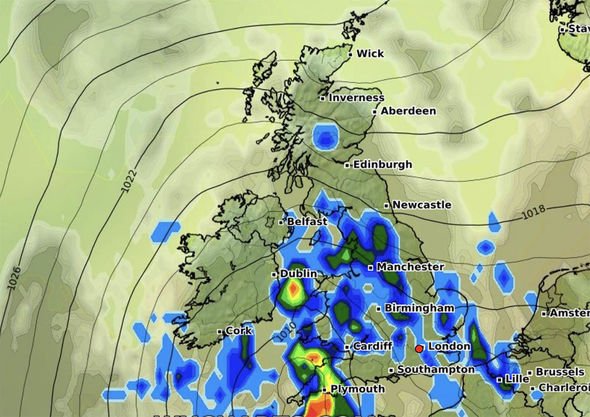 On Thursday, the weather is expected to be largely dry for Scotland, Northern Ireland and northwest England.

The best sunshine is expected over western parts in these regions.

Elsewhere, more unsettled with some showers again, especially over southern UK and windy weather is to be expected.

Most areas will continue to see rain and showers towards the weekend, which could turn thundery.

The Met Office long-range forecast for June 14 to June 23 forecasts the mixed weather to continue.

The forecast reads: “Dry on Sunday for many with sunny spells after any patchy fog clears.

“Northeastern parts, however, may see some rain or drizzle with scattered, perhaps heavy, showers in the west and southwest.

“The weather becomes rather mixed through the rest of the period with all parts seeing some drier and sunnier spells but with but the chance of showers developing.

“The showers may be heavy and merge into longer spells of rain at times with a risk of thunder also, although thunder mainly in southern or southwestern parts of the UK.

“Northwestern areas will likely see the best of any drier and sunnier conditions.

“Eastern coasts will often be cooler with mist here at the start of the period.

“Elsewhere though temperatures will be warm or very warm at times.”