The Met Office has issued several wind warnings for the coming weekend potentially showing the next storm of 2020 hitting the UK as deluged communities continue to struggle after the devasting impacts of Storm Ciara and Storm Dennis.

The Met Office has issued another raft of weather warnings – this time for wind as Britain prepares for more stormy conditions this weekend. 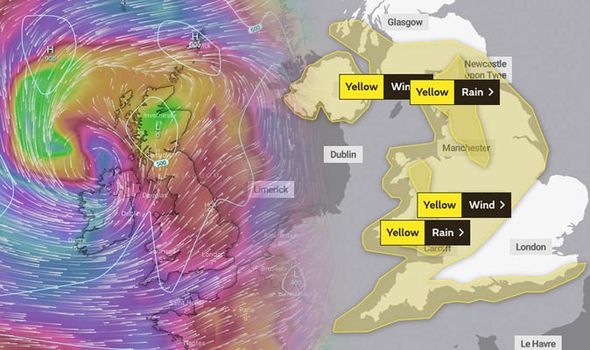 Most of the country will experience the ferocious winds, but the worst-hit areas will be: