The Met Office have several weather warnings in place this weekend and now have extended their snow and ice warning into Sunday. Wintry showers are on the cards for the warning areas, with several centimetres forecast.

The Met Office states: “Wintry showers, including snow settling away from the west coast, will continue through Saturday onwards into early Sunday.

“Icy patches will be an additional hazard along with some strong, gusty winds.”

Snow will impact driving conditions with icy patches on roads and the potential for travel delays. 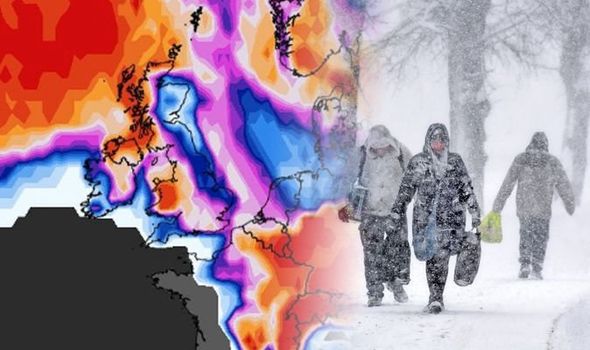 The snow and ice warning is now in place until 10am on Sunday.

The areas in the snow and ice warning are Central, Tayside & Fife, Grampian, Highlands & Eilean Siar and Strathclyde

Those in the warning areas are told to expect 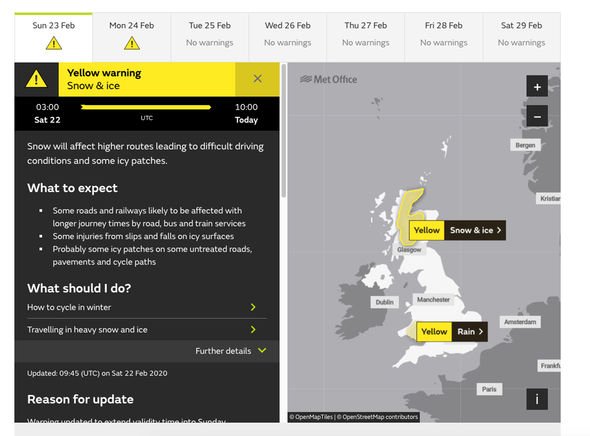 Further warnings for rain and wind are also in place on Saturday, as an area of low-pressure sweeps the UK.

A yellow weather warning for rain is in place across Wales, with the Met Office warning a persistent band of heavy rain will hit areas already saturated from two weekends worth of storms.

The warning for rain states: “An area of rain is expected to move from west to east across the south of the UK, and may be especially persistent over mid and south Wales, which contains catchments which are currently saturated and highly sensitive to further rainfall.”