Home » World News » Met Office weekend weather: What will the weather be like this weekend? Maps and charts

Met Office weekend weather includes several warnings for the UK, as rain and wind pursues in the wake of Storm Dennis. Most of the UK will see a continuance of limited rain and wind, but some regions will continue to battle severe weather.

Met Office forecasters continue to lay down weather warnings for the UK this week, with yellow alerts in place over England.

The country has dealt with excessive rain over the last week, which has caused several rivers to burst their banks and flooded parts of Wales and the west coast.

Severe conditions continue from Friday when the Met Office has four new warnings.

The agency has released three yellow alerts for rain on Friday and one for wind, in effect for northern England, Scotland and Northern Ireland. 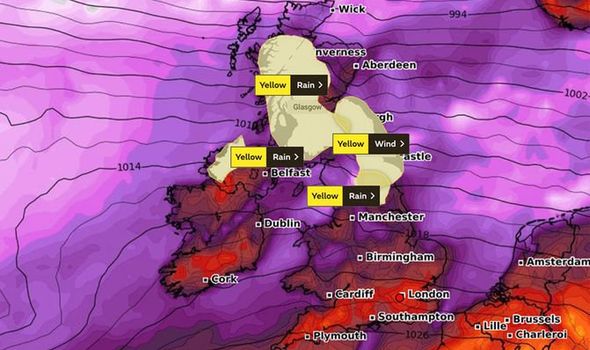 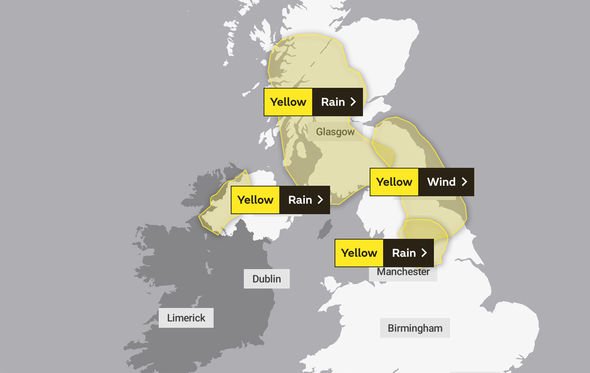 In those areas, rainfall totals will likely average at 20 to 40mm but could rise as high as 80mm.

The yellow wind warning, in place for northeast England, southwest Scotland, Lothian Borders and Yorkshire & Humber could see winds of up to 60mph batter the east coast.

The warnings are in effect from 8am on Friday, February 21 to 9pm on the same day. 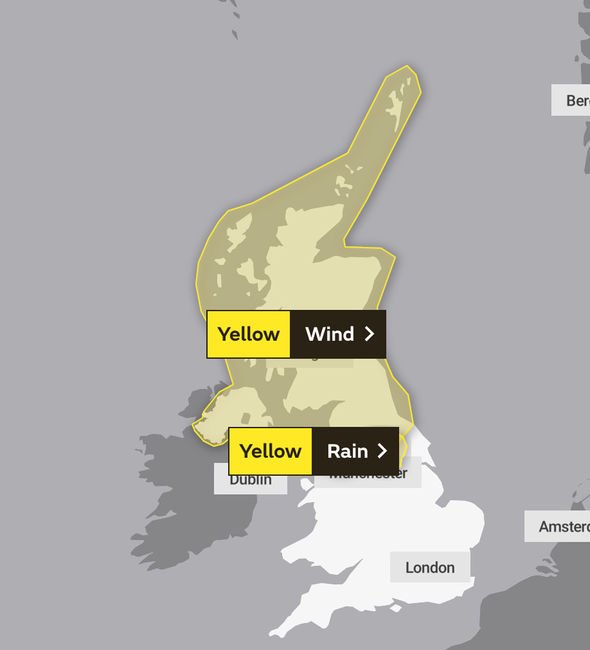 Yorkshire and Humber remains on alert for rain into Saturday at 6am.

Officials with the Environment Agency have warned the rain could cause excessive flooding in northern England.

Caroline Douglass, Director of Incident Management at the Environment Agency, said people should take heed of flood warnings, especially those living across the Pennines and near the river Severn.

She said: “Further spells of rain in northern England from Friday and into the weekend may lead to further significant river flooding, particularly across the Pennines, while ongoing river flooding remains probable for the lower Severn for the remainder of the week.”

“This is the third weekend we have seen exceptional river levels and stormy weather, and with the effects of climate change, we need to prepare for more frequent periods of extreme weather like this.” 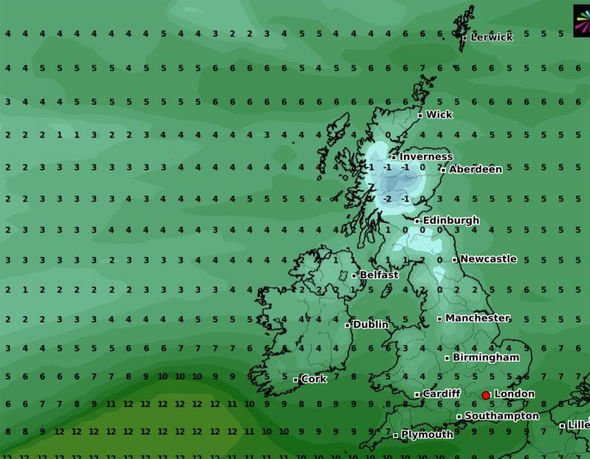 “People need to be aware of their flood risk, sign up to flood warnings, make a flood plan and not to drive or walk through flood water.”

Another warning for wind is in place for most of northern England and Scotland on Saturday.

The Met Office expects strong gusts of 55 to 65mph in some areas and maximums of 75 mph in Scotland.

According to weather maps from WXCharts, the rest of the country is spared from the aggressive rain and wind, but a band of rain will pursue across the south from the west on Sunday.