MEXICO CITY (Reuters) – Six months after an acid attack in Mexico, Maria Elena Rios is now speaking out in hopes officials will find and punish her aggressor. Talking through a bandage covering the burns on her face, she has a message for other women: Do not live in fear. 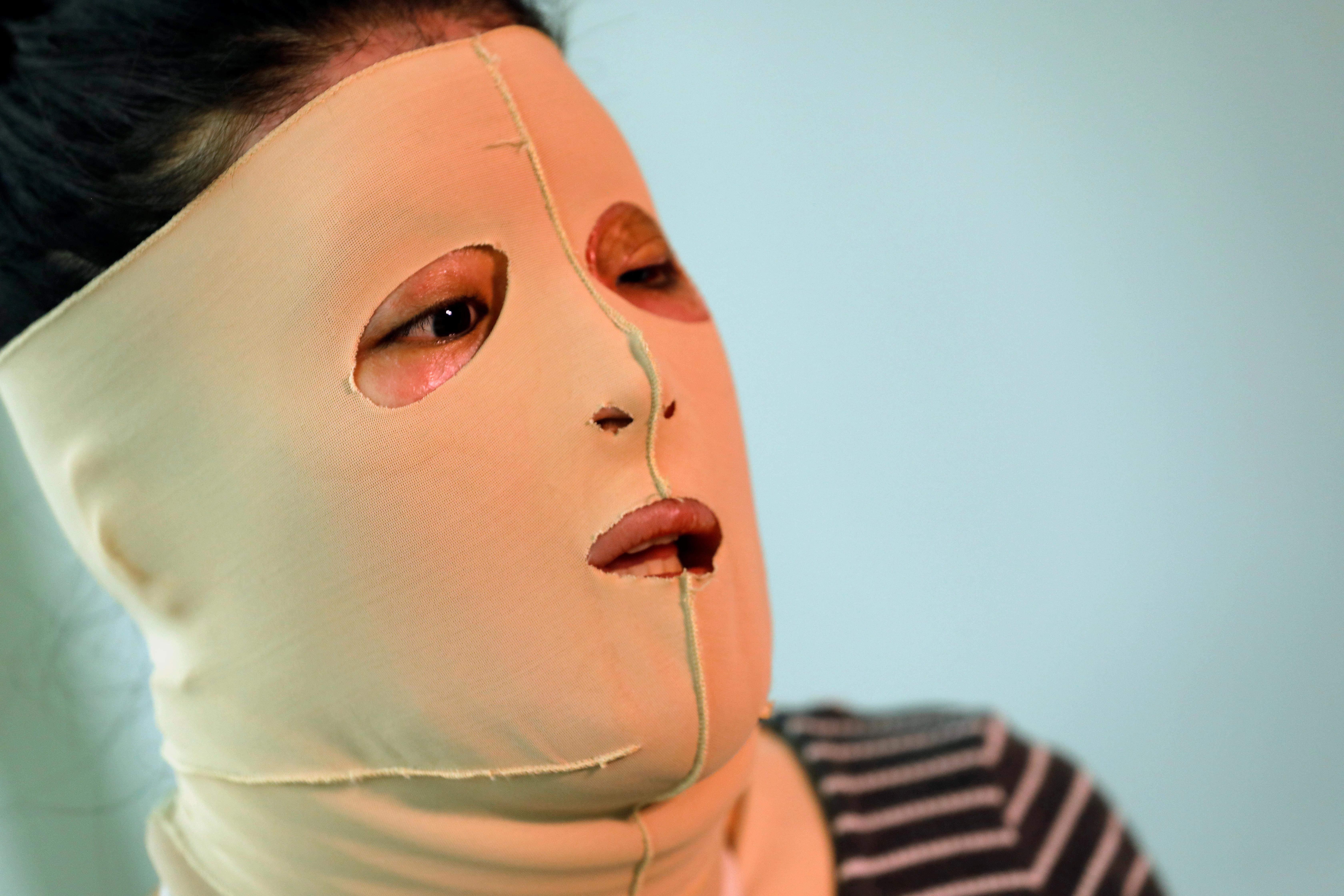 Rios, who believes her ex-boyfriend ordered two men to splash her body with acid last September, is one of many women to have suffered abuse by their romantic partners in Mexico, where femicides have risen 137% in the last five years.

“I survived an attempt at femicide,” said the 27-year-old, a professional saxophonist from the southern state of Oaxaca, where she was attacked at the travel agency in her home where she worked. “We need an example of punishment so that this doesn’t happen again to any other woman.”

As women throughout Mexico prepare to demonstrate against violence on Sunday, International Women’s Day, Rios said she would support the cause from home. She must stay indoors to protect her fragile skin from sun and heat.

Even after various medical procedures, she wears a beige-colored body suit covering her legs, arms, chest, neck and face, acting as a compression bandage for puffy scars across her body. Only her hands, red and raw from the corrosive acid, are visible signs of the vicious assault.

Acid attacks are rare in Mexico, but there are signs of an increase. Activist Carmen Sanchez, who survived an acid attack in 2014, has counted 13 cases in Mexico over the past decade – including five in 2018 and three last year.

The prosecutor’s office in Oaxaca has offered a reward of about $50,000 to find the man thought to be behind Rios’ attack, a businessman and former politician, and Mexico’s financial intelligence unit recently blocked his accounts.

Although Rios worries that her one-time partner will threaten her, she said she sees no alternative than to loudly call for justice.

“Should I wait for him to kill me or kill someone else in my family so that I’m put into even more pain? Or what am I waiting for?”

Her body is a daily reminder that her life has permanently changed.

“I can’t even rest because I keep repeating the scene in my dreams,” she said, holding back tears. “The feeling of acid on my body doesn’t go away.”