Donald Trump today suggested having his face on Mount Rushmore would be a “good idea”, via Twitter. The famed Presidential monument entered headlines in a New York Times report, which said the White House reached out to South Dakota Governor Kristi Noem about the possibility. Mr Trump’s remarks came as he denied the story, and it has ignited questions about the time-honoured monument.

How big is Mount Rushmore?

The memorial park covers a total of two square miles, and the mountain itself comes in at 1,745 metres above sea level.

Construction of the memorial began in 1927, with leadership from US sculptor Gutzon Borglum, and completed in 1941. 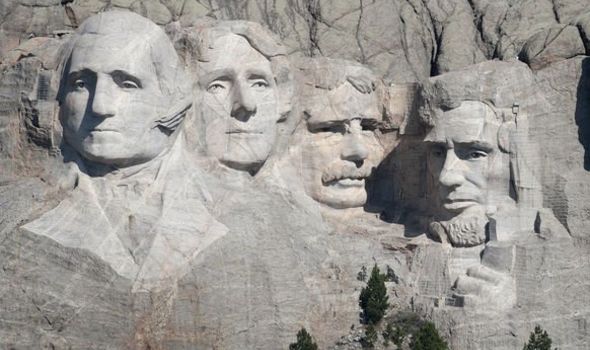 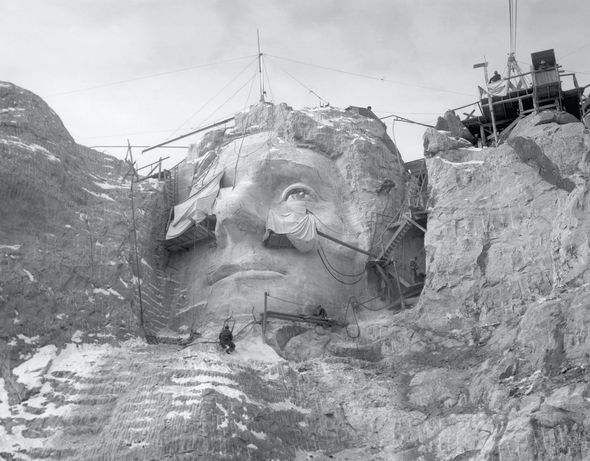 Who is on Mount Rushmore?

The original idea to carve the faces came from historian Doane Robinson, who proposed carving the likenesses of notable figures into a mountain.

Each presidential face took residence on the rock for their notable contribution to American history. 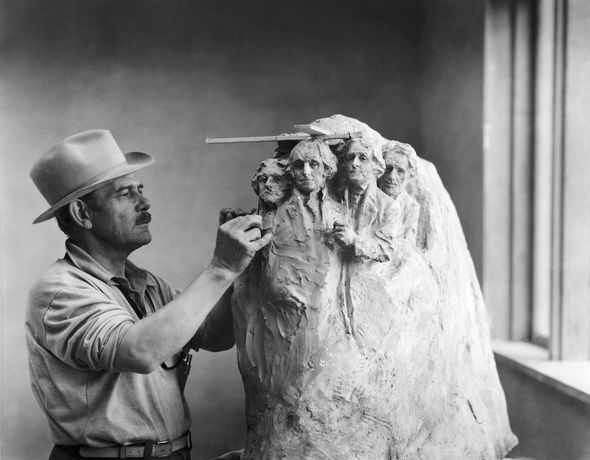 George Washington’s part in leading the US fight for independence secured his place and third president Thomas Jefferson alongside him for his staunch defence of democracy.

To his left is 20th-century president Theodore Roosevelt, the 26th and youngest President of the US known for his progressive politics and effort to end the Russo-Japanese war.

Abraham Lincoln, located to the left of the monument, spearheaded the end of slavery in the US and led the Unionists through the following US Civil War in the mid-19th century.

The sculptors intended for Mount Rushmore to draw tourism by representing “not only the wild grandeur of its local geography but also the triumph of modern civilisation over that geography through its anthropomorphic representation.” 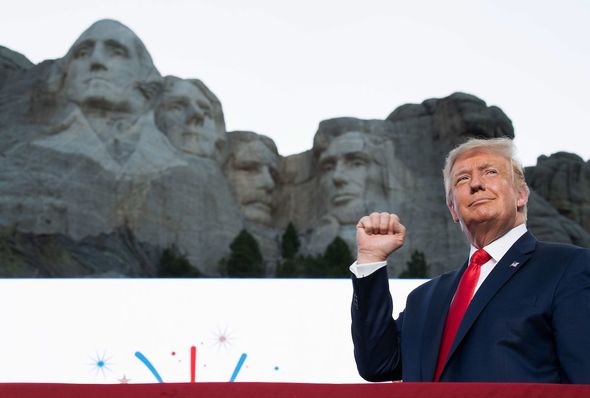 Could Donald Trump add his face to Mount Rushmore?

Mount Rushmore has not changed since its completion last century, but it is unfinished.

Initial plans also sought to have each Presidents’ torso included in the mountain, but funding ran out before this stage.

The sculptors didn’t envision adding another face in, however, enter Donald Trump.

He tweeted a photo of himself next to the famed monument which put his face seemingly as a fifth constituent of the mountain.

His picture will never become a reality, according to Maureen McGee-Ballinger, Mount Rushmore National Memorial chief of interpretation and education.

She said: “The rock that surrounds the sculpted faces is not suitable for additional carving.

“When Gutzon Borglum, the sculptor of Mount Rushmore died in 1941, his son Lincoln Borglum closed down the project and stated that no more carvable rock existed.”