Al Jazeera spoke to journalist Bette Dam, whose book says Mullah Omar was in Afghanistan until his death, not Pakistan. 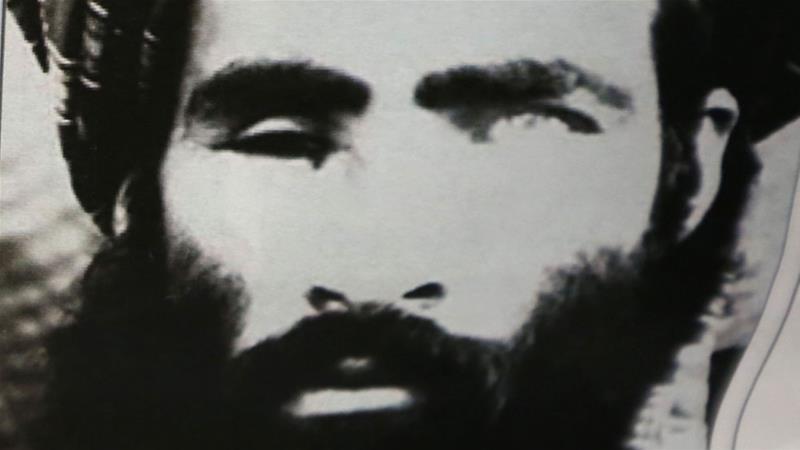 A new book on the elusive former leader of the Taliban, Mullah Omar, revealed that the one-eyed rebel chief has not been hiding in Pakistan, as US officials and many in Afghanistan and beyond had said.

Omar, instead, lived near a US base in Afghanistan for years, Bette Dam, author of the book, Op Zoek Naar De Vijand (Searching for an Enemy), wrote.

The revelation has prompted a barrage of scrutiny from incredulous Afghan officials who denied that they had any part in a failure of intelligence gathering surrounding the whereabouts of the famous rebel leader.

The Afghan president, via his spokesperson, strongly rejected the claim, saying there was sufficient evidence that Omar lived and died in Pakistan, but they did not share any of that.

Dam spent five years interviewing sources close to Omar and other Taliban members to write the book, in which she states that Omar hid just 4.8km from a US military base in the Afghan province of Zabul.

In 2015, the Taliban officially confirmed Omar’s death, saying he had been dead for more than two years. His eldest son, Mohammad Yaqoob, said that his father died in Afghanistan after suffering from hepatitis C.

Dam’s revelations came at a time when US envoys are holding peace talks with the Taliban in Qatar in a bid to end the 17-year war in Afghanistan.

Al Jazeera asked Bette Dam about her research methods, the US government’s silence, and the rejection of the report by Afghan officials.

Al Jazeera: What was your methodology for researching this book?

Bette Dam: Since 2006, I have reported solely on Afghanistan, lived there, travelled around without the military, and invested in contacts.

News about Taliban attacks and responses by the Afghan and US forces is always black and white, the Taliban being the bad side and the US and Afghan forces being the good. But as an unembedded journalist, I saw that reality was dirtier, murkier, and more complex than that. 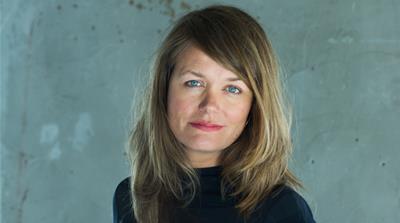 I started wondering about the Taliban when I wrote my first book on Hamid Karzai.

They were utterly weak after they were toppled; leaders sat at home in the first years while foreign troops were doubled in Afghanistan.

Especially in the early years, unrest was also created by the sitting government [of Hamid Karzai] who contained warlords who misled the US forces to kill their rivals in the framework of the “war on terror” and said the men who were killed were Taliban.

Because the situation in the field was so different, I found it very important to write about the Taliban, simply because we needed a better picture of the enemy.

I sometimes wonder why no other journalist has picked up this subject. Writing about the terrorist does not mean you are with them.

Al Jazeera: How did you come across the story on Mullah Omar?

Dam: During my research for my first book, on former President Hamid Karzai, I came across Mullah Omar’s house where he spent his youth, and that’s where I slowly started.

I wanted to get to know this mysterious man, so I could understand the post-9/11 situation better.

The Taliban were giving interviews but refused to speak about his life after 9/11 until he was declared dead in 2015. Now, I understand why: They were hiding his death.

I found out a little bit more at a time. The fact that I am unarmed, female, and that I come back again and again made it possible for me to sit with the highest level of Taliban ranks.

Some of my sources were also in contact with the CIA, who invited these Taliban to their camps.

One businessman, who knows every Taliban member, was invited by the CIA, but when he arrived he was blindfolded, thrown in a car and interviewed in a dark room.

I spoke at least 10 times to him, in his house in central Kandahar. He told me during the early stages of my research: Look at Zabul. I didn’t believe him. I thought Mullah Omar was in Pakistan.

Al Jazeera: When, during your research, did you find out that Mullah Omar was not in Pakistan but in Afghanistan?

Dam: The US, the Afghan government and the Taliban portrayed Mullah Omar as a strong “insurgency” leader, but there was a staggering lack of evidence for that.

The Taliban bragged about many cassettes, recordings, letters on Mullah Omar; but when I sat down with, for example, the Mullah Omar’s assistant, Mullah Yaqoub, in Dubai, there was nothing to share.

I interviewed officials from The National Directorate of Security (NDS), and I found a similar situation: They pointed at Pakistan but didn’t have much to back that up. They suggested sources to interview, but they came up empty, it didn’t go anywhere.

Also, from reading internal US intelligence community documents, I found their knowledge was nothing more than what could be found on Wikipedia. The Americans didn’t know Mullah Omar was dead for two years.

Another indication came from my research on him before 9/11. My book has many new insights, but one is that I found out that Mullah Omar was actually apprehensive of outside political intervention, and of Pakistan.

He accepted Pakistan’s aid, and Pashtun fighters who crossed the border, but Islamabad did not direct him politically. In that sense, he was not Pakistan’s puppet.

Looking at these outcomes, I thought: He could be in Afghanistan. After his death, many agreed that his grave was in Zabul.

Jabbar Omari was on my list for years: Taliban but also NDS. Local journalists like Sami Yousoufzai agreed that Omari was with Mullah Omar as his bodyguard. Omari was from Zabul, as were Mullah Omar, his father and grandfather, from the same Hotak tribe.

Al Jazeera: Sceptics in Kabul say that you interviewed people who have a biased narrative on the topic.

Dam: I understand the sentiment. In Kabul, the narrative was strong: Mullah Omar was in Pakistan. And now, I oppose this; it creates emotional responses.

I don’t feel the urge to defend myself. My report is very transparent and I use the names of the sources. Institutions, the US government and Kabul, who claim Mullah Omar was in Pakistan, never shared anything credible, or something to cross-check.

We should have been asking the US and the Afghan government these questions as well over the last 18 years: “Aren’t your sources biased? Show us proof.”

The story of Mullah Omar being in Zabul was not hidden any more after they declared his death in 2015.

The driver, Samad Ostaz, and Mullah Omar’s bodyguard Omari were living for a while in Zabul and felt free to talk since their leader had died.

The story was out there, it was just that no journalist was asking for it. I happened to know Omari – he was put on my list a long time ago by my sources as the man who was with Mullah Omar till the end. I was able to ask for him.

Since 2001, the NDS has also been very well aware of the role of Omari in Mullah Omar’s life. An article was published in Pashto that they had arrested Omari in 2015; it described him as the man who had always been with Mullah Omar.

Also, it was the NDS that granted me access to Omari. I think that the NDS officials in Kabul also thought: Mullah Omar is old news, let her write a history book about the man.

After the news came out, some former NDS officials are opposing the outcomes of what Omari said, simply because it doesn’t fit in the narrative they have always communicated.

Al Jazeera: One former NDS official is Amrullah Saleh. He says that he has enough evidence to prove that Mullah Omar was in Pakistan. Why did you not interview him for this research?

Dam: I was looking for field officers, eyewitnesses, people who were not political, but who were in the field, directly responsible for the case. Zabul intelligence was informed of Mullah Omar’s whereabouts.

I think it’s also important to see Saleh’s comments in the larger context of Kabul’s distrust towards Islamabad, and vice versa. That is nothing new.

Also, Pakistan does host 90 percent of the Taliban, so the Taliban is, in that sense, a Pakistan proxy; they are there on the other side of the border. But as I said in my book, not Mullah Omar.

Al Jazeera: If Mullah Omar decided to stay in Afghanistan and that is where he died as well, why did the other Taliban not follow his footsteps?

Dam: I think there are plenty of possibilities for Taliban members to hide in Pakistan, sometimes with the knowledge of Islamabad, sometimes not.

Mullah Omar was advised by Omari to do the same: Let’s have a better life in Pakistan, Omari had told him. Knowing Omari, he loves a more luxurious life. But Mullah Omar refused. He decided to live among his tribe, loyal men.

He basically lived in the hamlet, in a small house his driver, Abdul Samad Ostaz, build for him. The area was very much pro-Taliban.

The reason that the American base, “FOB Wolverine”, opened its doors shortly after Mullah Omar came to this district was first to build a better road in that area in the hope that the growing “insurgency” would be controlled.

But they didn’t manage, and the “insurgency” against them and the government grew.

They were not looking for Mullah Omar, because they were busy surviving and, at the same time, interviews with soldiers from FOB Wolverine gave me the impression that they suffered from tunnel vision by maintaining that Mullah Omar was in Pakistan.

Al Jazeera: Does the grave of Mullah Omar still exist?

Dam: Until now, I have not been able to travel to the hamlet where Mullah Omar lived for eight years and eventually died.

It’s unfortunate, but that’s what it is. There is only one road to the place, which means if I take it and walk around in the village, people who may want to do me harm know I would have to take that same road back. It was too risky, according to my Afghan colleagues. That’s why I didn’t go.

Local police commander Razeq told the Zabul authorities to find the grave because the Kandahar government wanted to make a shrine for Mullah Omar, because he was a good “mujahed”, as Razeq said.

But Omari refused to share the details, and also the villagers are silent. They don’t trust the government, and think they will demolish the grave, and throw the body in the streets.

But I wouldn’t be surprised to see pictures if the grave surface soon, now the story is out.

Al Jazeera: Did the US respond to your research?

Dam: I tried, but they refused to comment. The US government knew they didn’t know much about Mullah Omar, but refused to change their style of communication, saying Mullah Omar was the main enemy. With that, they kept parts of the war going, which I find problematic.

I would suggest that journalists keep on asking the questions during the coming press conferences in Washington, DC, let them explain.

This interview has been edited for length and clarity.