In her book, Dam said the one-eyed former Afghan Taliban leader Omar lived near a US base in Afghanistan for years, not in Pakistan, as US officials have said.

“There are lots of doubts about where and how [she] managed to get the information,” Mohib told a small group of policymakers at the Asia Society, a think-tank in Manhattan.

The author says she spent five years interviewing Taliban members for her book, which was published in Dutch last month.

According to Dam’s book, Omar lived in hiding just three miles (4.8km) from a major US military base in his home province of Zabul.

“The credibility of the information and the methodology is still under review, but from what we have assessed so far, they are not credible. We will continue to make assessments on this part,” said Mohib.

The Taliban has always maintained that Omar lived in Afghanistan until his death in 2013, reportedly from an infection. On Monday, the group released two photos on Twitter of a modest mud brick courtyard and a simple room where a spokesman said Omar had lived for the last seven years of his life.

A statement from the group on Monday said Omar “never visited Pakistan or other country for a single day. He passed away because he refused treatment in another country for a curable disease. The report (Bette’s book) published in this regard is correct”.

Omar’s hardline Taliban ruled Afghanistan from 1996 until 2001, and has waged an anti-government armed campaign ever since.

Omar, who delegated effective Taliban leadership after 2001, acted more like a spiritual leader, according to Dam’s book, and the movement kept his death secret for two years.

He was wanted in the United States for providing a safe haven to former al-Qaeda leader Osama bin Laden, who masterminded the 9/11 attacks on the US and hid out in Pakistan.

The book’s publication comes at a sensitive time, with US President Donald Trump eager to end the 17-year war in Afghanistan and US envoys holding peace talks with the Taliban in Qatar. 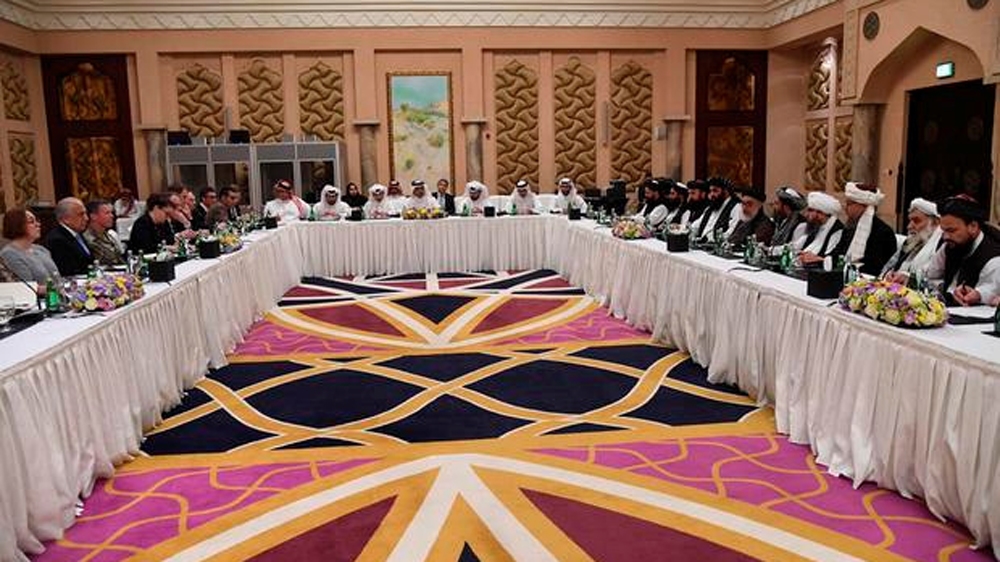 The talks have focused on withdrawing foreign troops, a ceasefire and guarantees that Afghanistan is not used as a springboard for “terrorism”.

The Taliban has refused to talk directly with the Afghan government, which they denounce as a puppet government. Mohib said the peace process would achieve little if his government and the Afghan people were not consulted.

“If the negotiations with the Taliban are to bring peace, we must then take into account what the Afghan people want and what we are prepared to have peace with,” Mohib said.

“There will have to be compromises, and if there is no consensus on what those compromises are and whether the Afghans are prepared to pay that price, there will be no peace. So, the entire effort is futile before the Afghan people are consulted.”

Taliban officials have so far rejected the Afghan government’s offer to hold direct talks. Kabul is planning to hold a grand council of tribal elders and political leaders in coming weeks to discuss how to end the Taliban insurgency, Mohib said.

Some 14,000 US troops are based in Afghanistan as part of a US-led NATO mission to train, assist and advise Afghan forces. Some US forces also carry out what they call “counterterrorism operations”.

Taliban fighters have stepped up pressure on Afghan forces as peace talks continue. Is peace finally possible in Afghanistan?