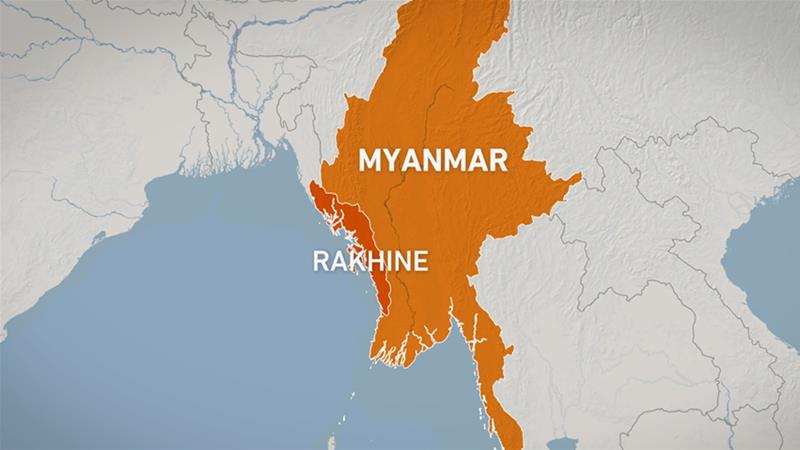 Myanmar’s military has conceded its troops abused prisoners in Rakhine state after a video of soldiers battering blindfolded detainees spread on social media – a rare admission of wrongdoing by a force often accused of acting with impunity.

The video, which emerged on Sunday, shows plain-clothed men punching and kicking the heads of handcuffed and blindfolded detainees.

The five detainees had been arrested on suspicion of being Arakan Army (AA) fighters and were being transferred to Rakhine state capital Sittwe by boat on April 21 when the incident occurred, according to the army chief’s office website.

Myanmar’s armed forces are locked in an increasingly brutal war with the rebels, who are fighting for more autonomy for ethnic Rakhine Buddhists.

Some security force members interrogated the prisoners in a way “not in accordance with the law” and action would be taken against those responsible, the statement said, without giving details on what punishments await.

The video, a rare window into the operations of an army routinely accused of abuses, was shared tens of thousands of times, splitting opinion between those outraged and people defending the soldiers.

The families of the arrested men deny they have any links to the AA.

“He just works in a rice shop. He doesn’t know anything about the AA,” Ni Ni, the mother of 24-year-old detainee Nyi Nyi Aung, told AFP news agency.

The video shows Nyi Nyi Aung’s interrogator yanking his head back by the hair as he punches him in the face, before another guard kicks him in the head.

Scores have been killed, hundreds wounded and about 150,000 people have fled their homes since fighting erupted in January last year.

Lee accused the military of disappearing, torturing and killing dozens of AA suspects, as well as blocking aid and stopping injured civilians from reaching hospitals.

Myanmar has denied the allegations, exchanging accusations of abuse with the AA.

It is impossible to verify the competing claims in northern Rakhine, which is under an internet blackout and off-limits to journalists.

The government has also officially branded the AA a “terrorist organisation”, meaning anyone who contacts them for comment could be charged under Myanmar’s terrorism laws.

Phil Robertson, deputy Asia director of Human Rights Watch, called for the military’s “impunity” to be the focus of a UN Security Council discussion on Myanmar this week.

Myanmar faces charges of genocide at the UN’s top court, a case brought after about 740,000 Rohingya Muslims fled to Bangladesh in a 2017 bloody military crackdown in Rakhine.

The country denies the charges.

Seven soldiers sentenced for killing a group of Rohingya were freed from jail a year ago despite serving less time than two reporters imprisoned for exposing the massacre. 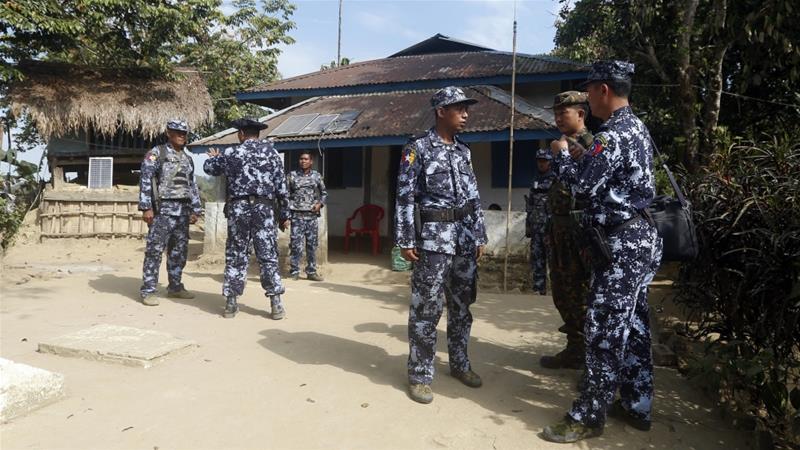 Why is Myanmar stepping up attacks on ethnic rebel groups?