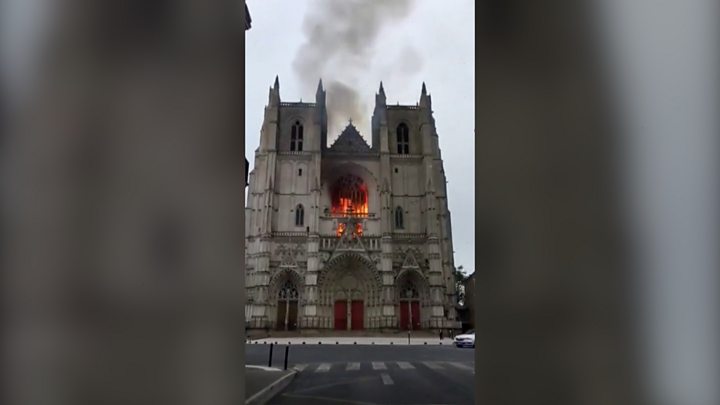 A volunteer at the Saint-Pierre-et-Saint-Paul cathedral in Nantes has been detained after a fire tore through the building.

The Rwandan refugee was in charge of locking up the day before the blaze destroyed stained glass windows and the grand organ inside.

Prosecutors said they wanted to clear up inconsistencies in the man’s schedule.

But it would be “premature and hasty” to think he had a role in the fire.

“We must remain careful as to the interpretation of this police custody. It is a normal procedure,” public prosecutor Pierres Sennès said. The volunteer has not been named.

Mr Sennès said the fire is believed to have been arson. Three fires were started at the site and an investigation is now under way.

Jean-Charles Nowak, a clerk at the cathedral, told French newspaper Le Figaro the volunteer was “a man of duty” who has health problems and “suffered a lot in Rwanda” – a country he left several years ago. The refugee had been discussing extending his visa with local officials, he said.

“I don’t believe for a second that he could have set the cathedral on fire. It’s a place he adores,” Mr Nowak said.

About 100 fire fighters managed to stop the flames from destroying the main structure at the cathedral in Nantes on Saturday. French Prime Minister Jean Castex praised their “professionalism, courage and self-control”.

The fire comes over a year after a blaze nearly destroyed Notre-Dame Cathedral in Paris.

Earlier this month, French President Emmanuel Macron announced its iconic spire would be rebuilt exactly as it was, ending speculation it would be changed to a more modern style. 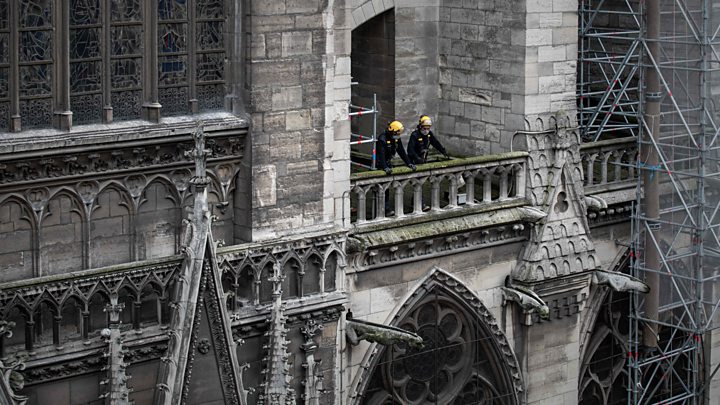