JERUSALEM (Reuters) – Benjamin Netanyahu professed his innocence at the start of his corruption trial on Sunday, saying he was being framed in the first criminal prosecution of a serving Israeli prime minister. 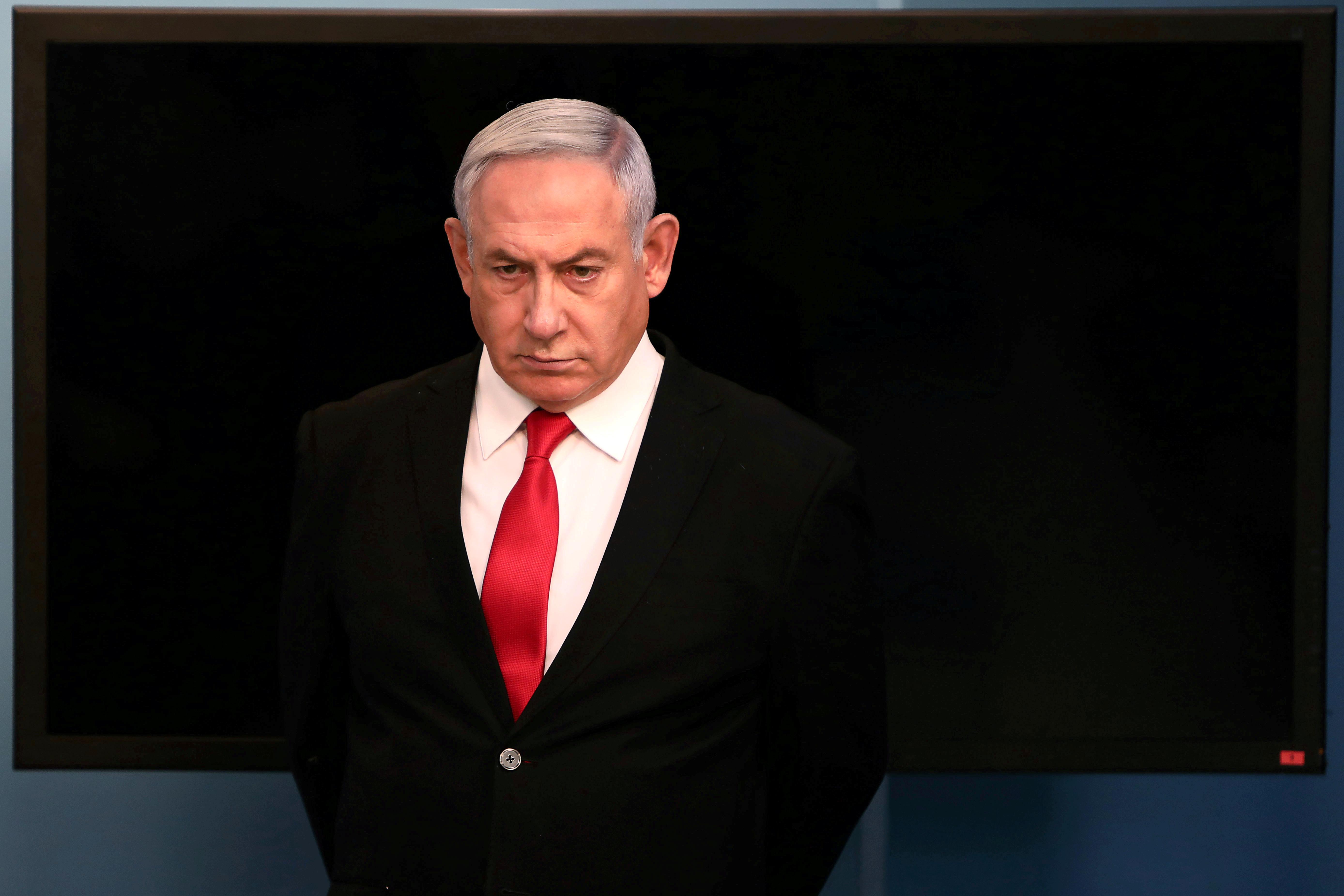 Flanked by a clutch of cabinet ministers from his right-wing Likud party, and speaking forcefully, Netanyahu appealed to public opinion, addressing television cameras in the courthouse hallway before taking his seat on the defendants’ bench.

“These investigations were tainted and stitched-up from the first moment,” Netanyahu said about charges of bribery, breach of trust and fraud at the centre of three graft cases against him.

Outside the courthouse, and separated by metal barriers and police, hundreds of his supporters and opponents held noisy demonstrations. Chants of “Bibi, king of Israel” from Netanyahu faithful using his nickname echoed through the court building.

Netanyahu, 70, was indicted in November in cases involving gifts from millionaire friends and for allegedly seeking regulatory favours for media tycoons in return for favourable coverage.

He drove in a motorcade to court after attending the first working session of his new “unity” cabinet, sworn in a week ago after a surprise power-sharing deal with his main opponent Benny Gantz. Its inauguration ended more than a year of political deadlock in the wake of three inconclusive elections.

In his hallway appearance, Netanyahu dubbed prosecutors and police the “Just Not Bibi Gang”, reasserting that he was a victim of a political witch-hunt abetted by a left-wing media to drive him from office.

“I am appearing here today, as your prime minister, standing tall and with head high,” Netanyahu said, vowing to beat the charges and continue to lead Israel in his current fifth term.

He is Israel’s longest-serving leader, now in office for more than 11 straight years, plus three years in the 1990s.

“Crime Minister,” countered a banner draped over a barrier in the other camp’s protest area.

In the courtroom, one of the judges asked Netanyahu whether he had read and understood the indictment.

The prime minister then stood up and replied: “Yes, your Honour.”