And concern is mounting about the prospect of a full-scale invasion of the self-governing Palestinian territory after Israeli troops began massing at the enclave’s border. Speaking yesterday, Israel’s Prime Minister gave no hint that the bombardment, launched in response to missile attacks on Israel by Hamas militants, was likely to stop any time soon, while stressing that his forces had struck close to 1,000 militant targets in the territory.

I said we would extract a very heavy price from Hamas. We are doing that

He said: “I said we would extract a very heavy price from Hamas. We are doing that, and we will continue to do that with heavy force.”

The campaign “will take more time”, he added, with Israeli officials determined to deal Hamas a strong deterring blow before any ceasefire can be negotiated. 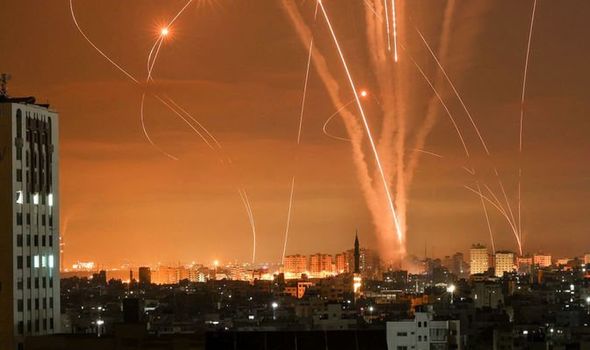 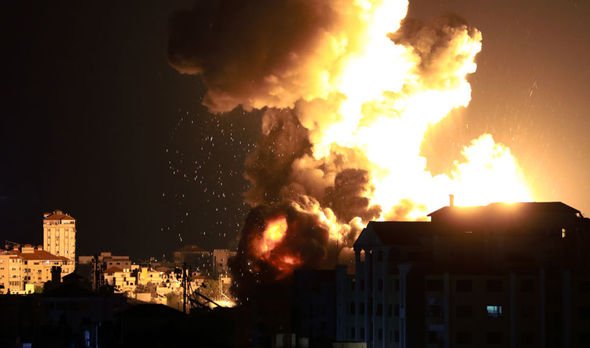 As hostilities entered their fifth day the Israeli military said in a statement shortly after midnight it was concentrating its fire against a network of Palestinian militant tunnels under Gaza known as “the Metro”.

Israeli military spokesman Lieutenant Colonel Jonathan Conricus said that while ground forces had taken part in the 40-minute, pre-dawn offensive, none had crossed into the Gaza Strip.

Nevertheless, the Israeli military yesterday said it was building up forces on the Gaza border, raising speculation about a possible ground invasion, a move that would recall similar incursions during the Israel-Gaza wars in 2014 and 2009. 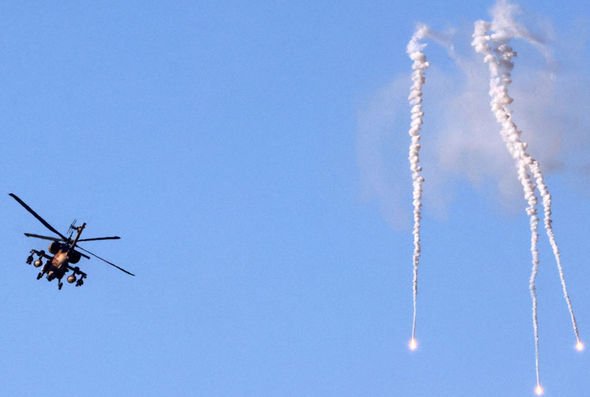 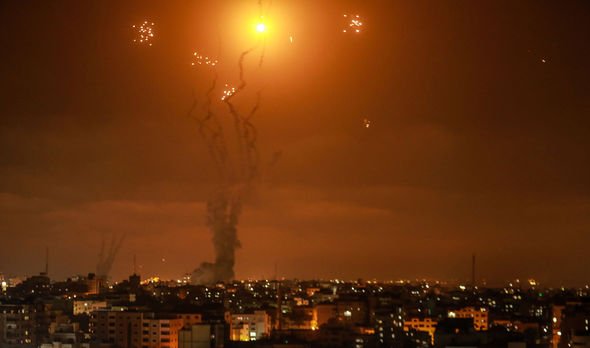 Health officials in northern Gaza said a woman and her three children were killed during the Israeli operation and that their bodies were recovered from the rubble of their home.

Rocket barrages against southern Israel swiftly followed the Israeli strikes, which the spokesman said included artillery and tank fire from inside Israeli territory.

The most serious fighting between Israel and Gaza militants since 2014 erupted on Monday after the enclave’s ruling Hamas group launched rockets at Jerusalem and Tel Aviv in retaliation for Israeli police clashes with Palestinians near al-Aqsa mosque in Jerusalem. 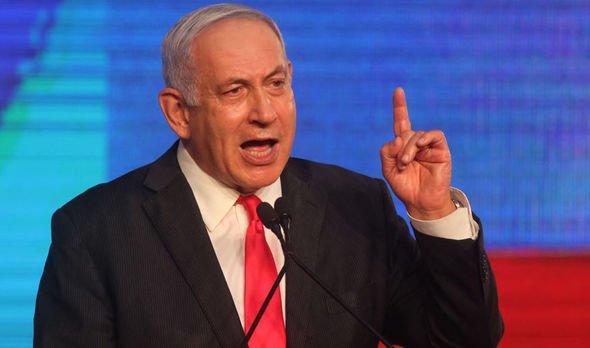 At least 119 people have been killed in Gaza, including 31 children and 19 women, with 830 others wounded, Palestinian medical officials said.

The death toll in Israel stood at eight: a soldier patrolling the Gaza border, six Israeli civilians – including an elderly woman who fell on the way to a shelter on Friday and two children – as well an Indian worker, Israeli authorities have said.

Mr Conricus said 160 aircraft as well as artillery and armoured units, “not inside the Gaza Strip”, had taken part in what he described as the largest operation against a specific target since the fighting began. 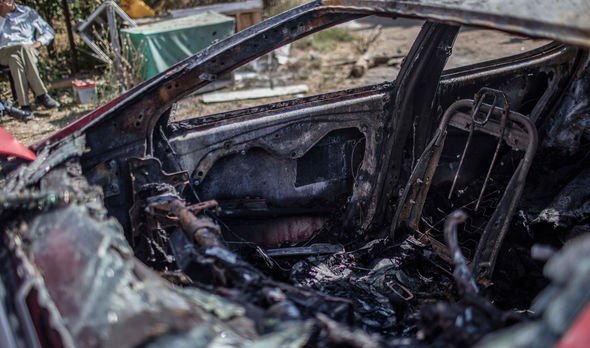 He added: “What we were targeting is an elaborate system of tunnels that spans underneath Gaza, mostly in the north but not limited to, and is a network that the operatives of Hamas use in order to move, in order to hide, for cover,” he said in a briefing to foreign reporters.

“We refer to it as the Metro.”

More than 1,000 bombs are understood to have been dropped overnight. 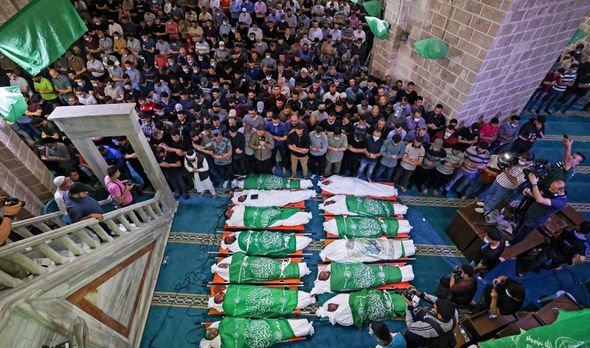 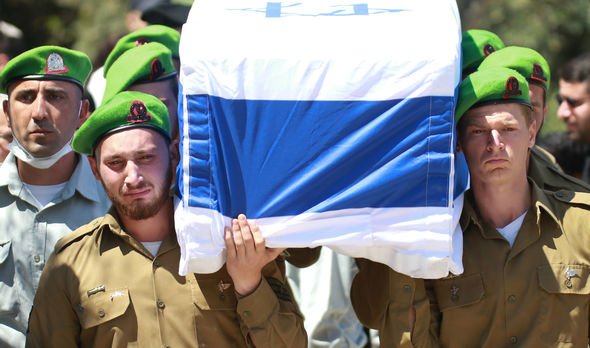 US President Joe Biden has called for a de-escalation of the violence, saying he wanted to see a significant reduction in rocket attacks.

The hostilities have also fuelled tension between Israeli Jews and the country’s 21 percent Arab minority who live alongside them in some communities.

Violence continued overnight in mixed communities of Arabs and Jews, with synagogues attacked and fighting in the streets of some towns, prompting Israel’s President Reuven Rivlin to warn of civil war. 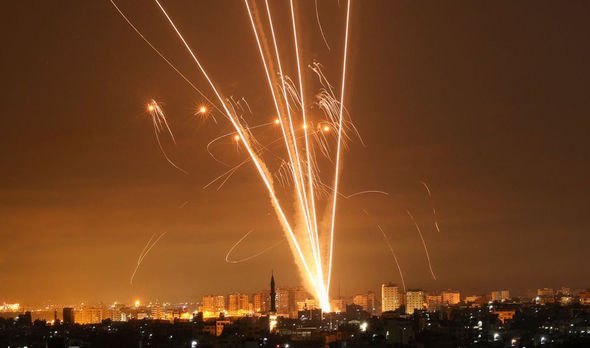 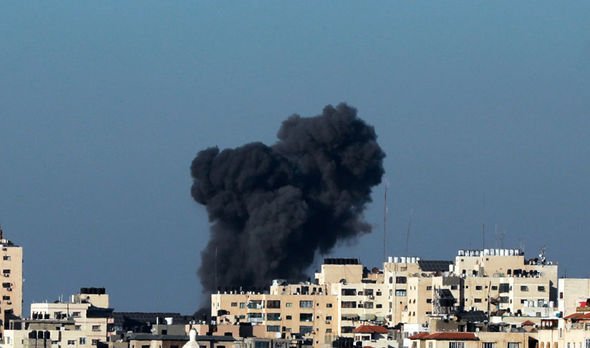 The UN Security Council will publicly discuss the worsening violence between Israel and Palestinian militants on Sunday, diplomats said despite US objections to the meeting.

Truce efforts by Egypt, Qatar and the United Nations had yet to deliver a sign of progress.

The Israeli military has put the number of militants killed in Israeli attacks at between 80 and 90.

Israel says so far, some 1,800 rockets have been fired at Israel, of which 430 fell short in the Gaza Strip or malfunctioned.