ISLAMABAD (Reuters) – Any reservations Afghanistan has with Islamabad should be resolved bilaterally rather than involving the United States, Pakistan’s foreign minister said on Sunday, in reference to part of a joint U.S.-Afghan declaration on peace efforts. 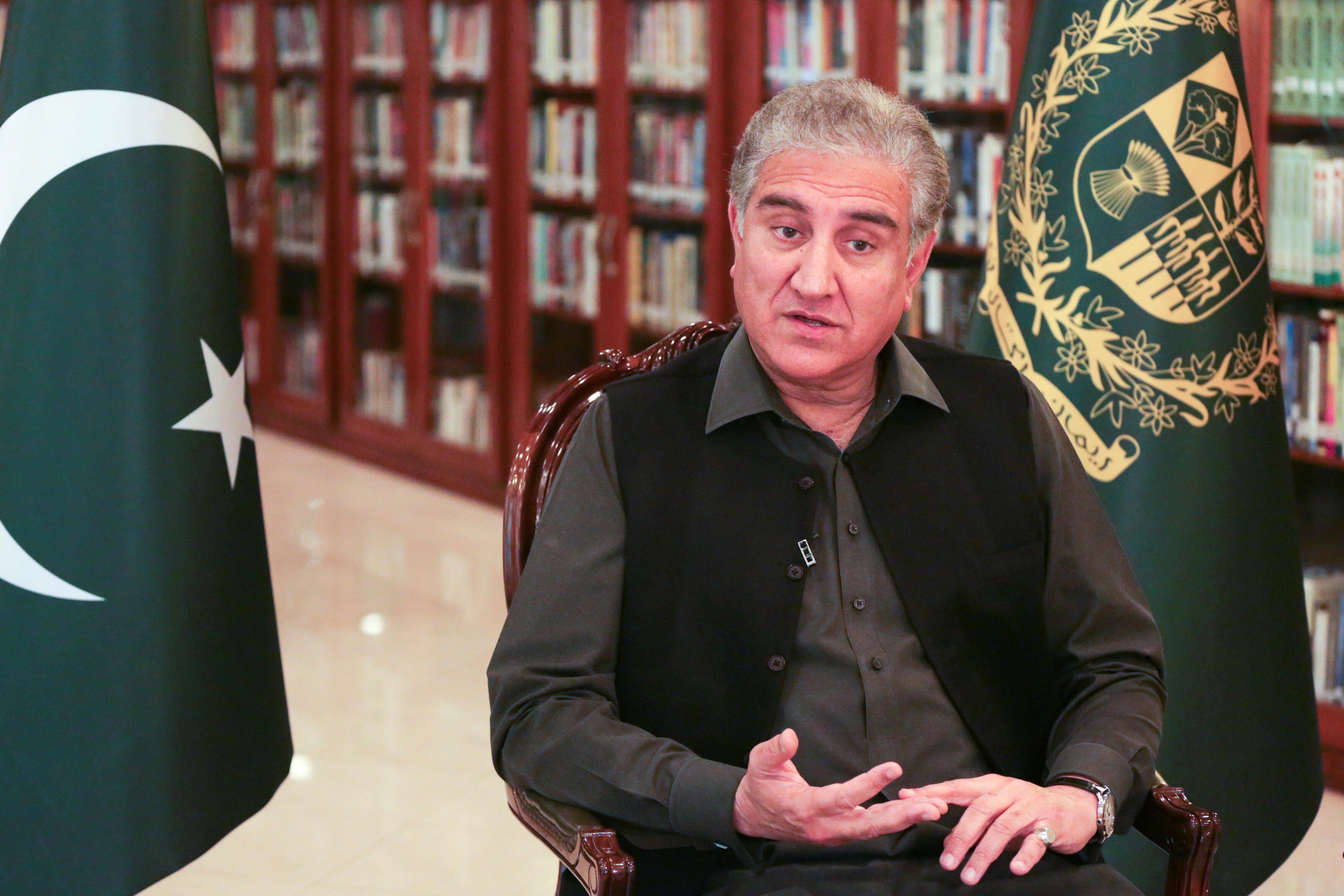 The declaration was announced on Saturday by Afghan President Ashraf Ghani, U.S. Defence Secretary Mark Esper and NATO Secretary-General Jens Stoltenberg at a ceremony to coincide with the signing in Doha of an agreement between the Taliban and the United States.

“The United States commits to facilitate discussions between Afghanistan and Pakistan to work out arrangements to ensure neither country’s security is threatened by actions from the territory of the other side,” one of the clauses of the declaration reads.

“They should talk directly to Pakistan. The U.S. is planning to withdraw and we will always remain neighbors,” Foreign Minister Shah Mehmood Qureshi told Reuters in an interview, referring to Washington’s intent to withdraw troops from Afghanistan.

“If I have an issue with Afghanistan, I will not ask Washington to play a role.”

Pakistan and Afghanistan have been at loggerheads for years. Kabul publicly blames Pakistan for harboring Taliban leaders after they were ousted from power Afghanistan in 2001, and allowing safe havens for attacks against international and Afghan forces.

Islamabad has denied these allegations and blames Afghanistan for giving anti-Pakistan militants refuge to plot attacks in Pakistan, which, in turn, Kabul denies.

“You know a trust deficit has existed and Pakistan has done its best to bridge that trust deficit,” Qureshi said, adding there are institutionalized mechanisms through which Afghanistan can raise “any issue under the sun” instead of turning to the United States.

He said that the U.S.-Taliban agreement in Doha would never have happened if Pakistan had not convinced everyone that there was no military solution to the 18-year conflict in Afghanistan.

Under it, Washington committed to a full withdrawal in 14 months, and to working with allied international forces to do the same – contingent on the Taliban keeping a pledge to renounce violence and sever ties with militant organizations threatening the Untied States and its allies.

Qureshi said Pakistan had facilitated the accord by persuading both the Taliban and the United States to find a political settlement, adding that getting both sides to see this had not been easy.

“We convinced the Taliban to put forward an authoritative delegation that has the capacity to implement what they agree upon, and that wouldn’t have happened without Pakistan’s facilitation,” Qureshi said.

Taliban leader Abdul Ghani Baradar, who signed the Doha agreement on the militant group’s behalf on Saturday, was held in Pakistani custody for eight years after being captured in a joint raid with U.S. agents in 2010 in the Pakistani port city of Karachi where he was in hiding.

The arrest followed months of behind-the-scenes prodding by U.S. officials who saw inaction by Islamabad as a major threat to their Afghan war strategy.

Baradar was not handed over to Afghanistan or the United States and was released in 2018. After that he became the head of the Taliban’s negotiation team that held talks with the U.S. negotiators for over a year in Doha.

“That was another demonstration of facilitation,” Qureshi said, adding, “You required someone who who enjoyed the confidence of the leadership to engage (with the U.S.) that would make the talks possible.”

Qureshi also said Pakistan played a part in pushing for the negotiation process to restart after U.S. President Donald Trump pulled the plug on negotiations in September last year.

In October 2019, while the Doha talks were off, Washington’s chief negotiator, special representative Zalmay Khalilzad, and the Taliban political delegation held talks in Islamabad in a meeting that was not publicly acknowledged.