North and South Korea have reopened their hotlines, around two months after they were cut by the North.

At least 49 hotlines have been set up between the two countries since the 1970s and they are crucial in preventing misunderstanding resulting from unexpected military developments.

They were also intended to arrange diplomatic meetings, economic and humanitarian cooperation, disaster response, and coordinating air and sea traffic. Last week, North Korea’s leader Kim Jong Un said he was willing to reactivate the channels, which his country cut as a protest against South Korea-US military exercises.

On Monday, South Korean officials said that the twice-daily calls had resumed.

It is not clear, however, what this means for efforts to dismantle North Korea’s nuclear programme, something it has refused to consider without some relief from US sanctions.

The Unification Ministry said it was hopeful that the two sides would soon be able to talk about improving relations and fostering peace.

Little is known about how the hotlines work in North Korea, but in the South the system has a red phone for calls coming from the North and a green one for outgoing calls.

The two phones cannot be used to call other numbers. 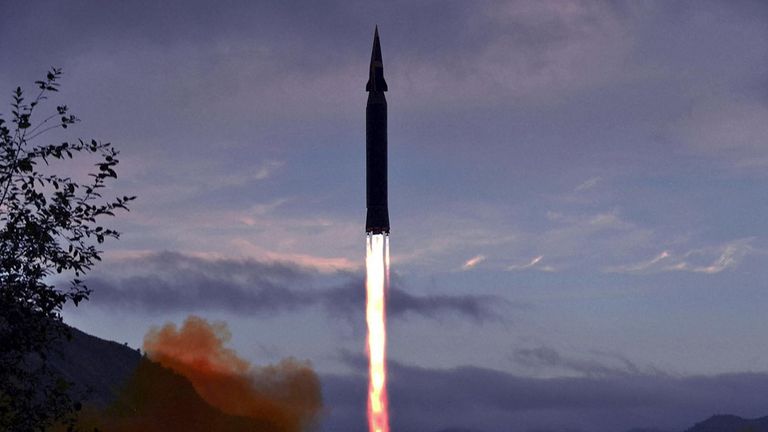 Since the last time the lines were severed in early August, North Korea has fired a series of new missiles, proving its weapons programme has continued and raising the stakes for denuclearisation talks.

North Korea has previously accused the US of “hostile policy” while saying it is keen to mend relations with its southern neighbour.

South Korea’s president Moon Jae In is keen to see some progress ahead of his term ending in May next year.

But it is thought that the North’s is trying to damage the relationship between South Korea and the US.

Last week, Mr Kim condemned offers of talks from the US as “cunning ways” to hide its hostility against Pyongyang.