France’s centuries-old Notre-Dame cathedral will be rebuilt as it was before, including its spire.

A fire last April tore through the Parisian landmark, destroying much of the cathedral’s interior and causing the spire to come crashing down.

President Emmanuel Macron had suggested that a contemporary design could be used for the spire. 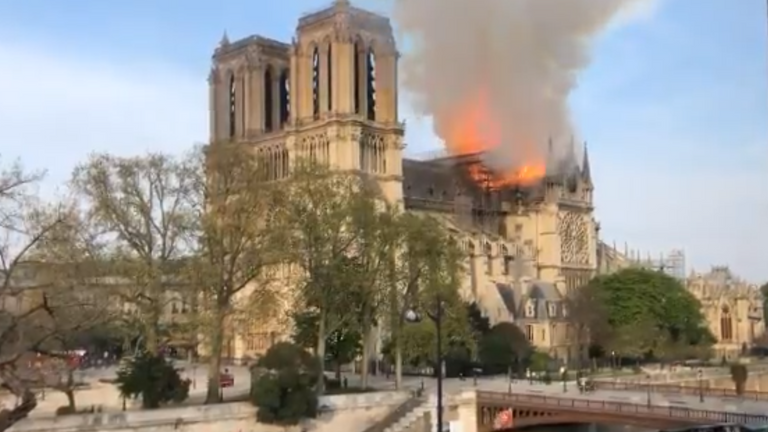 But the public body in charge of its restoration has now approved plans to restore the cathedral to its original Gothic design.

France’s national heritage and architecture commission said on Thursday it would be rebuilt to its last “complete, coherent and known” state.

Hundreds of tonnes of lead in Notre-Dame’s spire and roof melted during the blaze, which investigators believe was likely caused by an electrical short circuit.

Firefighters said the cathedral came within 15 to 30 minutes of total destruction.

More than €900m (£805m) has been raised to rebuild the major tourist attraction.

However, salvage and reconstruction works have been running months behind schedule, delayed by massive quantities of toxic lead, the weather and now the coronavirus pandemic.

Mr Macron vowed to restore the cathedral within five years, but experts have said it could take up to 15 years.

Church officials hope Notre-Dame will be open for mass by 2024, when Paris is due to host the Olympic Games.

Notre-Dame de Paris – or “Our Lady of Paris” – is located on the Ile de la Cite in the centre of the French capital on the River Seine.

The cathedral was home to priceless works of art and world famous relics, most of which were saved from the fire.

Dating back to the 12th century, it features in Victor Hugo’s classic 1831 novel The Hunchback of Notre-Dame, and is visited by an estimated 12 million people each year.