MUNICH (Reuters) – The risk of a military confrontation is higher in the Strait of Hormuz than anywhere else in the Gulf region, Oman’s foreign minister said, due in part to the growing number of military vessels from different countries that are guarding it. 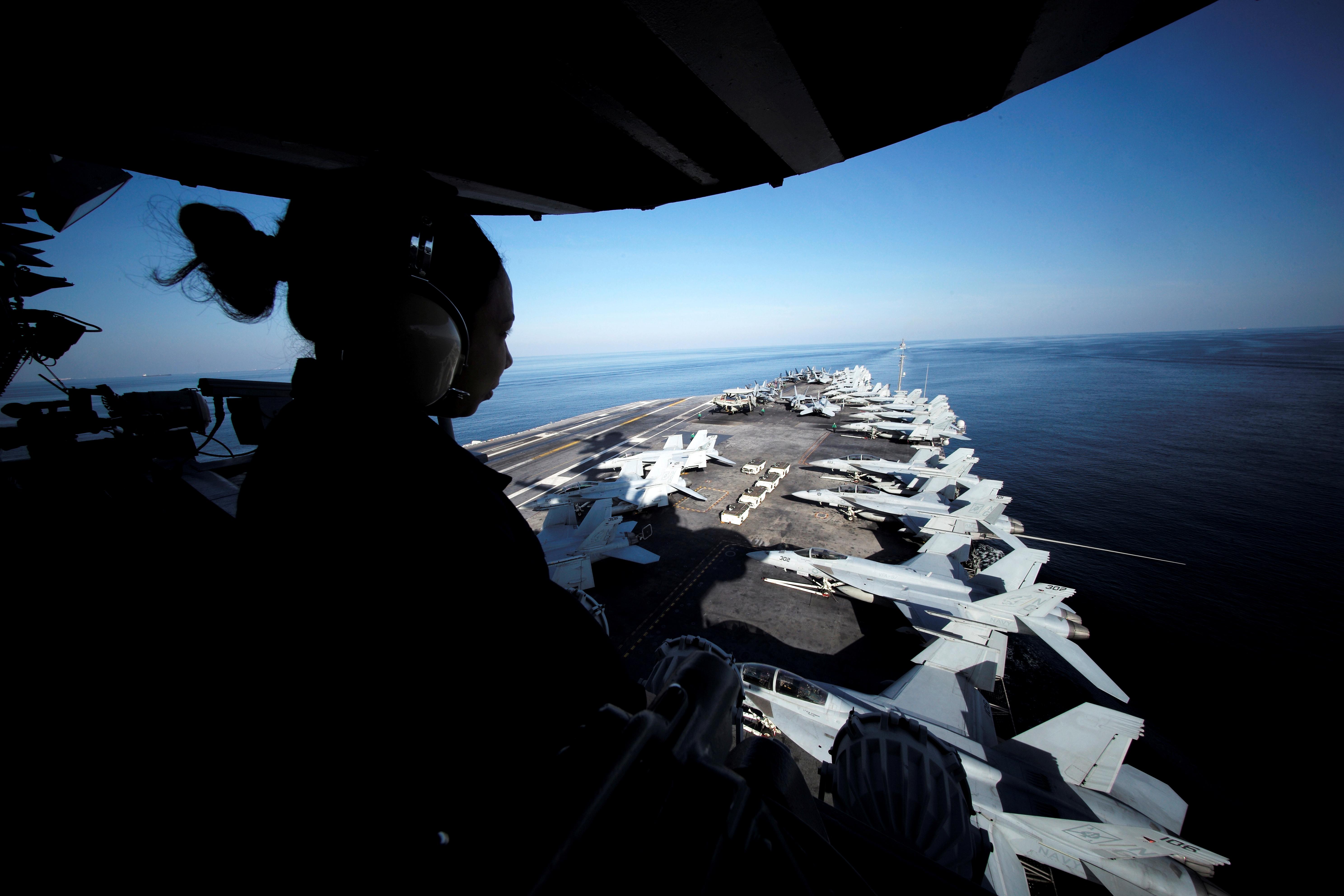 The waterway between Iran and Oman – 33 km (21 miles) wide at its narrowest point – is the conduit for some 30% of all crude and other oil liquids traded by sea.

Friction between Iran and the West had led several nations to send task forces to guard shipping there, and Washington has blamed Tehran for attacks on international merchant vessels in or near the area, something Tehran denies.

“There are a lot of military ships in the Hormuz (area) and our concern is there could be a mistake,” Minister of State for Foreign Affairs Yousuf bin Alawi bin Abdullah said late on Saturday at the Munich Security Conference.

That would make that area the riskiest flashpoint in the Gulf over the coming months, he added.

Iran cannot legally close the waterway unilaterally because part of it is in Omani territorial waters. However, ships that sail it pass through Iranian waters, which are under the responsibility of Iran’s Islamic Revolutionary Guards Navy.

Tehran has also threatened reprisals for the Jan. 3 killing of its top military commander, Qassem Soleimani, in a U.S. drone strike, though regional analysts have said that is unlikely to involve an intervention in the Strait.

Washington, which in 2018 decided to pull out of an international nuclear deal with Iran and re-impose sanctions on it, is leading a naval mission to protect oil tankers and cargo ships that includes Britain.

There have been periodic confrontations between the Iranian Guards and the U.S. military in the Gulf in recent years. U.S. officials have said closing the Strait would be crossing a “red line” and America would take action to reopen it.

“The only thing for Kuwait, Bahrain and Qatar is the Strait of Hormuz and if it is blocked we will all be in trouble so that’s why it is important to maintain the safeguard of maritime navigation,” Kuwait’s foreign minister Sheikh Ahmad Nasser al-Mohammad al-Sabah told the same conference.