Home » World News » On the Banks of the Furious Congo River, a 5-Star Emporium of Ambition

Situated on the banks of the muddy, furious Congo River, the Fleuve is an emporium of ambition in a nation that, despite extreme poverty and chronic corruption, serves up raw materials crucial to the planet’s battle against climate change.

The soil in the Democratic Republic of Congo is bursting with cobalt and other metals used in the production of electric car batteries, wind turbines and other mainstays of the green energy revolution. Practically everyone who passes through the hotel, where the air conditioning battles the sweltering heat, seems determined to grab a piece of the wealth.

Just off the lobby that day, near a sumptuous brunch buffet, sat Dikembe Mutombo, the 7-foot-2 former NBA all-star player. He had teamed up in his quest for mineral riches with Gentry Beach, a Texas hedge-fund manager who is a family friend and major fund-raiser to former President Donald J. Trump. Mr. Mutombo shared his table with a top Congolese mining lawyer turned politician whose office is conveniently located in a complex near the hotel.

Mr. Mutombo is among a wave of adventurers and opportunists who have filled a vacuum created by the departure of major American mining companies, and by the reluctance of other traditional Western firms to do business in a country with a reputation for labor abuses and bribery.

The list of fortune hunters includes Erik Prince, the security contractor and ex-Navy SEAL; Jide Zeitlin, the Nigerian-born former chief executive of the parent company of Coach and Kate Spade; and Aliaune Thiam, the Senegalese-American musician known as Akon.

All have been drawn to Congo’s high-risk, high-reward mining sector as the demand for cobalt has skyrocketed because automakers around the world are speeding up plans to convert from gasoline- to electric-powered fleets.

Most recently, Ford Motor and General Motors both announced they would spend tens of billions of dollars to build battery factories and electric vehicle plants in the United States. The price of cobalt has doubled since January, and more than two-thirds of the global supply is here in Congo.

The Fleuve became the go-to luxury destination after a politically connected Chinese businessman — himself a mining dealmaker — was awarded a contract to run what had once been an abandoned 1970s-era office building.

The now five-star hotel has usurped the elite status of its competitor next door, built in the 1960s with U.S. government financing, and it is the kind of place where swashbucklers arrive by private plane trailed by paparazzi, and where some guests keep suitcases of cash and nuggets of gold locked in their rooms.

The frenzied atmosphere at the hotel reflects a pivotal moment for the country — and the world — as the clean energy revolution upends the centuries-long lock of fossil fuels on the global economy.

“Congo is the one who is going to deliver the EV of the future,” Mr. Mutombo, the retired basketball player, said of electric vehicles. “There is no other answer.”

But such bravado signals trouble to some seasoned business people, who see a lot of show and little substance in the new class of deal seekers.

“The country has become the prey of international adventurers,” said Jozsef M. Kovacs, who built the neighboring hotel, originally an InterContinental, which once hosted waves of executives from major Western mining companies that had billions of dollars in capital available to them and decades of mining experience. 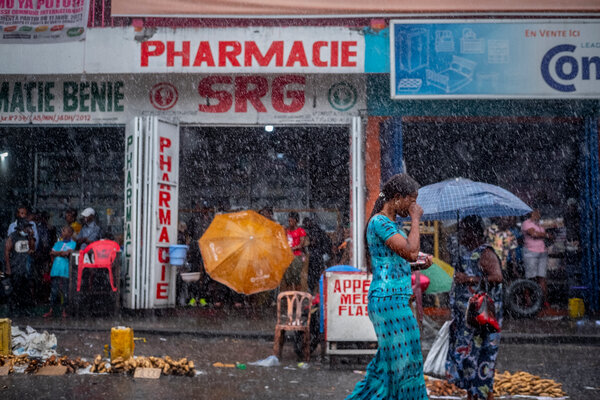 A handful of those traditional investors remain in Congo, including Robert Friedland, founder of Vancouver, B.C.-based Ivanhoe Mines. But Ivanhoe’s operations are now in large part financed by Chinese investors, who dominate the industrial mining sector in Congo.

Race to the Future

Players in the clean energy revolution are increasingly caught in a cycle of exploitation and greed over resources. At the center of it is the quest for a prized metal: cobalt, a key ingredient in electric cars.