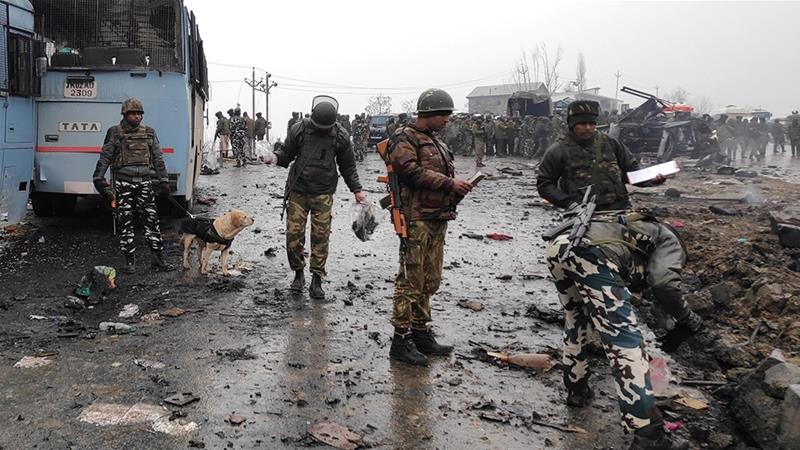 The Pakistani army has said it is prepared to defend against any attack by India, and would respond with “full force” if that happens, a spokesman said a day after Prime Minister Imran Khan authorised the military to begin preparations for a possible attack.

“We have no intention to initiate war, but we will respond with full force to full spectrum threat, that would surprise you,” said Major General Asif Ghafoor on Friday, amid heightened tensions between the two nuclear-armed neighbours.

“We do not wish to go to war. If it is imposed on us, we have the right to respond,” he told a news conference in the garrison city of Rawalpindi.

The attack killed 42 Indian soldiers – the worst such attack since the start of an armed rebellion in 1989.

Pakistan said it was “not involved in any way, means or form” in the attack which it claimed was “conceived, planned and executed indigenously”.

In the statement, Pakistan reiterated its offer to help investigate the attack and to take action against anyone found to be using the Pakistani soil for attacks on India.

Pakistan also offered to hold a “dialogue” with India on all issues, including “terrorism”. Earlier, it had demanded India provide evidence for its claims that it supports Kashmiri rebel groups.

India and Pakistan have been at loggerheads for seven decades over the Himalayan region of Kashmir, now one of the most militarised zones in the world.

India accuses Pakistan of harbouring and aiding armed rebels who target its forces in Kashmir, but Pakistan denies the allegations.

The latest tensions have raised fears of possible military escalations between the longtime rivals.

Kashmir, a Muslim-majority region, is split between Pakistani and Indian zones of control, but both countries claim it in its entirety and have fought two of their three wars over it.