Islamabad recalls its ambassador a week after New Delhi summoned back its envoy after 42 troops were killed in Kashmir. 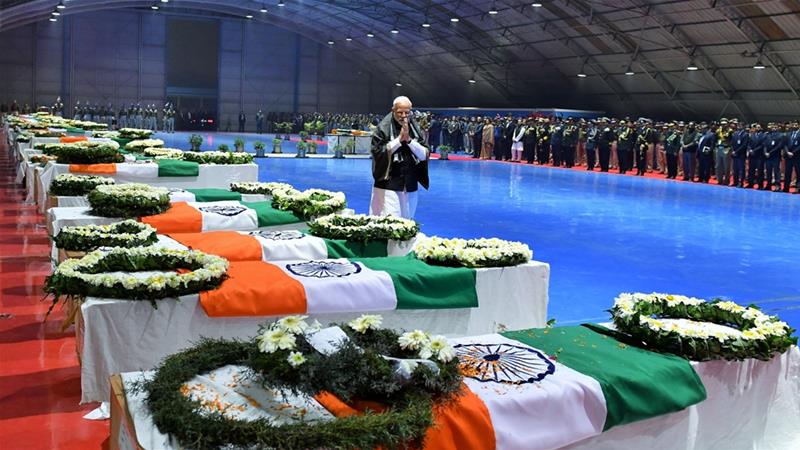 “We have called back our High Commissioner in India for consultations. He left New Delhi this morning,” Foreign Office spokesman Mohammad Faisal said on Twitter.

India recalled its ambassador to Pakistan last week to discuss Pakistan relations in the wake of a suicide bombing in the disputed Kashmir region that killed 42 Indian paramilitary police.

New Delhi says Pakistan had a hand in the attack, which Islamabad denies.

Indian Prime Minister Narendra Modi promised a strong response to the suicide attack on a military convoy in Kashmir’s Pulwama district on Thursday.

“If our neighbour thinks it can destabilise India, then it is making a big mistake,” Modi said on Friday.

Analyst Hassan Akbar said the move was in response to India calling its own high commissioner back for consultations.

“This case seems a response to the Indian move and clearly shows a heightening of tensions on both sides. But I won’t say this [move] is extremely serious,” Akbar, Director at Jinnah Institute, a public policy think-tank, told Al Jazeera.

“I think we are at the beginning, this is an early phase of escalating tensions. Clearly the message from New Delhi needs to be taken seriously in Islamabad.”

India has also withdrawn the most favoured nation (MFN) trade status given to Pakistan and has moved on to put diplomatic pressure on Pakistan.

New Delhi insists “incontrovertible evidence is available of [Pakistan] having a direct hand in this gruesome terrorist incident.”

In a readout released on Saturday, the foreign ministry said US National Security Adviser John Bolton spoke to his Indian counterpart Ajit Doval on Friday night promising to help bring those behind the attack to justice.

“The two NSAs vowed to work together to ensure that Pakistan cease to be a safe haven for JeM and terrorist groups that target India, the US and others in the region,” the foreign ministry said.

But Islamabad has rejected New Delhi’s accusations, saying they were “knee-jerk” and made without any thorough investigation.

“India needs to introspect and respond to questions about its security and intelligence lapses that led to this attack,” Pakistan’s foreign ministry said in a statement.

“The timing of the attack is very important, coming a few months before the elections in India,” he said.

“There will be massive diplomatic pressure on Pakistan, and there could be an escalation on the Line of Control [the de facto border], but beyond that one cannot see much happening.

“I don’t think at this point that there is a danger of major conflagration, despite the tensions we are witnessing.”