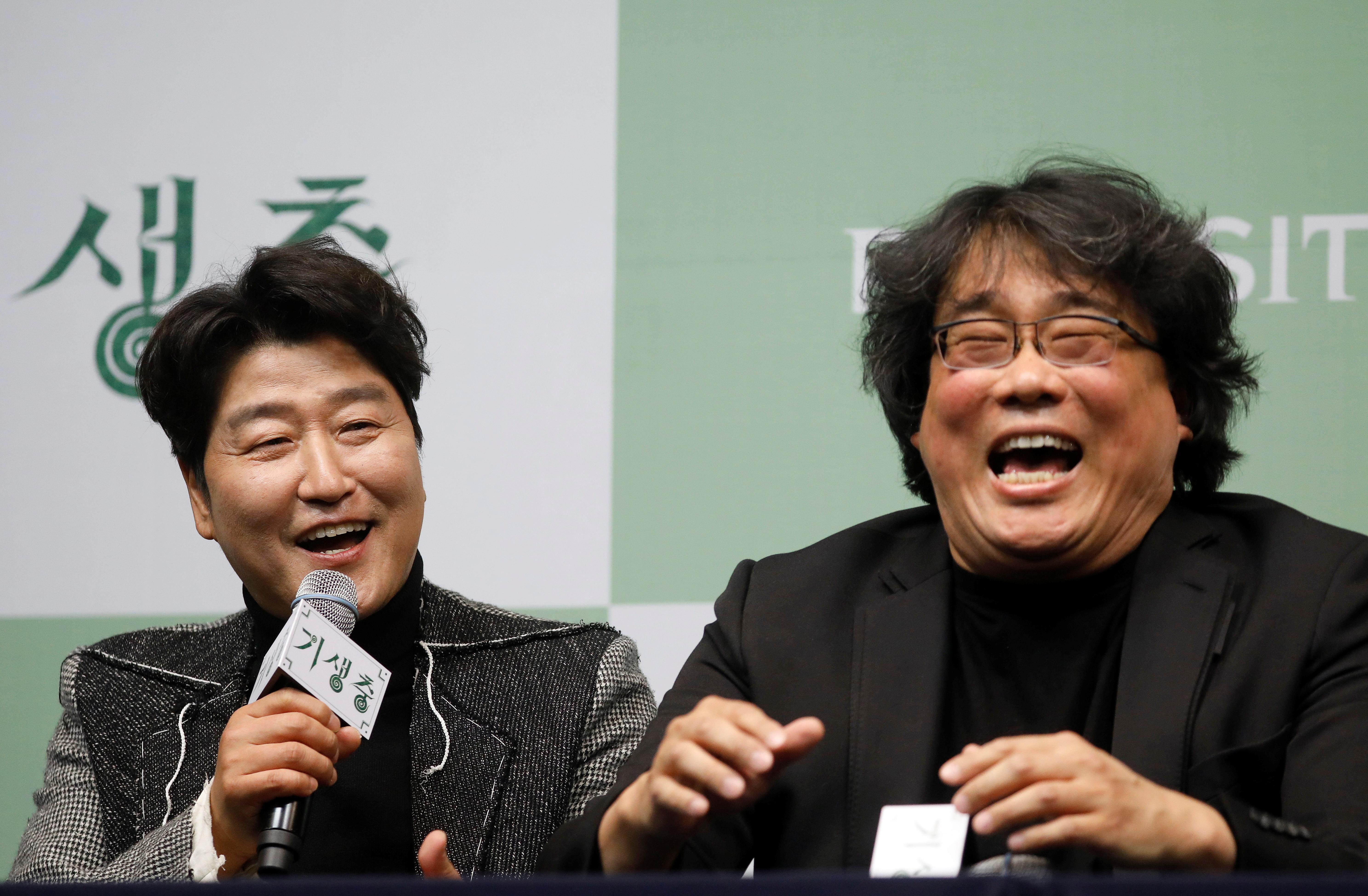 TOKYO (Reuters) – One of the stars of “Parasite” said on Sunday he hoped the film would help improve cultural ties between Japan and Korea, which have been strained by disputes including a trade row that ignited between the Asian neighbors last year.

Actor Song Kang-ho, who in the Oscar-winning film plays the father of the basement-dwelling Kim family, said he was happy about the warm welcome Japanese fans had given “Parasite” and hoped relations would continue to improve.

“I hope we can go back to the early 2000s, and have an interest in each other’s works,” Song told reporters at the Japan National Press Club. “Japan and Korea are close countries and can relate to each other’s cultures.”

“Looking at how ‘Parasite’ has been received even in Japan, I hope we can have a mutual interest in each other’s cultures.”

Song did not directly reference current relations, but the two countries have been going through a rocky patch since last year when a diplomatic row over Japanese compensation for forced World War Two laborers was exacerbated by a trade dispute.

Japanese filmgoers have embraced “Parasite” since it opened in the country on Jan. 10. The film rode its Oscar bounce to the top of the Japanese box office last weekend and has now become the top-grossing South Korean film in Japan of all time.

“I’ve come to Tokyo because I want to express my appreciation for the interest that all the filmgoers have shown,” the film’s director Bong Joon-ho told the same news conference.

“Parasite”, a dark social satire about the disparities between rich and poor in Seoul, made history this month by becoming the first foreign-language film to take Hollywood’s top prize.

The film, which won the Palme d’Or at the Cannes Film Festival last year, also scooped up three other Academy Awards including best director for Bong, who beat out Hollywood royalty including Martin Scorsese and Quentin Tarantino.