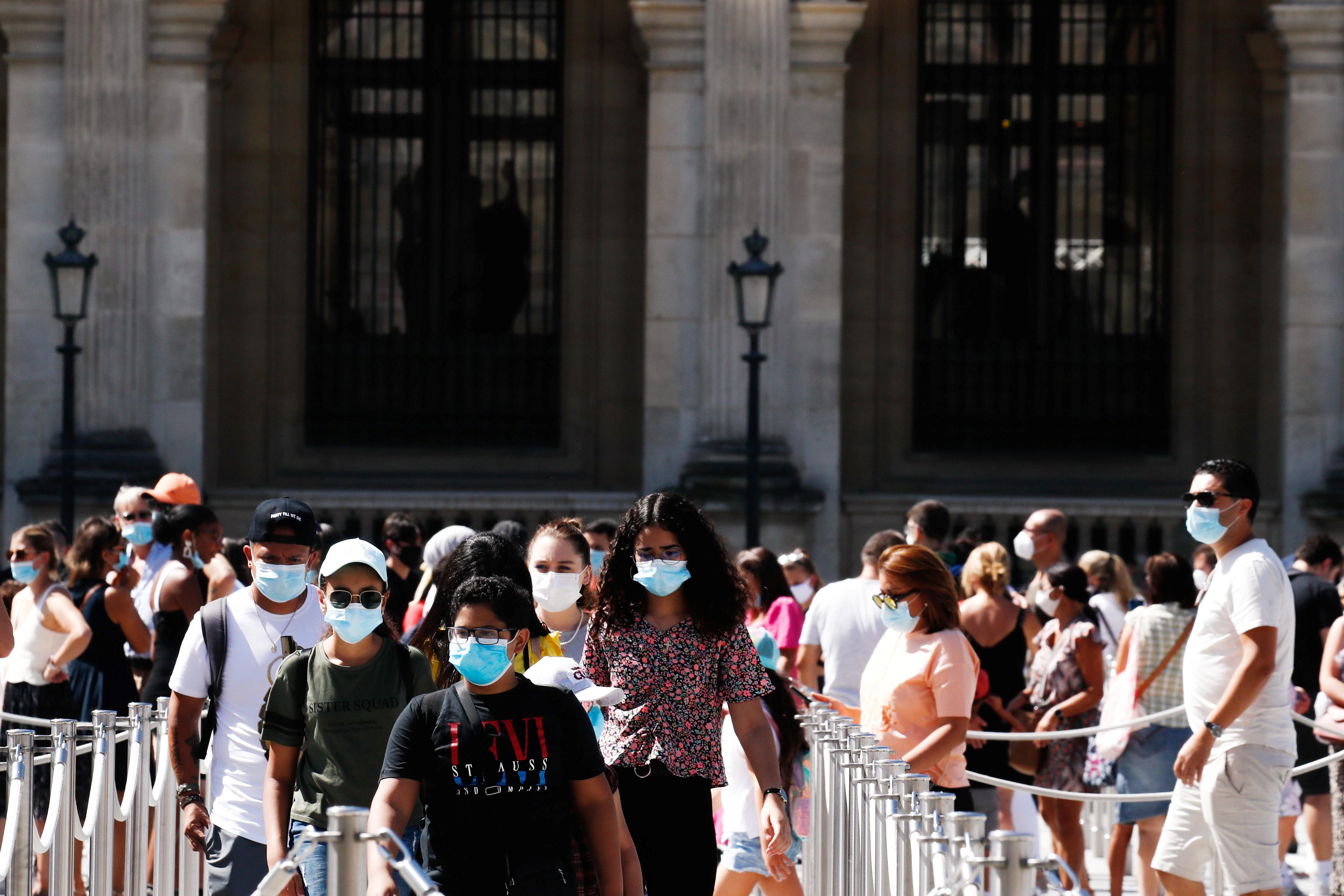 PARIS (Reuters) – Paris authorities on Saturday imposed the mandatory wearing of face masks outdoors in busy areas of the French capital from Monday to curb a rise in the rate of coronavirus infections.

The order applies to people aged 11 and over, the Paris prefecture said in a statement, adding that indicators showed the virus had begun circulating more widely since mid-July.

The rate of positive tests in the greater Paris region now stood at 2.4% compared with a national average of 1.6%, it said.

The zones where masks must be worn will be detailed separately, and evaluated on a regular basis, the prefecture said. They will include some densely populated areas in the capital’s lower-income suburbs.

France has made it compulsory to wear a face mask in closed public spaces such as shops and banks since July 21, and Paris joins a growing list of cities ordering people to wear masks in busy zones outdoors, including Toulouse, Lille and Biarritz.

“It needs to be done, even if it is not particularly pleasant,” Parisian Ofra Hoffman said in the run-up to the announcement.

The number of people in France infected with coronavirus rose by 2,288 on Friday, a new post-lockdown high. [nP6N2D400P

Britain will not hesitate to add more countries to its quarantine list, finance minister Rishi Sunak said on Friday when asked about whether France could join Spain on the list.