At Pizzeria Sei, Sang Woo Joo uses global wisdom to nudge a rigid style into the future, one pie at a time.

The tradition of Neapolitan pizzas is rigorous and regulated, but Sang Woo Joo is making his own version through meticulous experimentation. Credit…Ryan Young for The New York Times

LOS ANGELES — Every day, the pizza at Pizzeria Sei is a tiny bit different from the day before. I know this because I can’t stop going to Pizzeria Sei.

This is to enjoy the pizza, which is almost buttery while it’s hot, the dough fine and floaty, its surface salty and freckled with char, but the perimeter bubbly and soft, a delicate network of steam-filled rifts.

But it’s also to take in the infinitesimal variations from one pizza to the next, from one night to the next, as Sang Woo Joo finds his groove. The toppings will be a touch lighter, or more tightly concentrated at the center of each pizza one night. The next, the crusts will be more tender, or slightly deeper in color.

I’m not talking about inconsistency. I’m talking about how pizza, like you, is always changing in small, almost imperceptible ways. How at any young pizzeria, what appears as the dinner rush is in fact someone’s obsessive, repetitive and never-ending odyssey to establish and maintain house style. 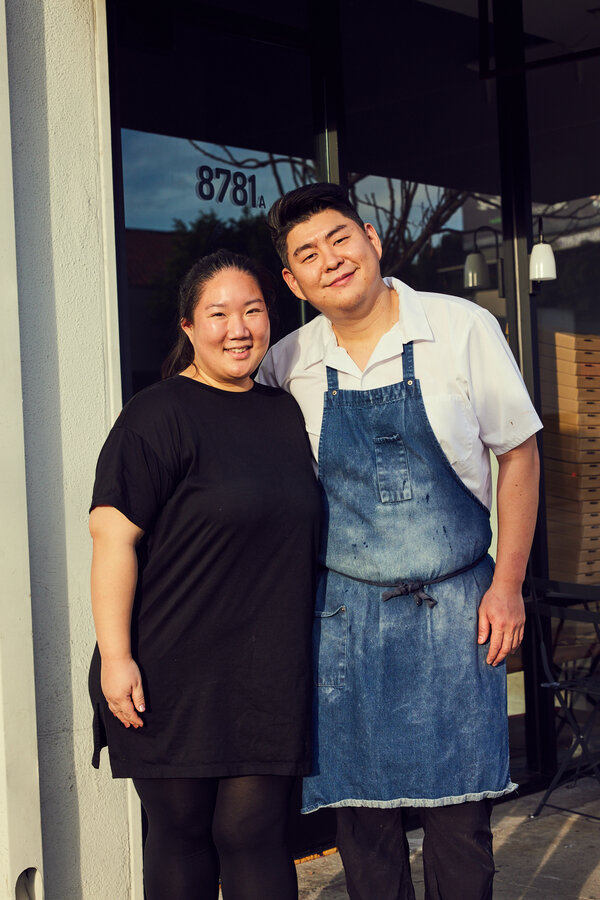 What is Pizzeria Sei’s? Mr. Joo, who runs the kitchen, and Jennifer So, who runs the dining room, opened their friendly little counter in the Pico-Robertson neighborhood of Los Angeles in February. They named it Sei for the number six in Italian, the number of slices in each of their pizzas.

The menu is classic and spare — a few salads; some perfectly sliced, properly supple prosciutto; a handful of pizzas draped in mostly Italian ingredients; and tiramisù for dessert. At a glance, you might say that Mr. Joo makes Neapolitan pizza — manageably sized, puffy-edged pies cooked very quickly in a wood-fired oven. But look closer, and he is also building on the work of neo-Neapolitan pizza makers in Japan who reached for local ingredients when they considered them better, and revised the process of shaping and seasoning the dough.

This might sound insignificant, but few codes are more rigid and impenetrable than the one for Neapolitan pizza. Other pizza styles may have a handful of general criteria — the heat source, the pan, the thickness of the dough — but only Neapolitan has a formal body known as the Associazione Verace Pizza Neapolitana protecting it with a set of precise international regulations.

The tomatoes: canned, peeled, San Marzano dell’Agro Sarnese-Nocerino D.O.P. The mozzarella: buffalo milk. The hard cheese: Please see our approved list of vendors. A “true” regulation-size Neapolitan pizza can be broken down by ingredient to the gram: 60 to 80 grams of approved tomatoes on a margherita, and 70 to 100 on a marinara, which is slightly saucier. 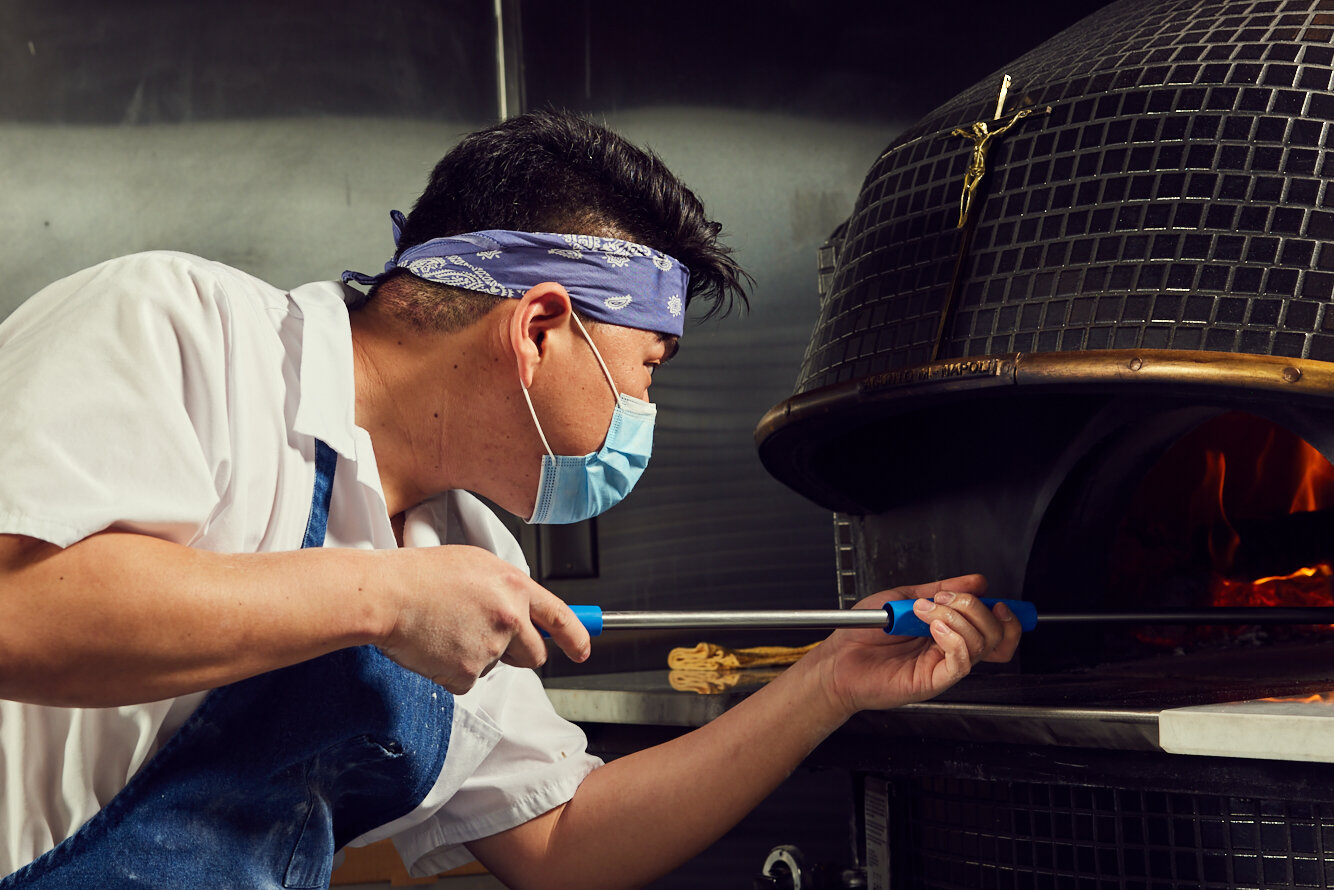 I respect this level of control, but I cannot appreciate a pizza this way. Besides, the best pizza places, regardless of style, are less like museums and more like eccentric workshops. Take the work of the Japanese chef Susumu Kakinuma, who runs the Tokyo restaurant Seirinkan.

Though Seirinkan is now endorsed by the Associazione, decades ago, when Mr. Kakinuma traveled to Naples and fell in love with the local pizza style, restaurants were so skeptical of a Japanese cook trying to make Italian pizza that it was impossible for him to apprentice himself locally.

Instead, Mr. Kakinuma ate a lot of pizza. And each time he ate, he observed the hands of the pizzaiolos, the textures of the dough and the timing of the ovens. Then he baked, teaching himself as he went.

Mr. Kakinuma modeled the pizzas he made back in Tokyo on Neapolitan pizzas, but not too strictly — he used Italian tomatoes and cheeses, but Japanese flour. He sauced lightly. He took the tradition of throwing salt into the oven farther, making it part of his seasoning process, and he shaped the dough differently, wrinkling it so it puffed into soft, starlike tips.

In short, he helped to form, through his own compulsive pizza-making, a new school — Tokyo neo-Neapolitan — which now includes several serious pizzerias in Tokyo, some of which use swirls of mayonnaise, shaved tuna, smoked eel and all kinds of ingredients that might make the Associazione shudder.

But this is the thrill of pizza — the way it develops, continuously, through digressions, idiosyncrasies, anomalies and adaptations. Through the overlapping work of the people who cook it, day in, day out.

At Sei, he buys produce — basil, mushrooms, garlic, eggs — from the Santa Monica Farmers Market twice a week, and works with a yeasted dough that’s proofed slowly over the course of two days. His pizzas reflect both of the neo-Neapolitan styles he studied, but they’re not entirely either, still grafting toward his own.

The salty margherita has a juicy, but not soggy center, and the Bismarck comes with a tender-to-runny egg. My favorite is the white pie, the raw dough drawn across the counter so it’s shining, covered only with a swirl of thick cream and fior di latte mozzarella, freckled with preserved lemon and obscenely large glugs of olive oil.

I’ve eaten this pizza at the sun-baked metal table on the sidewalk, and in my car rushing down the Santa Monica Freeway — a slice is just about structurally sound enough for this. But the best way to enjoy it is at the counter, straight from the oven, off the peel and onto a plate, the crust full of steam, still hissing with life.