Buttigieg showed early promise but his campaign lost momentum in Nevada and he came a distant fourth in South Carolina. 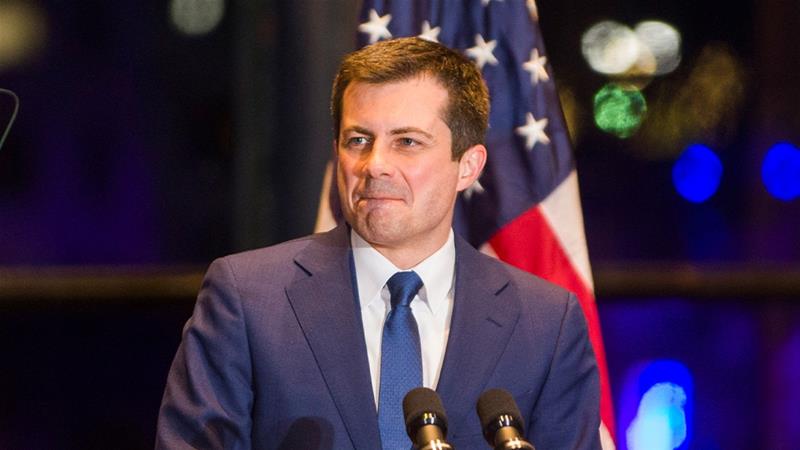 Pete Buttigieg, who entered the Democratic presidential race as a relative unknown and positioned himself as the future of the party during an improbable rise to the top tier of a crowded field in the 2020 US presidential election has withdrawn from the campaign for the White House.

Buttigieg, 38, a former mayor in Indiana and an Afghanistan war veteran, narrowly won the Iowa caucuses that kicked off the nominating race in February and finished a close second in New Hampshire.

But his early momentum from those rural, mostly white states did not translate into success in the more diverse states of Nevada and South Carolina.

After finishing a distant third in the Nevada caucuses, Buttigieg came in fourth on Saturday in South Carolina, where he won support from just 3 percent of African-American voters.

Buttigieg plans to endorse former Vice President Joe Biden, a top adviser told Reuters news agency shortly after he announced his withdrawal from the race at an event in South Bend, where he was twice mayor.

Even without the endorsement, the centrist Democrat’s withdrawal from the race could help Biden, a fellow moderate who got a much-needed victory on Saturday and now is looking to wrest momentum from liberal frontrunner Bernie Sanders in this week’s 14-state Super Tuesday nominating contests.

Buttigieg would have been the first openly gay major-party presidential nominee in US history. He did not make his sexuality a centrepiece of his candidacy, although his husband, Chasten Buttigieg, a teacher he married in 2018, regularly accompanied him on the campaign trail.

His decision to drop out caught some supporters by surprise. A big crowd already had gathered on Sunday night for the candidate’s scheduled event in Dallas when they learned he was no longer coming.