Teodoro Locsin Jr says murder of Jews in Germany was a ‘historical fact’, describes Duterte’s comments as a ‘metaphor’. 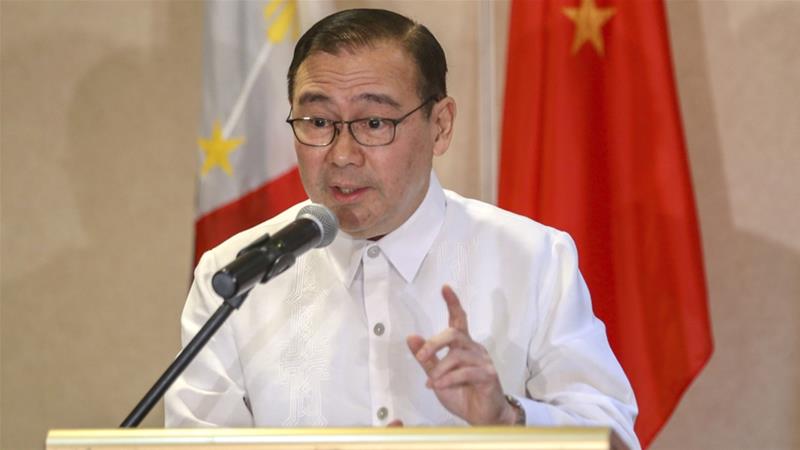 The Philippines’s top diplomat has defended his comments on Nazi Germany and Adolf Hitler’s massacre of Jews as “historical fact”, amid brewing diplomatic tension between Manila and Berlin.

Foreign Affairs Secretary Teodoro Locsin Jr wrote on social media on Saturday that President Rodrigo Duterte’s previous comparison of his deadly war on drugs to the Nazi leader’s killing of millions of Jews during the Holocaust “is a metaphor”.

Locsin’s comment followed reports on Friday that Germany’s foreign ministry had summoned the Philippines’s acting ambassador to Berlin, to protest earlier remarks he had made about Duterte’s controversial Holocaust statement to a journalist during a visit to the German capital on Monday.

In the interview with ARD journalist Arnd Henze, Locsin responded to a question about Duterte’s 2016 remarks, in which the head of state appeared to compare himself to Hitler, and said he would be “happy to slaughter” millions of drug addicts in the Philippines, like the Nazis did to millions of Jews.

In a statement on Friday, the Department of Foreign Affairs in the Philippines described a clip of an interview as “unfortunate” and “biased”.

“The video posted by Mr Henze on his blog is incomplete and misleading. It failed to show Mr Henze’s deliberate attempts to provoke Secretary Locsin into giving controversial remarks,” it said.

In response to Germany’s diplomatic protest, Locsin said on Friday: “Rich, coming from one of those who did not just comment on it but perpetrated it.”

In a separate post, Locsin confirmed the summons writing on Twitter, “Yes, what now? Berlin embassy is handling it; I already told them to tell the German Foreign Ministry to send the German ambassador to me because I’d rather finish my own fights than have others do it.”

Writing in the Filipino language, Locsin ended his post with a quip seen by critics as homophobic.

In an interview with Al Jazeera on Saturday, Henze, the German journalist, said that as a diplomat, Locsin “should have known” before visiting Germany how sensitive the Holocaust issue is to the country. 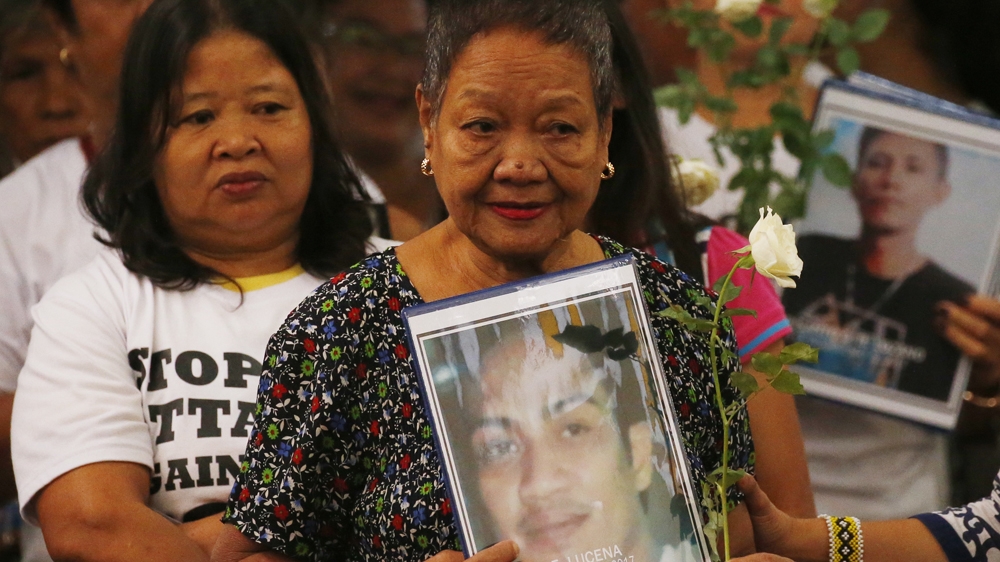 “It is absolutely unacceptable. He could have answered it by saying that President Duterte had apologised about the matter. That could have ended the interview. Instead, Mr Locsin tried to justify what the Philippine leader said,” Henze said.

In the aftermath of the controversy, the Philippine foreign secretary had blocked him on Twitter, he added.

He said that after Locsin’s visit, “everyone now knows” about his statement on the Holocaust.

On Friday, the German government said it will explore more options to try to pressure the Duterte administration as it continues to pursue its deadly drug war.

Duterte had already apologised to the Jewish community in the Philippines, shortly after giving the original remarks in 2016. During his visit to Israel in 2018, he also visited the Holocaust memorial and met elderly Jews who had fled to Manila to escape the Holocaust.

Locsin’s recent comments, however, revived Duterte’s Nazi controversy, while also putting a spotlight on the diplomat’s previous remarks about Hitler.

In October 2016, while serving as the Philippine ambassador to the United Nations, Locsin sparked outrage after he defended the deadly drug war in the Philippines, writing “the drug menace is so big it needs a Final Solution likes the Nazis adopted. That I believe. No rehab.”

In another social media thread in August 2016, Locsin also wrote, “I hope I am not misjudged. I will try to analyze the drug problem and its FINAL SOLUTION ala [Auschwitz] objectively”.

Since Duterte came to office on June 30, 2016, human rights advocates say the death toll in his war on drugs has surpassed 20,000. The Commission on Human Rights was quoted in December 2018 as saying that the number could be as high as 27,000.

The government, however, claims the toll is much lower. According to its latest report, published in December, a total of 5,050 people have been killed since the launch of the anti-drug campaign.

Locsin, a former television commentator and opinion columnist, is no stranger to controversy, frequently engaging his social media followers in spats. He has more than 650,000 followers on Twitter.

In one of his more recent commentaries, he referred to the “sissy international media” for not reporting about the drug trade’s effect on mass migration.

“This is clear proof that media critics of wars on drugs must surely be on the payroll of the drug trade.”

“Given Duterte’s often incendiary rhetoric, which has imperilled our relations with some of traditional partners, especially in the West, it’s imperative that the country’s diplomatic chief acts as one, namely as a diplomat,” Heydarian told Al Jazeera.

“We are witnessing a puzzling situation where Duterte’s henchmen try to out-Duterte each other, some with regrettable lack of remorse and common sense. Often it’s hard to see whose comments are more unacceptable in the ongoing bid to the bottom.”