Commonly known as “Brood X” by experts, billions of cicadas (locusts) are set to emerge in an event that does not occur anywhere else in the world. Once the locusts emerge after spending so long underground, they can ravage plant life before they die after being unable to eat any more. The enormous pack of locusts is expected to spread across large parts of the east of the US, where during the early part of the summer, billions will rise up to mate.

Matt Kasson, an associate professor at West Virginia University told NBC News: “They’re in the dark, they’re feeding on roots⁠, just living their best lives until the time is right.

“And that’s when they decide, you know what, it may be time to go up and find a partner.”

Species which have the same long lifespan before culminating in a mass emergence are very rare and have only recently been seen in Japan.

Indeed, there are only seven species of cicadas, of which only three have a cycle of 17 years. 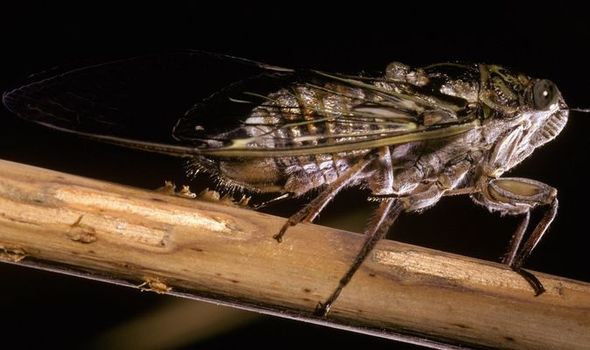 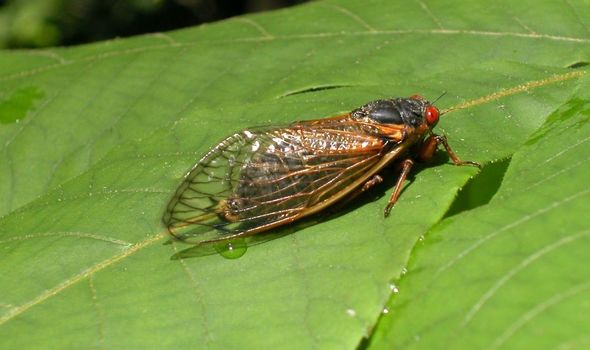 All three 17-year species will emerge this year – hence why it is so rare – in what is termed as Brood X, the tenth group in a system designed by Charles Lester Marlatt.

While their emergence is rare, the locusts will not survive for long as they feast in mass numbers, before dying.

During this time, they will lay eggs in trees in order to restart the 17-year-cycle.

JUST IN: Brexit LIVE: Fury as £2m spent on UK patrols but no EU boat inspected 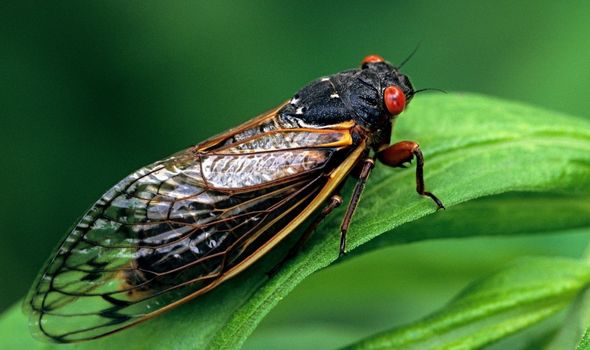 “You will get a treat or a nightmare that comes only every 17 years.

“Cicadas are going to be noisily mating this spring, trillions of them.

The cicadas are the only insect to have evolved in this way which scientists think is due to the glacial period in the Earth’s development.

Disease X warning: ‘Covid just a dress rehearsal’ [Latest]
END OF THE WORLD: Why coronavirus is only the tip of the iceberg [Insight]
Devastating mice plague overwhelms Australia in huge wave of rodents [Update] 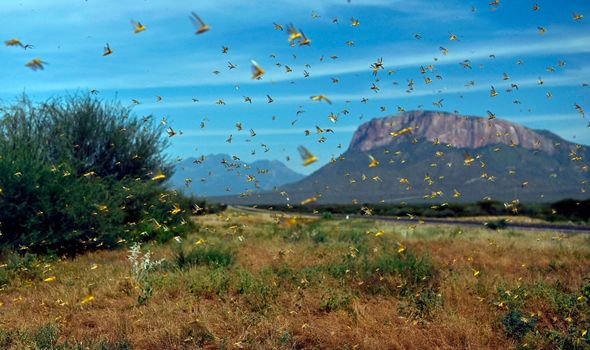 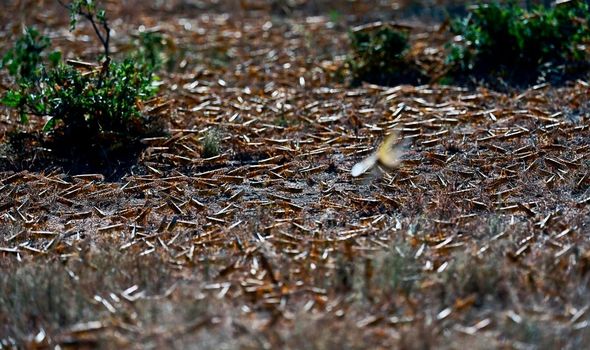 Professor Chris Simon from the University of Connecticut also told NBC News revealed the species extended their life cycles to adjust to the short growing season.

He said: “During the glacial periods, we think that they probably extended their life cycles, because the growing season was too short to complete development at their previous time.”

Last year, hoards of locusts sprung up across Africa, parts of the Middle East and areas of Southern Asia.

The locust invasion swept across multiple farms in East Africa, devastating crops and farms in what was the worst incident in 70 years.

Such is the severity of the locust invasion, the United Nations Food and Agriculture Organization said it can impact up to 10 percent of the world’s population.

Keith Cressman, the U.N. Food and Agriculture Organization’s said: “In Kenya, it’s the worst outbreak they’ve had to face in the last 70 years. 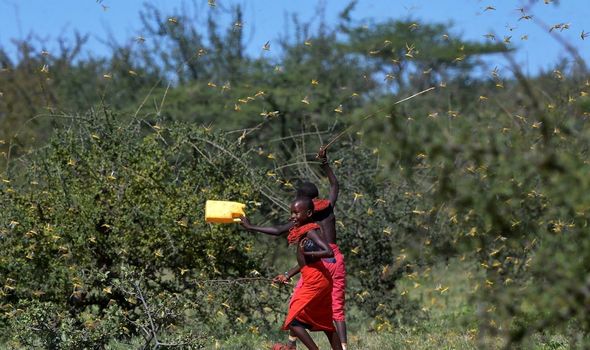 “In India or Pakistan, it’s probably the worst they’ve had to face in the last quarter of a century.”