WARSAW (Reuters) – Wildfires have been ravaging the marshes of the Biebrza National Park in northeastern Poland, home to moose, beavers and unique wetland birds, since Sunday, as the country faces the severest drought in decades. 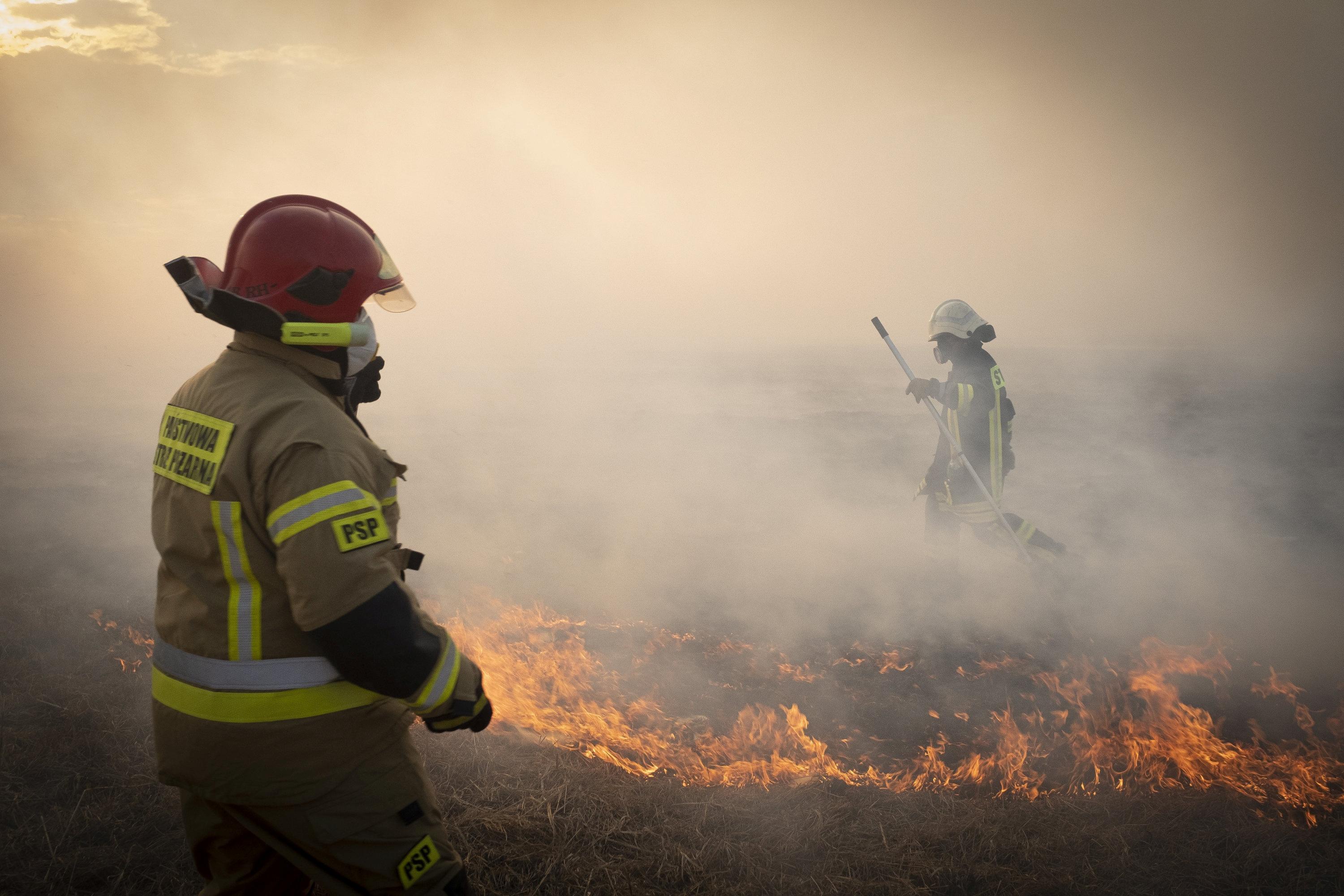 Hundreds of firefighters are tackling the blaze, which has spread to around 6,000 hectares. The area of the Biebrza Nature Park, Poland’s biggest, is 59,000 hectares.

“Spring is an abrupt explosion of life. It is impossible to calculate the loss. This is a tragedy, it cannot be described. We may have to fight this fire for months,” Janina Agnieszka Zach, a tour guide at the park, told TVN broadcaster.

The Environment Ministry said the fire was most likely caused by illegal grass burning.

“Fires in the Biebrza National Park break out every year, but such a large one has not been there for years. The situation is very serious,” Environment Minister Michal Wos said in a statement.

“The wind and the unique drought this year make it very difficult to put out the fire,” the ministry also said.

Environmentalists say that the fire reflects ongoing climate change and urge the government to change its water management policies to fight the drought.

“We regulate rivers, straighten their banks, conduct harmful maintenance works, which accelerate the outflow of water, we build dams and hydrotechnical barriers, dry marshes. We forget that it is natural rivers and their valleys that counteract drought, and wetlands are the best areas for natural retention,” said World Wildlife Fund (WWF) Polska in its latest report on drought in Poland.

“Instead of building retention reservoirs, efforts should be made to renaturate already damaged rivers,” said Przemyslaw Nawrocki from WWF Polska.

On Wednesday President Andrzej Duda called on Poles to use water reasonably.

The fire rages as the world on Wednesday celebrates Earth Day, an annual event to demonstrate support for environmental protection.