Home » World News » POLL: Should the US back down in Taiwan after China’s warning?

China warned against Nancy Pelosi, US Speaker of the House of Representatives, making the trip and has initiated live-fire military drills around the island after she called Taiwan “one of the freest societies in the world” and pledge American solidarity. The Defence Ministry in Taiwan said on Wednesday, August 3, that China has broken rules implemented by the United Nations and that it would counter any territory breaches.

Tensions between Beijing and Washington have been heightened as Ms Pelosi became the first senior US official to visit the self-ruled island since 1997.

Chinese President Xi Jinping has promised to reunify the island with the mainland by any means necessary.

China views visits by foreign officials as recognition of the island’s sovereignty and the trip has sparked fears China could one day invade Taiwan.

The US has vowed to defend Taiwan if China invades, increasing fears of war. 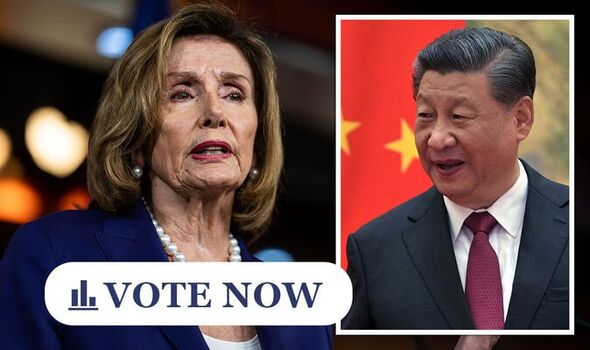 After Ms Pelosi’s arrival, John Kirby, White House national security spokesman, said America was “not going to be intimidated” by threats or bellicose rhetoric from China.

It added that the United States “has been attempting to use Taiwan to contain China.

“It emboldens ‘Taiwan independence’ separatist activities. These moves, like playing with fire, are extremely dangerous. Those who play with fire will perish by it.”

On Tuesday night, August 2, Ms Pelosi said: “America’s solidarity with the 23 million people of Taiwan is more important today than ever, as the world faces a choice between autocracy and democracy.” 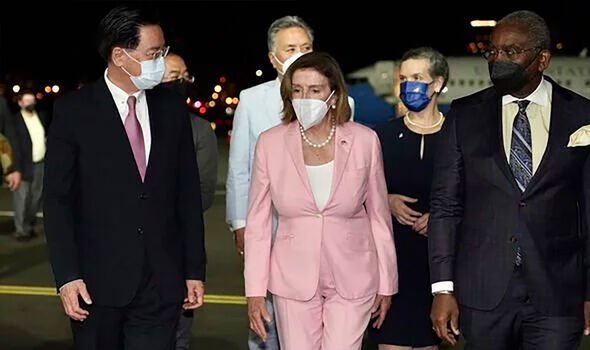 She added that her trip “in no way” contradicted official US policy, which recognises “one China” and has not officially recognised Taiwan as an independent state.

Russian Foreign Minister Sergei Lavrov described Ms Pelosi’s visit as a show of US “entitlement”, giving the impression that it can “do whatever it wants with impunity”.

Since Ms Pelosi’s visit – the highest-level US visit to Taiwan in 25 years – China has blocked imports of fish and citrus fruits from Taiwan.

So what do YOU think? Should the US back down in Taiwan after China’s warning? Vote in our poll and leave your thoughts in the comment section below.