The women will serve as lay experts on the 15-member council to oversee the administrative and financial structures. 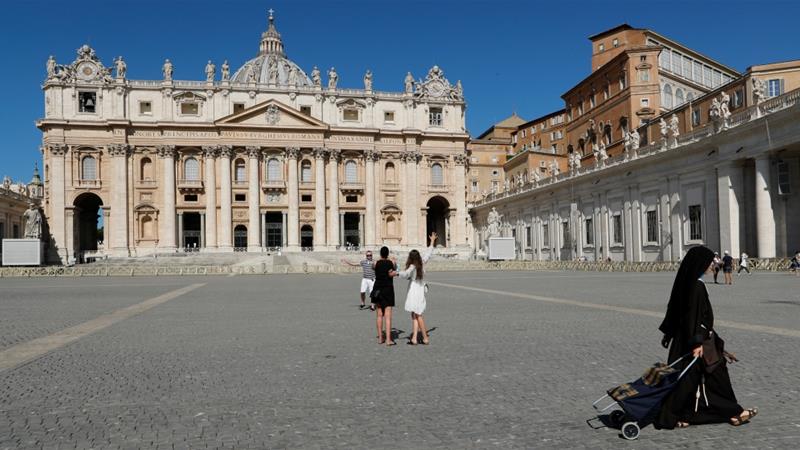 Pope Francis has appointed six women to the Vatican’s economic council, a first for the financial watchdog overseeing the administrative and financial structures of the Holy See.

The women will serve as lay experts on the 15-member body, which also includes eight cardinals and another male lay expert, the Vatican said in a statement on Friday.

Pope Francis instituted the council in 2014 as part of wider continuing efforts to bring more oversight to the Vatican’s financial dealings after a series of damaging scandals.

The Argentine pontiff has tried to give more power to women within the Vatican although leadership positions are still held by priests, bishops and cardinals.

In January, he named a woman, Francesca Di Giovanni, to a senior role within the Secretariat of State, equivalent to the Vatican’s foreign affairs ministry.

The Council for the Economy provides guidelines to the powerful Secretariat for the Economy, which coordinates the Vatican’s economic and administrative affairs.

Cardinal Reinhard Marx, archbishop of Munich and Freising, will remain the council’s coordinator, but Francis chose to largely renew the council by appointing 13 new members.

The six women experts come from academia, politics and finance.

Two new German members are Charlotte Kreuter-Kirchhof, a law professor at the Heinrich-Heine University in Dusseldorf and Marija Kolak, President of the German Association of Credit Unions and Volkskassen.

The one man among the appointed experts is Italian economist Alberto Minali.