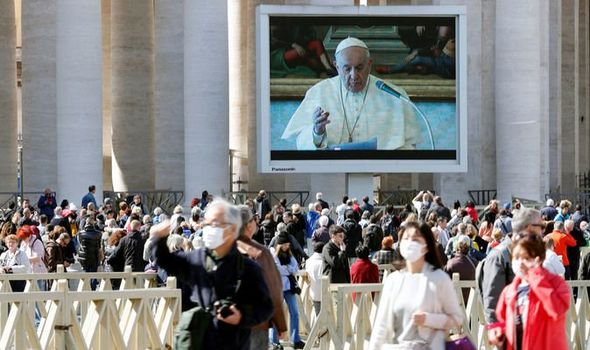 He did, however, go to the window and wave silently to a mere several hundred people in the huge square, which often draws tens of thousands.

Most kept a safe distance from each other as they watched the pope deliver the address on four mega-screens.

“It’s a bit strange this Angelus prayer today with the pope caged in the library, but I see you and I am close to you,” he said.

It was the first time that Francis had skipped giving the blessing and reading an address from the window since his election in 2013, apart from times he was travelling outside Rome.

Francis appeared to have recovered from a cold that forced him to skip a Lenten retreat with senior Vatican officials near Rome last week.

“I am close in prayer to people who are suffering because of the current coronavirus epidemic as well as to all those who are taking care of them,” he said, speaking while standing in the frescoed room which is used mostly for private audiences. 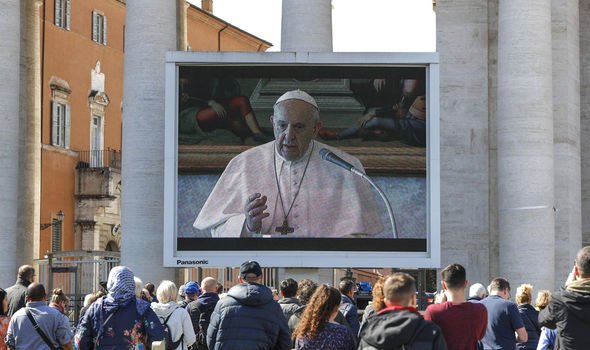 He encouraged the faithful “to live this difficult moment with the strength of faith, the certainty of hope and the fervour of charity”.

The window was then opened and he waved briefly and silently.

Some pilgrims had come a long way hoping to get the blessing directly.

“I am bitterly disappointed,” said Pamela Kennedy, 66, of Yukon, Oklahoma, who was in the square with her husband, Bill.

“We started planning this trip a couple of years ago to mark our 20th wedding anniversary and the 20th anniversary of my becoming Catholic,” she told Reuters. 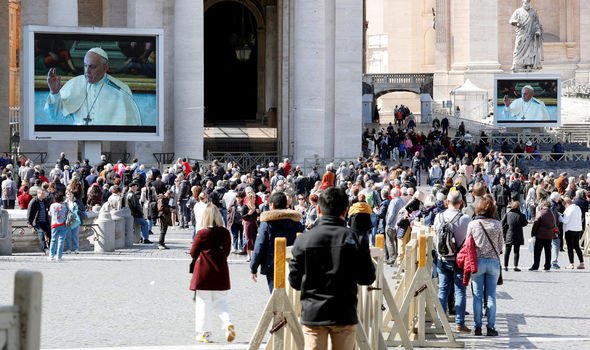 Italy has imposed a virtual lockdown across a swathe of its wealthy north, including the financial capital Milan, in its latest attempt to contain a growing outbreak of coronavirus.

The government has also imposed other restrictions throughout the country, such as the closing of museums.

A Vatican source said the Vatican museums, which get six million visitors a year, would be closed as of Monday.

During his address, Francis also appealed for an end to the conflict in northwest Syria, where nearly a million people have been displaced in a three-month Russian-backed offensive by Syrian President Bashar al-Assad’s forces.

“We should not take our eyes off this humanitarian crisis,” Francis said.