The 85-year-old Pontiff said today that he can no longer travel as he once used to due to strained ligaments in his knees. The comments come following a week-long trip to Canada, during which he apologised to indigenous people for the injustices they suffered at Catholic church-run schools.

The Pope said the trip was a “test” and showed him that he needed to slow down and possibly retire at some point.

Speaking at a news conference, he brushed aside concerns about changing Popes.

He said: “It’s not strange. It’s not a catastrophe. You can change the Pope.”

He said he wasn’t considering stepping down immediately but acknowledged that he needed to “slow down”. 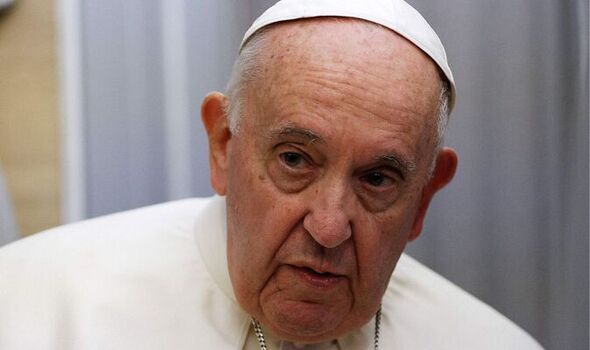 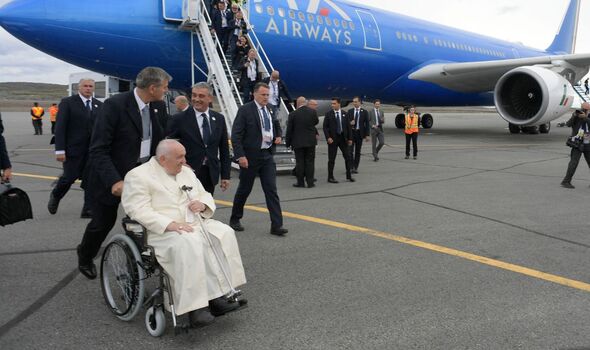 Earlier this month, the Pope spoke of his predecessor’s retirement, Pope Emeritus Benedict. He claimed that the transition had worked “quite well”.

He said: “I think at my age and with these limitations, I have to save [my energy] to be able to serve the church, or on the contrary, think about the possibility of stepping aside.”

The Pope was bombarded with questions about the future after he was seen using a wheelchair, walker and cane to get around.

During his Canada trip, there were several moments when Pope Francis was clearly struggling or even in pain as he got up from his chair. The strained ligaments have made it much harder for the Pope to mingle with crowds effectively. 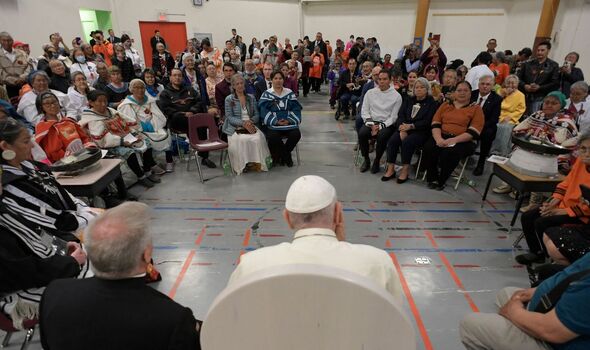 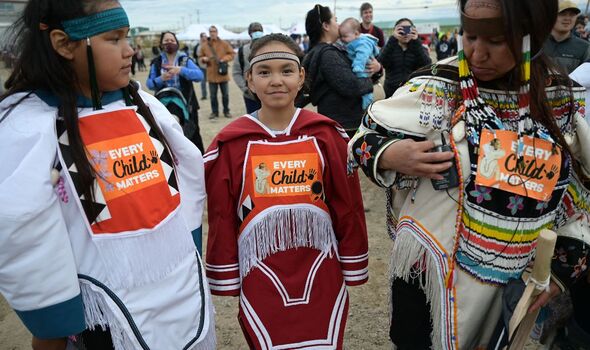 The Pope was scheduled to make a trip to Africa at the beginning of July, however continuing laser and magnetic therapy on his knee, which he strained earlier this year, kept him from the continent.

Following his six-day Canada tour, Pope Francis seemed to be in good spirits. He ruled out having surgery on his knee citing lingering effects from a July 2021 surgery during which 13 inches of his large intestine was removed.

He said on Saturday (July 30): “I’ll try to continue to do the trips and be close to people because I think it’s a way of servicing, being close. But more than this, I can’t say.”

Canada’s Truth and Reconciliation Commission ruled in 2015 that the forced removal of indigenous children from their parents and their homes to be brought up in Catholic-run schools constituted a “cultural genocide”. 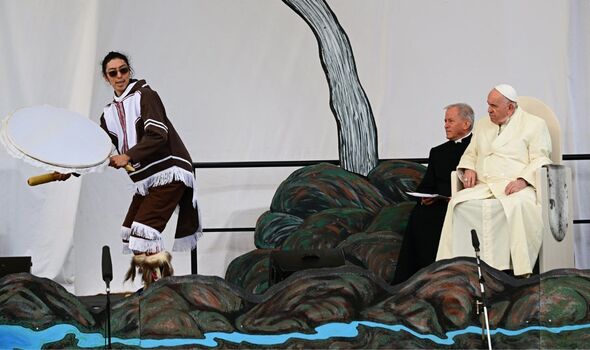 Pope Francis said: “It’s true I didn’t use the word because it didn’t come to mind, but I described genocide, no? I apologised, I asked forgiveness for this work, which was genocide.”

The Catholic Church has reformed several of its official views under Pope Francis’s leadership, including considering the possession of atomic weapons immoral and considering the death penalty immoral in all cases.

In September, he will travel to Kazakhstan for an interfaith conference where he will likely meet Russian Orthodox Patriarch Kirill, who has justified Russia’s invasion of Ukraine.

The Pope has also expressed a desire to visit Kyiv, however no trip there has been arranged to date.