LISBON (Reuters) – Portugal gave the green light on Friday to the third phase of its lockdown exit, but some restrictions will remain in Lisbon due to localised outbreaks in industrial hubs and outskirts. 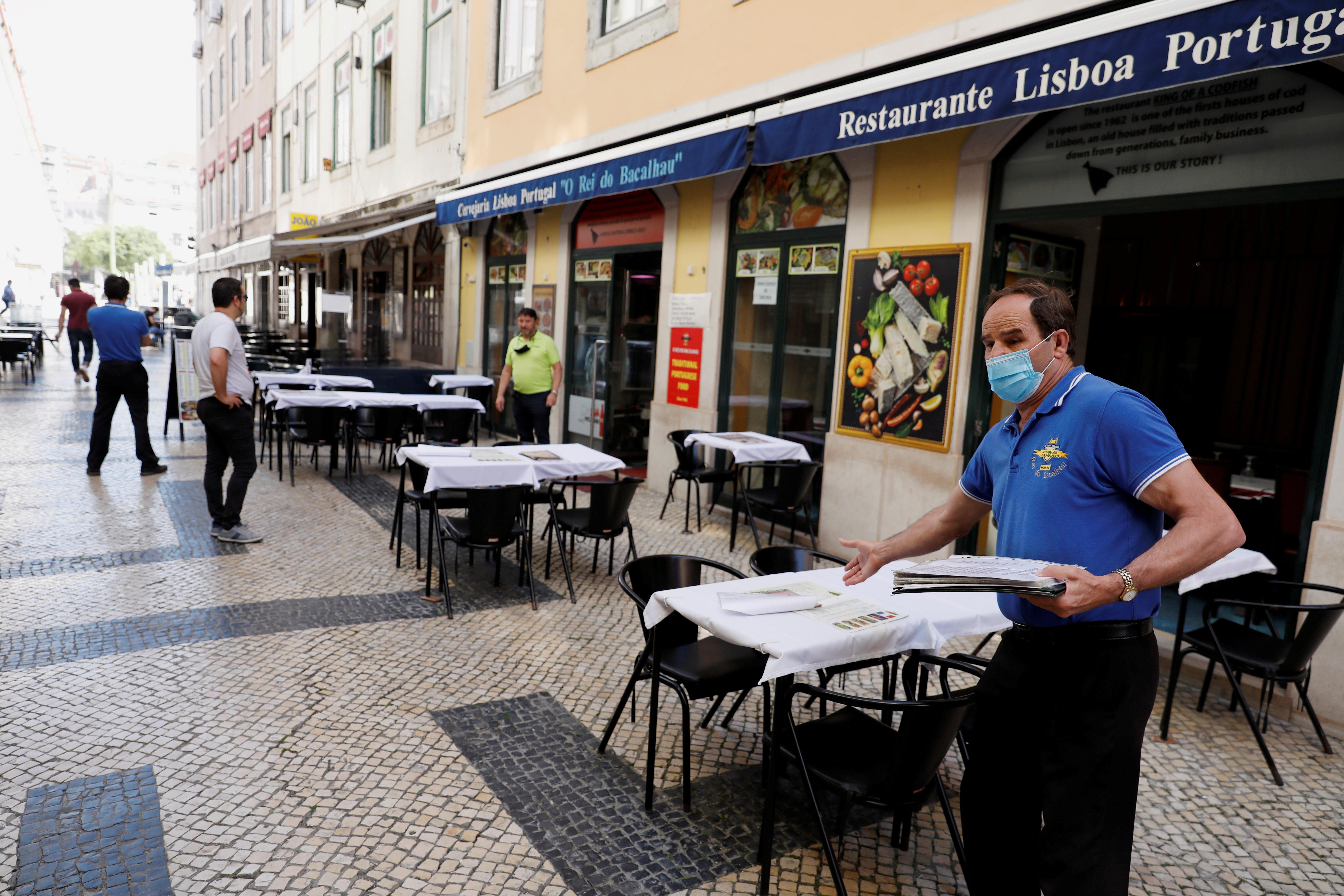 From June 1, shopping malls, childcare centres, gyms, cinemas, theatres and other cultural venues can reopen across most of the country but with capacity restrictions.

Gatherings of up to 20 people will be allowed, and the 50% capacity rule on restaurants in place since their reopening on May 18 will be lifted.

But in Greater Lisbon, where most recently reported cases were located, gatherings remain limited to ten people, and shopping malls stay closed until at least Thursday.

“Unfortunately, the evolution in Lisbon is significantly different from the rest of the country,” Prime Minister Antonio Costa said. “But as I said at the beginning, I have no shame in taking a step back if necessary.”

The prime minister promised widespread testing of construction workers and those on temporary contracts in Azambuja, an industrial hub where 340 workers tested positive for the virus at two warehouses in recent weeks.

Those living with workers will also be tested, Costa said, and housing made available to people needing to self-isolate.

Portugal, which has recorded 31,946 confirmed COVID-19 cases and 1,383 deaths backed by Europe’s fourth highest testing rate, began lifting a handful of restrictions imposed during a six-week lockdown from May 4.

Concerns are spreading about localised outbreaks in poorer parts of Lisbon’s outskirts such as the “Jamaica” neighbourhood where residents asked for cafes to be closed and the area cordoned off after a sudden spike in cases.

Portugal’s economy, which was slowly recovering from a severe debt crisis, is expected to contract by 8% this year, according to the International Monetary Fund, above the European Commission’s predictions of a 6.8% drop.