The Russian military is coming under increasing assault in the contested territory of Crimea as Ukraine bombards bases in the area. Western officials have claimed that the Ukrainian strikes are having a major psychological impact on Russian troops. This comes after Ukraine’s strikes destroyed at least eight Russian fighter jets earlier this month. Many military experts have argued throughout the conflict that Moscow’s forces have not achieved what they expected they would in Ukraine.

But General Sir Richard Sheriff recently claimed that this may not stop Russian President Vladimir Putin from targeting other countries in Eastern Europe.

Speaking to The Globalist on Monday, he said that for Putin it could “make sense” to “take a swipe” at three other former Soviet nations.

General Sheriff explained: “Putting ourselves in the mind of the man, Vladimir Putin, if he is able to do so it would absolutely make sense to take a swipe at Moldova, and Georgia as well and even maybe Kazakhstan.

“His long term vision is to reestablish a Russian empire, and that means not only removing Ukraine from the map effectively but also including those four other Soviet republics. Moldova specifically, but also Georgia.”

General Shirref was then asked if Russia could take Moldova in a more seamless fashion given the difficulties Moscow’s troops have faced in Ukraine. 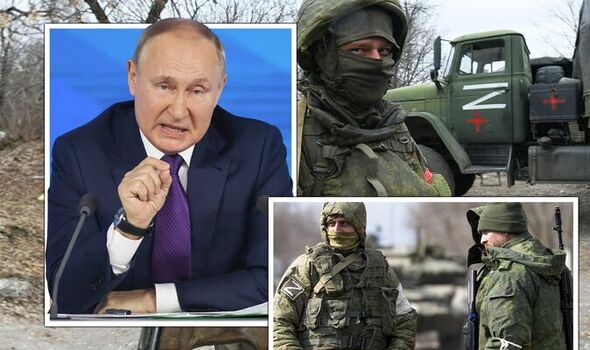 “You’re not going to need a lot to gobble up Moldova if you are Putin because it is not the size of Ukraine and therefore a smaller military force would be needed to do so.

“But even that is probably beyond him at the moment. He has made virtually no progress in the last couple of months, the Ukrainians are hitting back quite successfully, his supply lines are stretched, his man power is extremely stretched.

“I think the probability of an attack on Moldova right now is low, but it exists, and there does need to be a strategy for the post-Soviet republics like Moldova.”

Moldova has felt threatened by Russia for years.

One dispute that could see tensions boil over is the region of Transnistria. 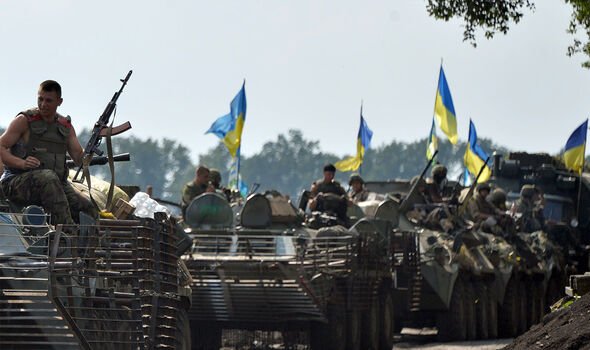 It is an unrecognised breakaway state which lies along the east of Moldova.

It is a Russian-backed region, and Moscow has even sent 1,500 soldiers there, which the Kremlin calls a “peacekeeping force.”

Moldova is not alone, however, as Lithuanian President Gitanas Nauseda also showed how his country fears they could be attacked by Russian forces.

In March, he warned: “I must say that strengthening deterrence is no longer enough,’ he said, adding that ‘Putin will not stop in Ukraine if he will not be stopped.

“It is our collective duty as a nation to help all Ukrainians with all means available. 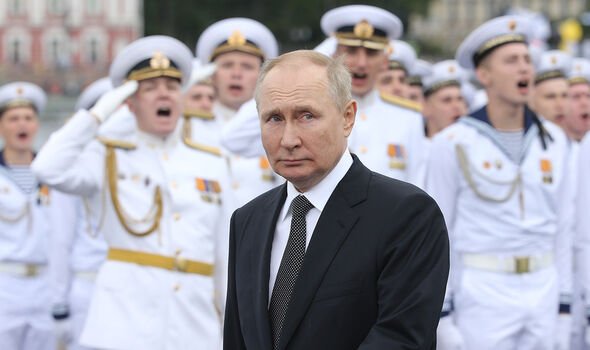 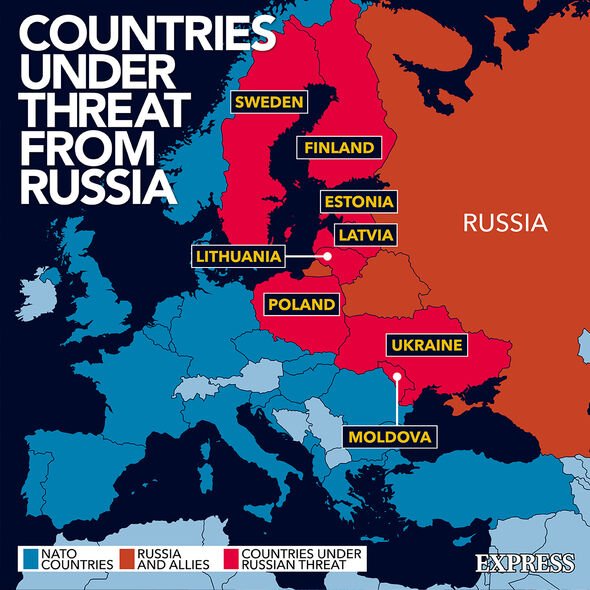 “By saying all, I mean, indeed all means all, if we want to avoid the Third World War. The choice is in our hands.”

Finland and Sweden – two countries that have historically maintained military neutrality – are joining NATO in response to Russia’s aggression in Ukraine.

Moscow hasn’t stopped its sabre-rattling, however, as two Russian MiG-31 fighter jets are suspected of violating Finnish airspace this week.