The daughter of Alexander Dugin, an ultra-nationalistic philosopher and the alleged architect of the Ukraine war, was killed by a car bomb that exploded on Saturday night. Daria Dugina, 29 years old, herself a highly controversial figure, ultra-nationalist and pro-war, was blown up in the bomb that is thought to have been intended for her father. The FSB claims a mother serving in the Ukrainian army slipped into Moscow to assassinate Ms Dugina before escaping to Estonia in a Mini Cooper.

Estonia has hit back at this accusation, labeling the Russian claim a “provocation”.

Speaking on television on Tuesday, Urmas Reinsalu, Estonia’s Foreign Minister, said: “We regard this as one instance of provocation in a very long line of provocations by the Russian Federation, and we have nothing more to say about it at the moment.”

Russian officials said Natalya Vovk brought her 12-year-old daughter to the capital to help her stake out Ms Dugina who was killed by a bomb planted under the seat of her car on Saturday.

The FSB released a passport photo of Ms Vovk alongside a video purporting to show her in Moscow. 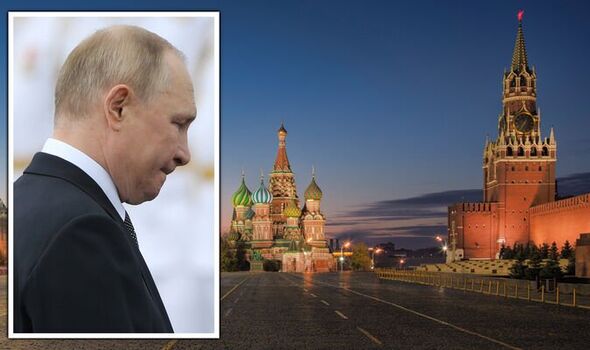 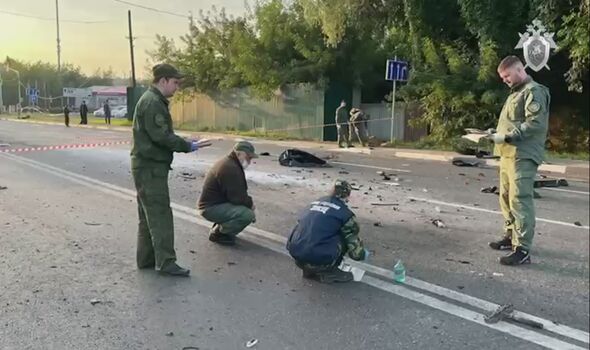 However, other suspects include rogue Russian security agents and resistance fighters, determined to overthrow Putin’s regime.

He told The Daily Beast: “The blowing up of the car of the famous Russian fascist and ideologist of the Putin regime, Alexander Dugin, was organised, it seems, by the Russian security services.

“The Ukrainian special services, involved in a deadly battle with the aggressor on the territory of Ukraine, are unlikely to be able to send their officers to Moscow to organise terrorist attacks there.”

The historian described Mr Dugin as an “odious” part of Russia’s regime and hinted the wealth and power of “Putin’s Rasputin” may have made him a prime target for rebels.

He added: “This is no longer an abstract war that you watch on TV.

“This is already happening in Russia… terrorist attacks are already being carried out in the Moscow region.” 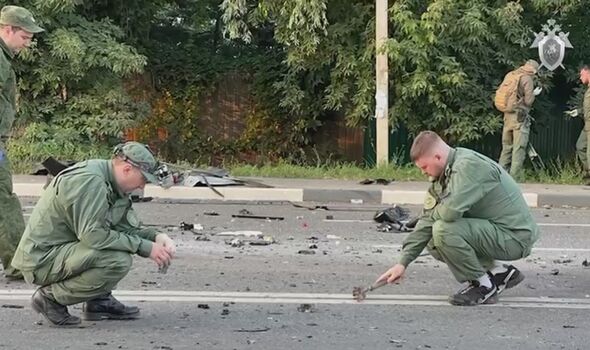 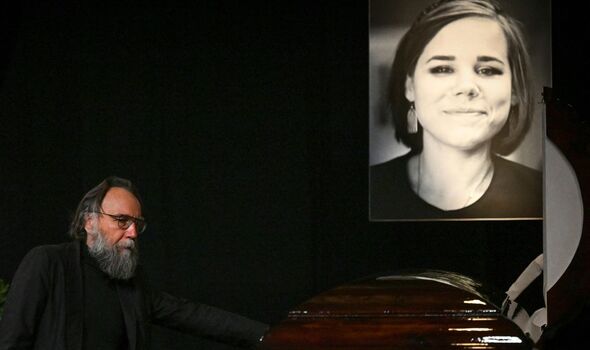 Murmurs of discontent have been circulating for months, with heavy military losses and severe Western sanctions believed to be hitting Russian morale.

Ukraine’s spy chief has claimed a coup to remove Putin has been underway for months and predicted he will be defeated in his country by the end of the year.

Major General Kyrylo Budanov, 36, told Sky News in May: “The breaking point will be in the second part of August.

“Most of the active combat will have finished by the end of this year.

“It will eventually lead to the change of leadership of the Russian Federation. This process has already been launched.”

There are now fears Putin’s top generals will also be targeted in assassinations by rogue FSB spy agents to further destabilise the President’s grip on power.