An in-depth analysis of key figures suggests that around 40 percent of Russia’s GDP is under threat of being lost due to businesses withdrawing, putting more than five million jobs at risk. The Russian economy is overly dependent on energy exports to Europe – which are believed to be the main source of funding for Vladimir Putin’s war machine – leaving the Russian despot facing an unaffordable war in Ukraine and domestic unrest.

The authors of the study said that media reports of the state of the Russian economy since the invasion began have relied on “increasingly cherry-picked” releases by the Kremlin, “selectively tossing out unfavourable metrics while releasing only those that are more favourable”.

These selected statistics are “carelessly trumpeted” by “well-meaning but careless experts” which paint the war as one of attrition for the West while Russia privately prospers.

However, the Yale School of Management study has used “unconventional” data sources to build a true picture of the state of the Russian economy, which shows it is in sharp decline “despite Putin’s bellicose delusions of total self-sufficiency”.

It cited a further paper, published by Carnegie, which stated: “The Kremlin is afraid of publishing data that reveal the full scale of the economy’s collapse.” Dylan Burns, a journalist on the front line in Ukraine, added that the data showed the Russian economy “is collapsing”. 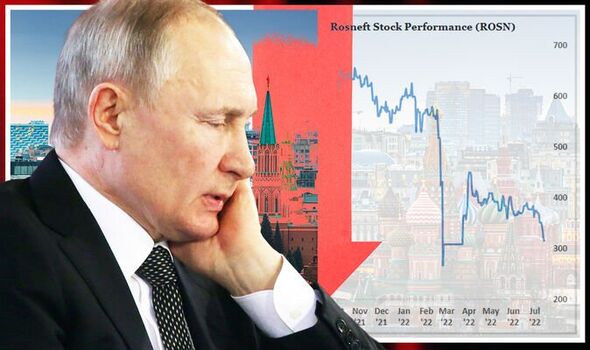 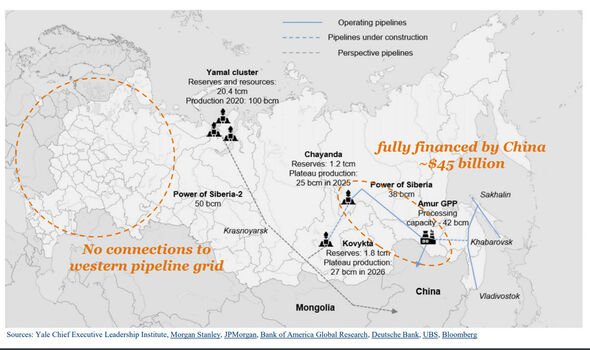 Since the war began, Western nations have passed sweeping sanctions that have blocked many Russian exports, including oil and gas which comprises around 60 percent of the Kremlin’s revenue.

By the Kremlin’s own statistics – which it last reported in May – oil and gas revenues from exports dropped by half compared to the month before.

This has had an impact on Russia’s strategic position as an exporter of commodities to countries in Asia which are still trading with, which has “deteriorated dramatically”.

The Yale study wrote: “Its isolation from the west has devastated Russia’s strategic hand in negotiating with China and India, notoriously price-conscious buyers who retain close ties to other major commodity exporters.” 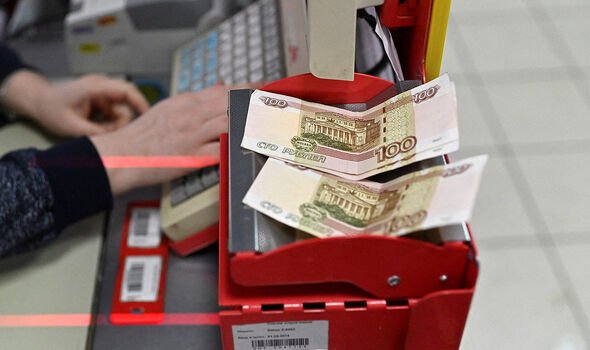 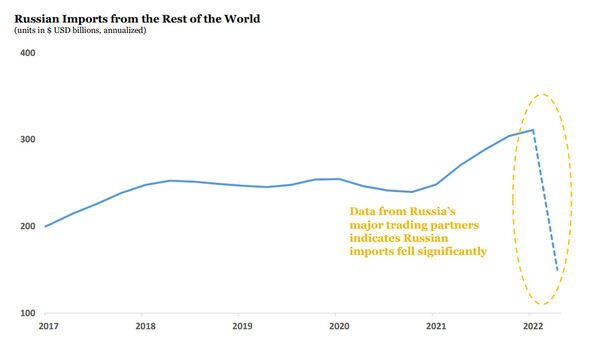 Chinese imports of Russian oil have risen sharply, but Russian oil has dropped to $35 (£30) a barrel less than the US equivalent. Russia also lacks the infrastructure to pipe large volumes east, while it has an extensive network of oil pipelines into Europe – complicating Putin’s self-professed desire for a “pivot to the east”.

Even before the war in Ukraine pushed Europe to halt the Nord Stream 2 pipeline and pledge to divest from Russian fossil fuels, EU leaders had accused Putin of manipulating supply to increase demand and therefore prices.

But, the Yale authors said, “there is some irony that although Europe has understandably cried foul at Russia’s politically motivated attempt to weaponise energy, particularly gas, the Russian economy is hurt the most by shifting natural gas supply chains”.

Exports are just one side of the story, though, and Russian imports have been severely hurt as Putin made his country into a pariah state on the world stage. 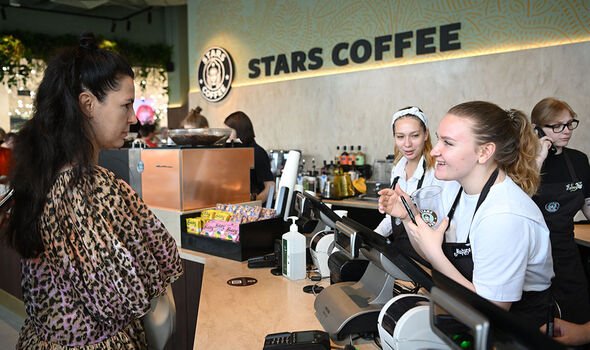 Figures revealed that imports into Russia made up about 20 percent of its GDP, with the domestic economy largely reliant on foreign goods. The study found that imports fell by more than half in the initial months after the invasion began.

Its authors noted: “Even on imports, Russia needs its trade partners far more than its partners need Russia.” Strikingly, in a sign Putin’s closest trading partner lacks faith in the Russian economy, China has cut exports to the country by more than half between January and April this year.

The Yale study found that “well over” 1,000 companies from around the globe had publicly announced they were voluntarily curtailing their Russian operations. They include pharmaceutical companies Bayer, Pfizer and GSK, energy firms Total and ExxonMobil, as well as large consumer brands Unilever, Procter&Gamble and McDonalds.

Their value to the economy is estimated to exceed $600billion (£507.1billion), meaning the retreat “in the span of three months has almost single-handedly reversed three decades’ worth of Russian economic integration with the rest of the world”. 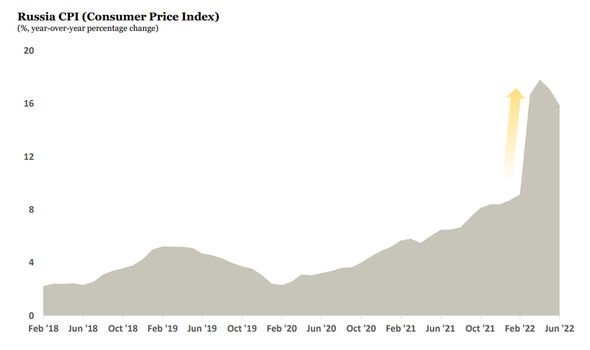 With even the Mayor of Moscow expressing concern over the unemployment rate, some half a million Russians have fled the country – half of which are highly-skilled, and many deemed wealthy individuals.

Those left behind are facing an unparalleled cost of living crisis, with Russia’s CPI index showing 20 percent inflation – half of the record 10 percent facing Britons at the moment. Retail sales and consumer spending have nosedived in step, contracting 20 percent in May compared with the previous year.

Car sales have disappeared, with purchases of both domestic and foreign brands drying up. The Yale study found that sales of foreign cars “ground to an almost complete standstill” as supply evaporated. Anecdotal reports suggest Russians – both at home and in the military – are having to “cannibalise” old appliances for machine and automobile parts.

Putin’s “delusions” of self-sufficiency have led him to ramp up domestic production to replace foreign imports – but this too has spectacularly backfired.

Production of automobiles has “plummeted” in the absence of raw materials from international suppliers, meaning “even at these minimal production levels, significant shortcuts are being taken”. The Kremlin has suspended safety requirements, meaning cars are being made without airbags and anti-locking brakes.

The authors concluded: “Putin is resorting to patently unsustainable, dramatic fiscal and monetary intervention to smooth over these structural economic weaknesses, which has already sent his Government budget into deficit for the first time in years and drained his foreign reserves.”