Joe Biden 'did nothing' in summit with Putin says host

The Royal Navy’s flagship HMS Queen Elizabeth aircraft carrier has been repeatedly “buzzed” by Russian Sukhois and Migs since it departed on its maiden voyage. Crew aboard the £3 billion warship had been expecting to focus on preparing bombing raids on the remnants of Islamic State in Syria and northern Iraq as part of Operation Shader.

But on Sunday, while they prepared two F-35B fighter jets to begin their first ever combat mission against IS, two further jets had to be deployed to investigate Russian aircraft overhead.

Captain James Blackmore, Commander of the Airgroup, told the Telegraph that they had seen a “mixture” of Russian Sukhois and Migs and that they were in “visual range of the pilots”. 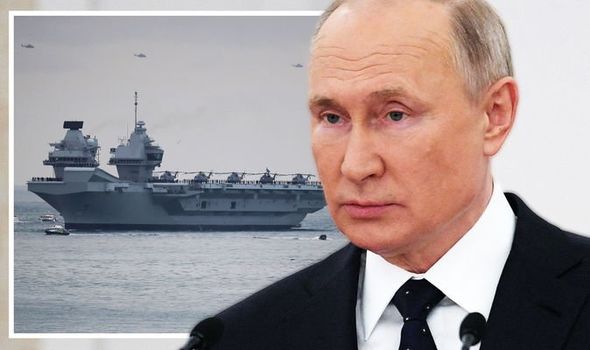 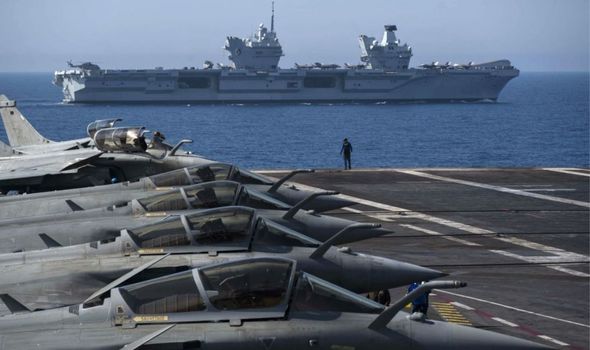 “It is the first time you put F-35s into the eastern Mediterranean, so of course Russia wants to come and look over those.

Defence sources said that Russian activity had been “busy”, with Vladimir Putin’s forces monitoring the ships across all domains.

A Grigorovich-class frigate has been spotted on the surface, while submarines are also tracking the movements of Britain’s flagship fleet, they claimed. 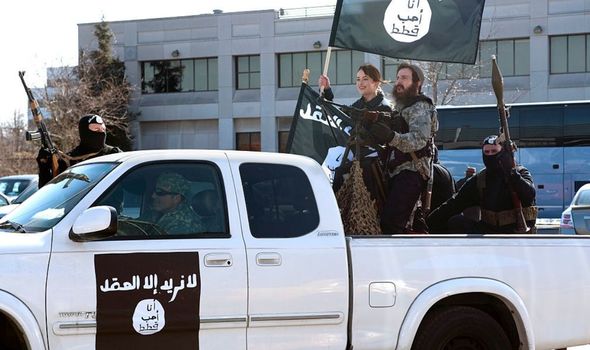 After leaving the Mediterranean, the group’s nine ships, 32 aircraft, and 3,700 personnel will head to the Indo-Pacific region, visiting India, Japan, the Republic of Korea and Singapore.

US Marines are accompanying the UK forces – highlighting the “special relationship” that Britain enjoys with American both diplomatically and militarily.

The group is due to arrive in the Indo-Pacific region as tensions rise between an increasingly aggressive China and its neighbours. 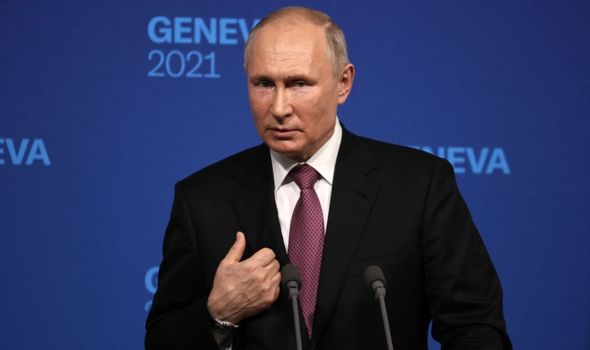 South Korea, Japan and Taiwan have all expressed alarm at the behaviour of Xi Jinping’s bullying regime.

The strike carrier group is designed to be a show of Western military strength and unity with these nations – who live under the shadow of the repressive community state.

And while its future aim will be to deter Chinese aggression, it is important that Russia also understands the UK’s military prowess, Captain Blackmore said.

He explained that it was imperative that they “demonstrate our capability and our intent in the eastern Mediterranean as well”. 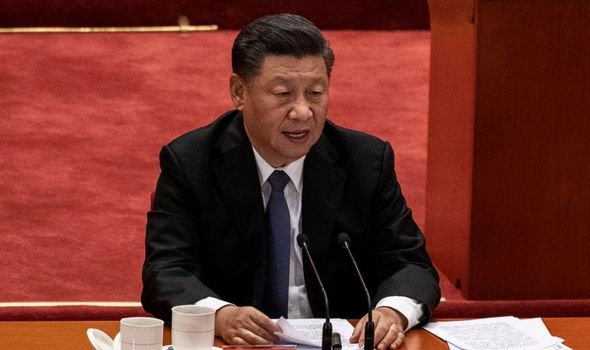 He added: “I’ll be using helicopters as well against any of their surface units that might come near us, or their helicopters.”

Defence Secretary Ben Wallace said: “The ability to operate from the sea with the most advanced fighter jets ever created is a significant moment in our history, offering reassurance to our allies and demonstrating the UK’s formidable air power to our adversaries.”

Mr Wallace added that the CSG was a “physical embodiment of Global Britain and a show of international military strength that will deter anyone who seeks to undermine global security”.