A freight train packed with military vehicles and Russian weapons has been filmed reportedly making the journey towards the frontline in Ukraine. The repositioning of military equipment has been suggested to mark an escalation in the conflict as Vladimir Putin hopes to reclaim territory in Ukraine that has been liberated from Russian occupiers as part of a renewed counter-offensive operation. Independent defence analyst Konrad Muzyka has claimed the train is likely carrying kit belonging to the 12th Main Directorate of the Russian Ministry of Defence, the unit directly responsible for the storage, maintenance and transport of nuclear weapons.

The footage of the freight train has been released to social media from an original post on the pro-Russian Rybar Telegram Channel.

A caption accompanying the video clip read: “A closer look revealed the KamAz-43269 ‘Vystrel’ with ‘Spitsa’ combat modules standing on the platforms. They are equipped with a 30mm 2A42 gun, PKT machine gun and automatic AG-30 grenade launcher.”

The KamAz-43269 is a model of Russian personnel carrier which has been reinforced and modified to include high-powered artillery that can be remotely operated.

A vast quantity of standardised large personnel trucks can also be observed on the train, used for transporting and repositioning Russian troops. 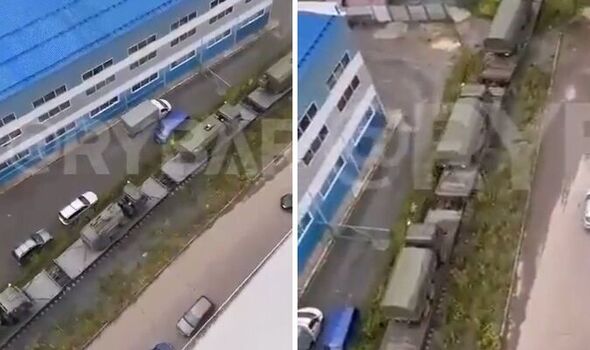 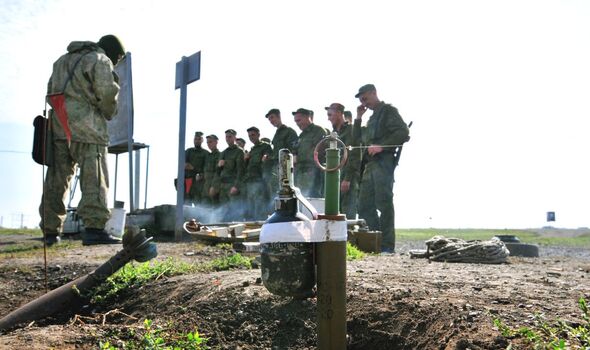 In response to the video, defence analyst Konrad Muzyka said: “This train is actually carrying kit belonging to the 12th Main Directorate of the Russian Ministry of Defence. The directorate is responsible for nuclear munitions, their storage, maintenance, transport and issuance to units.”

In another Tweet, he added: “Does that mean that this video shows preparations for nuclear release? Not really. There are other likely explanations.

“It could be a form of signalling to the West that Moscow is escalating. Russian RVSN forces usually train extensively during the autumn.”

He continued: “Russia may conduct GROM strategic deterrence exercises in October, so this train could be showing a prep for this drill.”

The GROM exercises, named after the Russian word for thunder, are a phase of military training designed to inform troops on how to behave in the event of a global nuclear conflict. 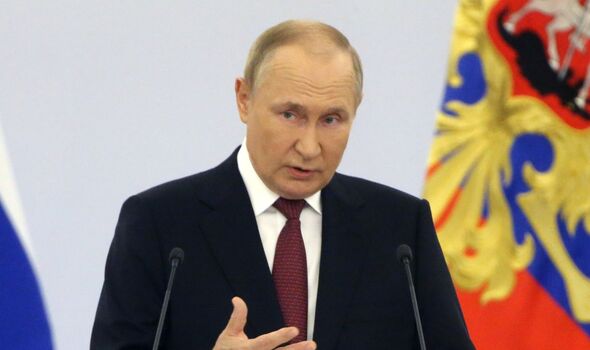 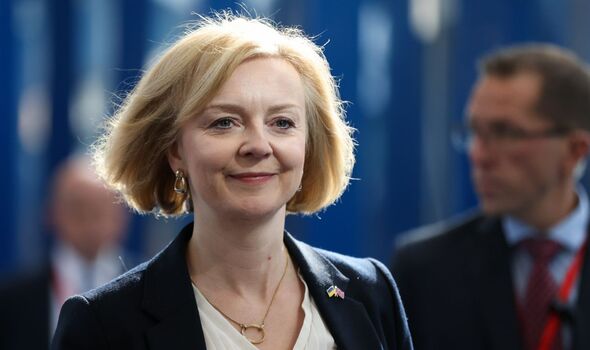 The 12th Main Directorate of the Russian Ministry of Defence is responsible for the state’s nuclear arsenal. This usually involves ensuring nuclear weapons are well-maintained and any testing or training exercise is conducted with the relevant ecological safety requirements in place.

The directorate is also responsible for the provision of such weapons to the RVSN forces, the Strategic Rocket Forces of the Russian Federation, which control the nation’s intercontinental missiles.

The movement of weapons with such potential for global devastation could be taken as a further “signal to the West” that Vladimir Putin disapproves of NATO intervention in the Ukraine conflict.

The news comes after President Putin issued a fierce reminder of Russia’s nuclear power to Ukraine’s Western allies during a nationwide address. 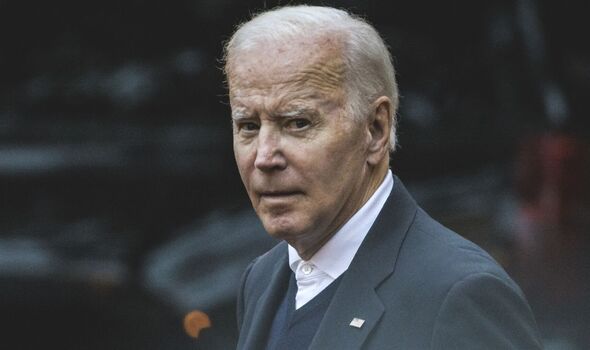 Putin shamed NATO for condemning the invasion of Ukraine as he said: “I would like to remind those who make such statements regarding Russia that our country has different types of weapons as well, and some of them are more modern than the weapons NATO countries have.

“In the event of a threat to the territorial integrity of our country and to defend Russia and our people, we will certainly make use of all weapon systems available to us. This is not a bluff.”

In response to President Putin’s declaration, world leaders, many of whom had gathered in New York for the UN General Assembly, issued statements criticising the Kremlin’s threat of nuclear war.

President Joe Biden described the announcement as “reckless” and asserted the US would continue to object to Putin’s “extremely significant violation” of UN protocol.