The Defence minister reacted to the Russian dictator’s live speech to the West. This is the first time that Putin has done a major speech since he announced the invasion of Ukraine, well over six months ago. Ms Keegan claimed that some of his language was concerning and called for calm. The British politician explained that his latest actions were an escalation and sympathised with ordinary Russian civilians who will now be conscripted into the illegal war in Ukraine.

Speaking to Sky News, Ms Keegan said: “Let me be clear these are Putin’s lies that he is continuing to completely misrepresent the war in Ukraine.

“It’s an illegal war in Ukraine and we will of course still stand by Ukraine as will all of our NATO allies.

“Some of the language there was quite concerning and obviously we would urge for calm.”

Asked about the threat of his nuclear weapons, she added: “Clearly it is something we should take very seriously because we’re not in control, I’m not sure he’s in control either.

“This is obviously an escalation and for the Russian people now who will be conscripted into this war.

“It’s hard to know what’s going on in Russia as well.” 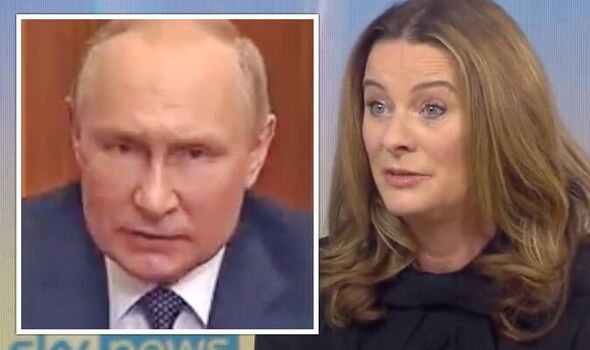