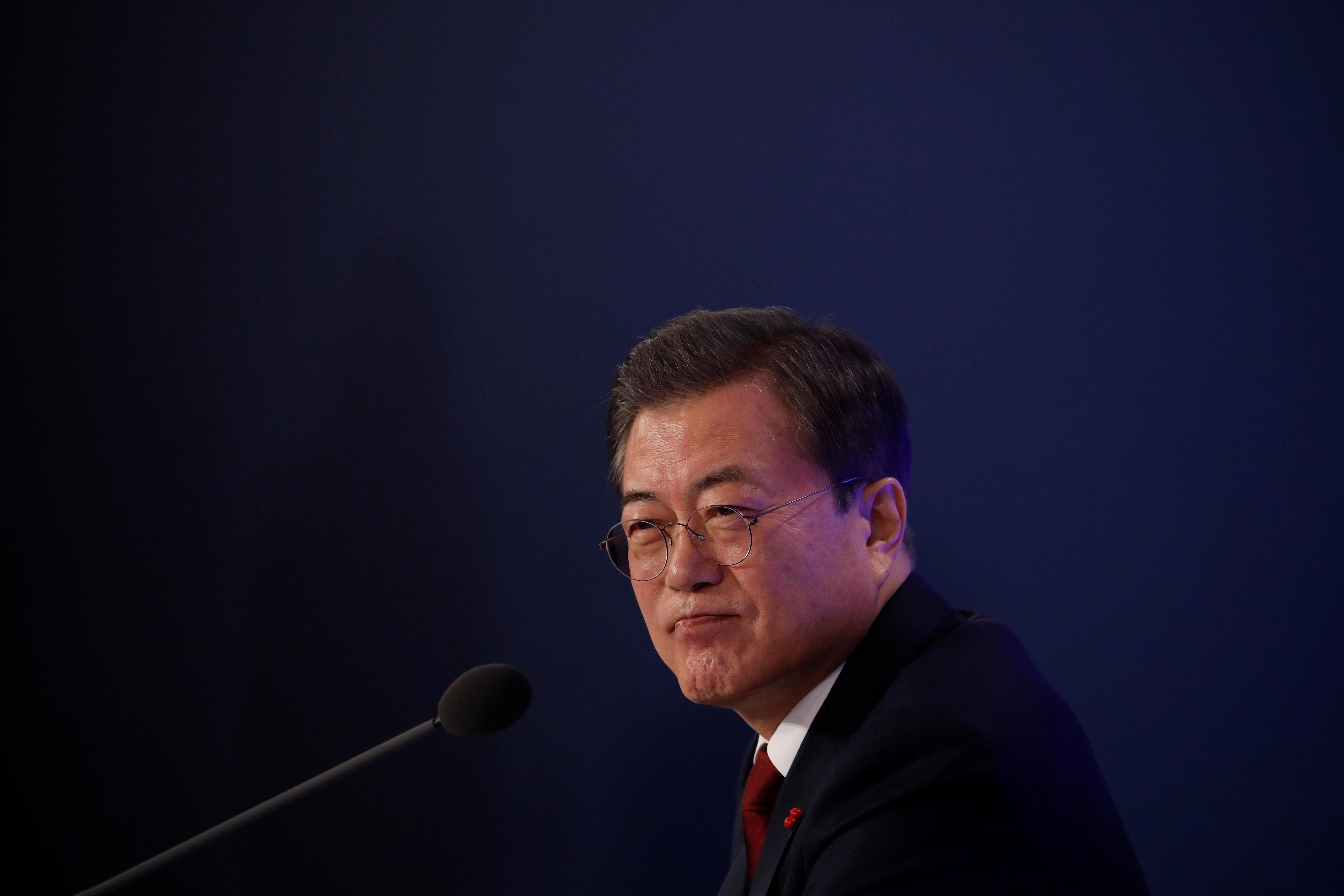 SEOUL (Reuters) – South Korean President Moon Jae-in’s approval rating have dropped to their lowest since November, a poll showed on Friday, amid growing criticism of his government’s handling of the coronavirus outbreak.

South Korea reported 256 new virus cases on Friday, bringing its total to 2,022, the most infections outside China, where the virus emerged late last year.

Realmeter, which surveyed some 1,500 people on Tuesday and Wednesday, said Moon’s popularity fell to 44.7%, down from about 50% before the country confirmed its first case of virus infection on Jan. 20.

It also marked the lowest since November, when North Korea fired a series of missiles and signs of friction emerged with the United States over policy on Japan and a bilateral defense cost-sharing deal, the Seoul-based pollster said.

Some of the biggest drops in Moon’s ratings came from the southeastern city of Daegu, where a church at the center of the virus outbreak is located, and North Gyeongsang Province, which has the second highest number of cases.

Sudden surges in infections over the past week have triggered criticism of the government, particularly a decision not to impose a blanket ban on people entering from China in favor of limiting arrivals.

The deteriorating sentiment has prompted more than 1.2 million people to sign a petition demanding Moon’s impeachment.

Moon’s office, which had promised to respond to any petition gathering 100,000 or more signatures, said it was working on an answer.