Home » World News » Red sky meaning: What does it mean to see a red sky in the morning?

Red skies are a common sight in the first few months of the year, particularly in the early mornings. But what causes the sky to turn a red colour? It could all be related to pressure changes in the air.

Winter mornings can make it very difficult to get out of bed in the early hours.

It’s cold and dark outside, and most people would rather stay in bed where it’s warm and cosy.

But on rare occasions, the view outside can make your mornings just a little bit easier.

One of those occasions is when the sky is a beautiful red colour, just as the sun rises over the horizon. 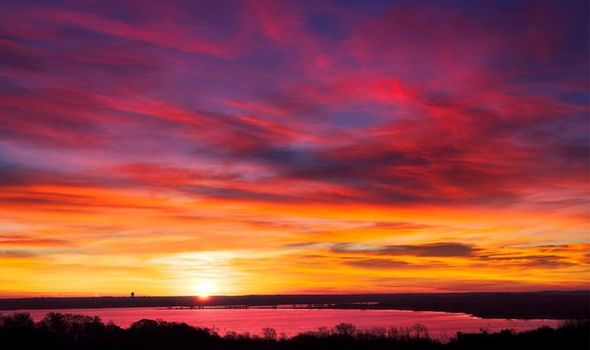 What does it mean to see a red sky in the morning?

The latter half of the rhyme suggests that red sky in the morning will be followed by bad weather throughout the day.

In some parts of the world, that may actually be true; particularly in the UK.

Wind usually moves from west to east in the UK, meaning that red sky in the morning usually means a clear sky in the east.

But, it also means that it’s cloudy overhead, and that clouds are heading eastward as the day goes on.

The more clouds there are, the higher the probability of rain.

So if you plan on hanging your washing outside after a red sky morning, you may want to think twice. 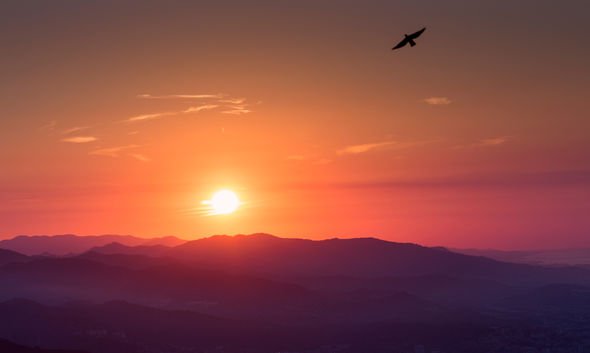 What causes a red sky in the morning?

The red sky is usually caused by subtle air pressure changes in the colder months.

High pressure days usually lead to cold, dry days with a fair wind; most often seen during the winter.

But periods of high pressure can also trap debris – like dust and smaller particles – within the atmosphere.

As the sun rises over the horizon, red wavelengths find it easier to pass through the air than blue wavelengths.

The blue wavelengths may be deflected by the trapped particles in the atmosphere.

That means that it’s only red wavelengths to fill the morning sky.

This type of light is also reflected by the white clouds in the sky.

So, the stereotypical wintry mornings will also cause a hint of pink in the sky.