SUIFENHE, China (Reuters) – A timber mill on China’s northeastern border with Russia was buzzing with activity this week as dozens of workers sorted, cut and stacked logs. But many of the mill’s machines lay idle – casualties of China’s fight to contain the new coronavirus.

Still, the mill is a story of relative success in Suifenhe, a remote city that has recently been hit hard by the coronavirus after being spared for weeks as the outbreak ravaged other parts of China.

The plant in the small city in Heilongjiang province, dotted with onion-domed buildings and shops signs in both Chinese and Russian, employs about 200 workers when production peaks during the logging season.

But the fear of the coronavirus has kept two-thirds of its workers away.

“They very clearly said ‘we are scared, so we don’t want to come’, and we can’t force them to come,” said Su Wei, who heads production and sales at the wood-processing factory.

While China has seen a sharp decline in coronavirus cases, it has been battling a surge in imported cases, most of them Chinese nationals coming home.

Suifenhe, just 120 km (75 miles) from the Russian port city of Vladivostok, has emerged as a new hot spot because of an influx of Chinese citizens arriving from Russia overland.

The town declared a residential lockdown on April 8, allowing people to leave their homes once every three days, disrupting life and straining its economy.

As of Monday, the town had 322 of a total of 326 imported cases in all of Heilongjiang province.

Huang Jinman, a 45-year-old worker at the timber mill, was worried about returning to work, but said precautions taken by his company had helped allay his fears.

“They give us masks and check our temperature every day. We don’t go anywhere else besides home and factory to minimise contact with others,” said Huang.

“This epidemic felt like it was very far away,” said Su.

But by late March that changed, with the first talk of imported cases. On April 2, the Heilongjiang provincial health commission reported four new cases.

Su said workers who came from other cities started leaving, with about half of the factory’s staff disappearing.

Customers have also hurried away.

The mill has seen a drop in orders of about 30%, Su said, but many of the town’s small businesses that depend on trade with Russia have been hit much harder.

Deliveries are down by 80% for Pan, a wholesaler of imported Russian goods, who gave only his last name.

“Orders aren’t coming,” he said, speaking from his store in the Yige’er Russian Market, where Suifenhe’s importers and wholesalers trade goods from Russia.

It was half empty on Wednesday, with many storefronts sealed.

But even the traders who have stayed open fret that their customers might be carrying the coronavirus.

“I’m scared to even let them in,” said a woman surnamed Yang who runs a Russian grocery. “How can you not be afraid?” 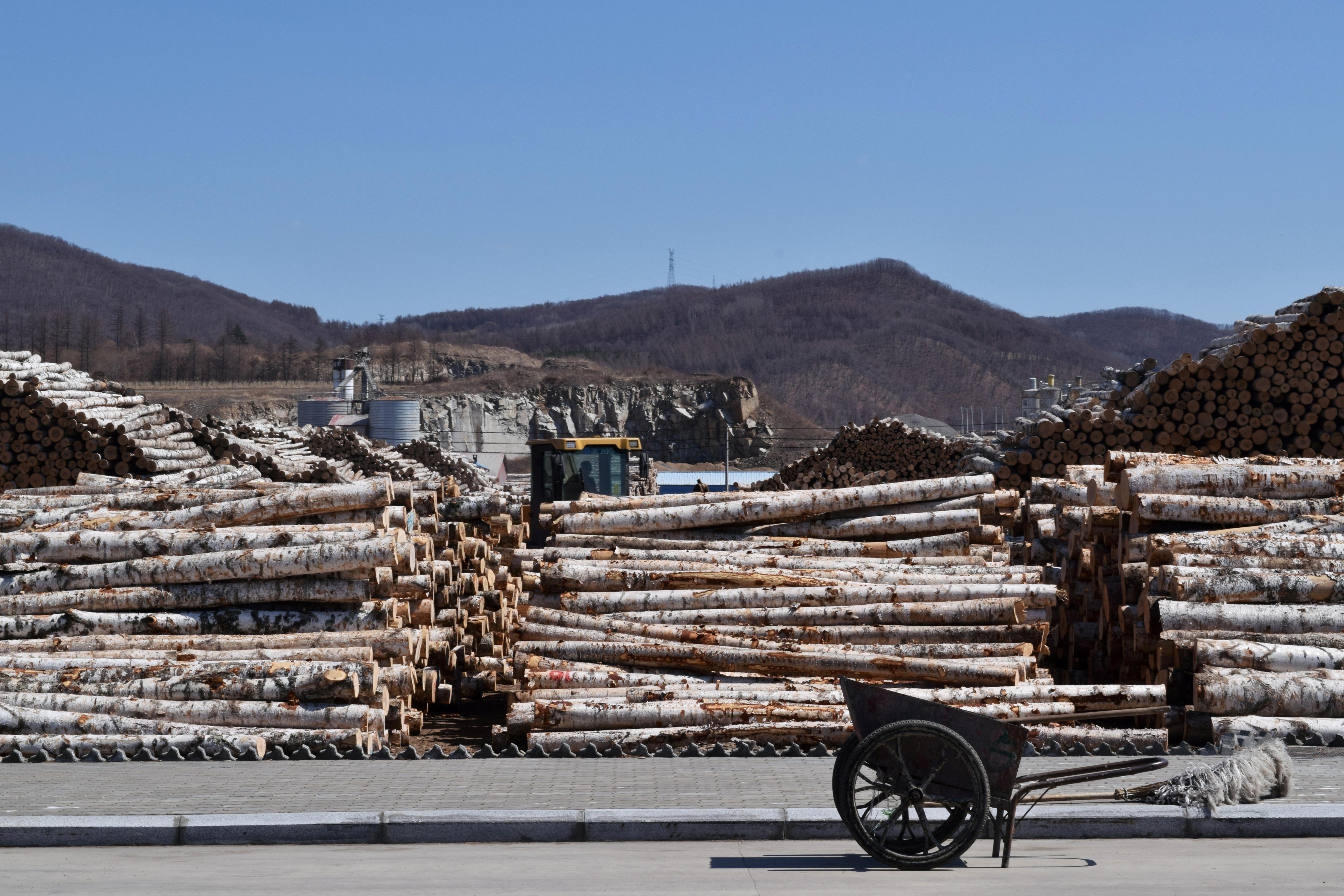 On a Suifenhe corner, near the town’s old Russian-language school, a few dozen laid-off workers stood around in the hope someone would give them work for a day.

The Suifenhe government has said daily wage workers should get permits but Zhang Mifu, one of the men waiting by the road, said he and the others had not been able to get them.