At least six dead and 19 rescued as authorities hunt for more survivors after collapse of unlicensed mine in Sulawesi. 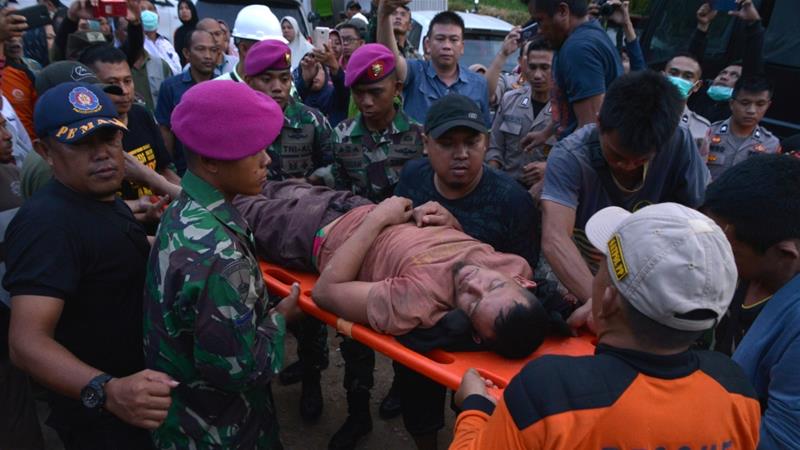 A gruelling search and rescue effort has saved 19 people from a collapsed gold mine in Indonesia’s North Sulawesi province, but several dozen miners remain trapped in the debris.

Abdul Muin Paputungan, a disaster official in the Bolaang Mongondow district, said about 40 people remained buried beneath soil and rocks as of Thursday. Six people had been confirmed dead, he said.

Photos showed a trapped miner’s arms reaching through a gap in the rocks and rescuers toiling through the night in arduous conditions.

“The land contour is worrying, with an 80-degree slope, so it’s pretty steep, and we don’t want any unwanted things to happen,” said local police chief Gani Fernando Siahaan.

Makeshift wooden structures in the illegal mine collapsed on Tuesday evening due to shifting soil and the large number of mining holes.

Rescuers said earlier they could hear the voices of some of those trapped in makeshift mining shafts.

“We are able to detect that many of them are still alive because we can hear their voices, as there are some places where air is getting in and out and there are gaps in the mud,” Paputungan said.

Search-and-rescue teams and military officers were working together using light tools such as spades and ropes because conditions remained dangerous, with the land still prone to shifting and sliding.

“We can’t use heavy machinery because the location is very steep … it could endanger the victims,” Paputungan said.

Sutopo Purwo Nugroho, spokesman for the disaster agency, said dozens of people had been mining for gold when beams and support boards broke suddenly.

“Evacuation efforts continued through the night because of the number of people estimated to be buried,” he said.

Images released by the agency showed rescue workers and local residents on a muddy hillside at night, scrambling to pull out survivors and carry them away on stretchers.

Wahdiana Mantang, the head of a local hospital, said nine patients had been released following the accident and several others were being treated for injuries.

“They’re suffering from lacerations, gashes and some have broken bones,” she added. 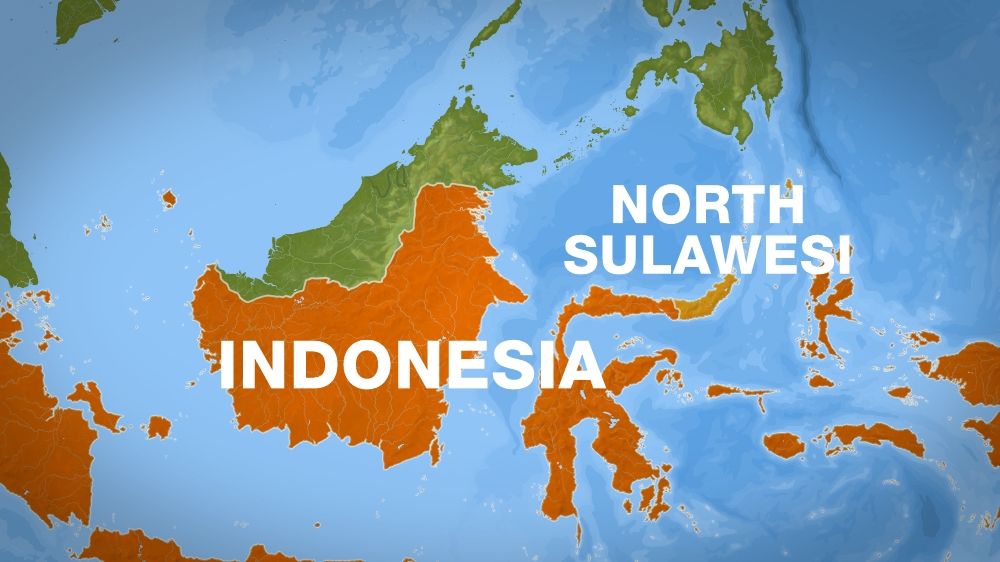 Informal mining operations are commonplace in Indonesia, providing a tenuous livelihood to thousands who labour in conditions with a high risk of serious injury or death.

The central government in Jakarta has banned such small-scale gold mining, although regional authorities often turn a blind eye to the practice in more remote areas.

At least five people were killed in the same area of Sulawesi last year after an illegal mine collapsed during heavy rain.